Argentina Are Champions Of The World Cup 2022

It was a moving day for both France and Argentina and a tantalizing match to watch for football fans all over the world. 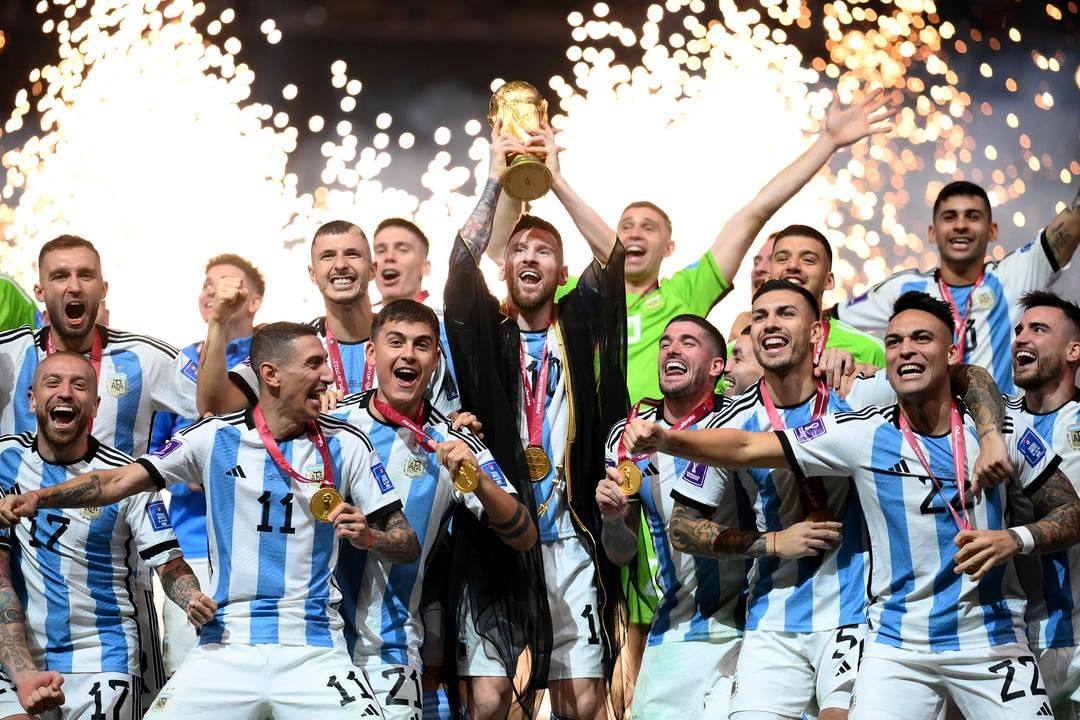 The world witnessed a thrilling World Cup Final between France and Argentina on Dec 18th in Qatar. France had been favourites to win as they were reigning champions since the last World Cup in 2018, however Argentina was hungry to be the champions as they had not won a World Cup since the famed Argentinian football legend Diego Maradona won it in 1986.

Lionel Messi who is considered one of world’s best football players of this era was in the limelight as he took the first penalty kick for Argentina in the 23rd minute, sending fans in jubilation, waving flags and jumping up and down as France was stunned into silence. The strike also pushed him passed Mbappe to be the tournament’s leading scorer with six goals. Messi’s penalty conversion also meant that he broke the record for the most minutes of World Cup football played by a single male footballer. A second goal scored by Di Maria put Argentina in the lead by the time the match reached half time. The opening 45 minutes was completely dominated by the Argentinian team with three shots on target and 59.3% more possession than France.

As the second half of the game commenced, the trend continued with lack lustre performances from France until they were awarded a penalty in the 80th minute. Mbappe takes the penalty successfully, and the French crowd erupts in euphoria as if revived in their hopes that now they have a slim goal difference and time on the clock to perhaps turn things around. True enough, two minutes later, we see Mbappe score another goal which then saw both teams at a 2-2 draw. Disbelief was seen on the faces of Argentinian players and renewed motivation for the French players to play on with the positive momentum they had going for them. But, after a chaotic end with a few chances on both sides that never materialised into any goals, the score remained the same at the end of normal time, sending the teams into extra time.

In extra time, Lionel Messi sends the crowd screaming in ecstasy again as he scores a goal, but not long after a handball places a penalty shot into the arms of France as Mbappe once again takes it and scores, sending him also to the top-scorer’s list for the World Cup. The game is at this stage looking like it would go to penalties.

In the end, even though Mbappe scores in the penalty round successfully and achieves a hat-trick, France failed to convert two out of five penalties. Ultimately it was misery for France and euphoria for Argentina who were crowned champions of the 2022 World Cup in Qatar.

Some accolades were obtained in the tournament namely the Golden Boot which was awarded to Killian Mbappe of France and the other awards going to Argentinian players – the Golden Ball awarded to Lionel Messi, the Golden Glove awarded to goalkeeper Emi Martinez, and the Young Player Award awarded to Enzo Fernandez.

It was a moving day for both France and Argentina and a tantalising match to watch for football fans all over the world.