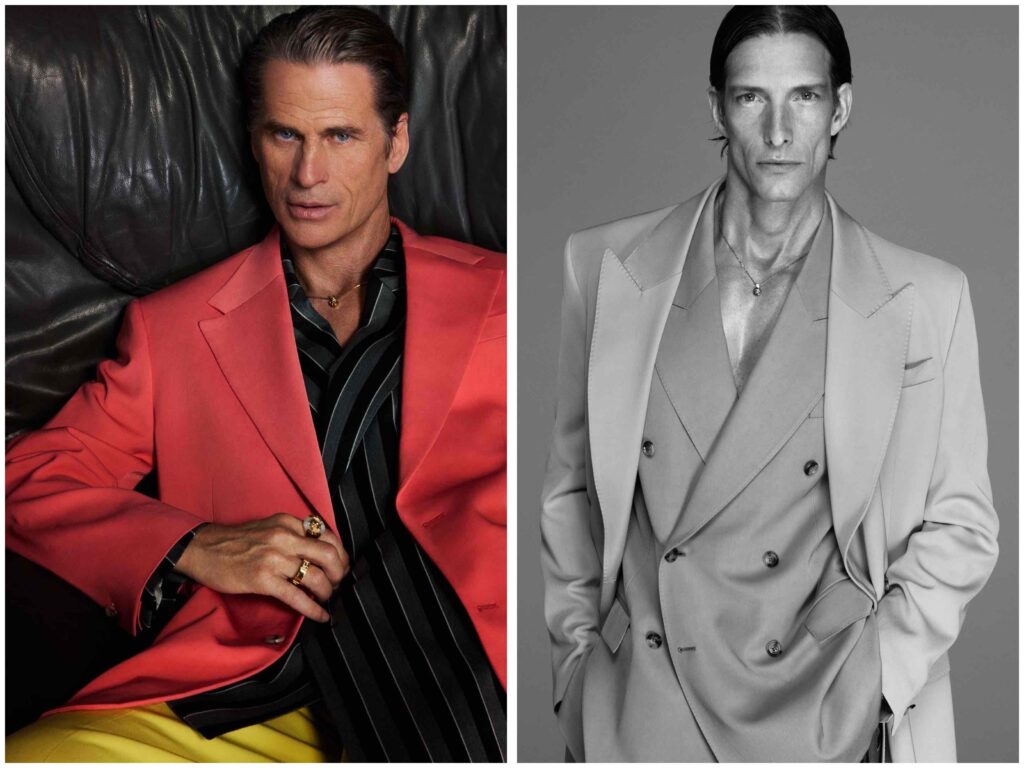 As a tribute to past photographers, Mert & Marcus created a series of studio portraits, echoing the original 1996 campaign where both male supermodels made their Versace debut. Both men wore fluid satin coats and tailored separates defining Versace’s proposition of modern male opulence.

“I love these images of Mark and Ivan. Since the 90’s they have defined what it is to be powerful, sexy, sensitive and caring. They are true Versace men—not afraid of expressing their creativity through clothing and their friendship through the closeness of their relationship.” – Donatella Versace