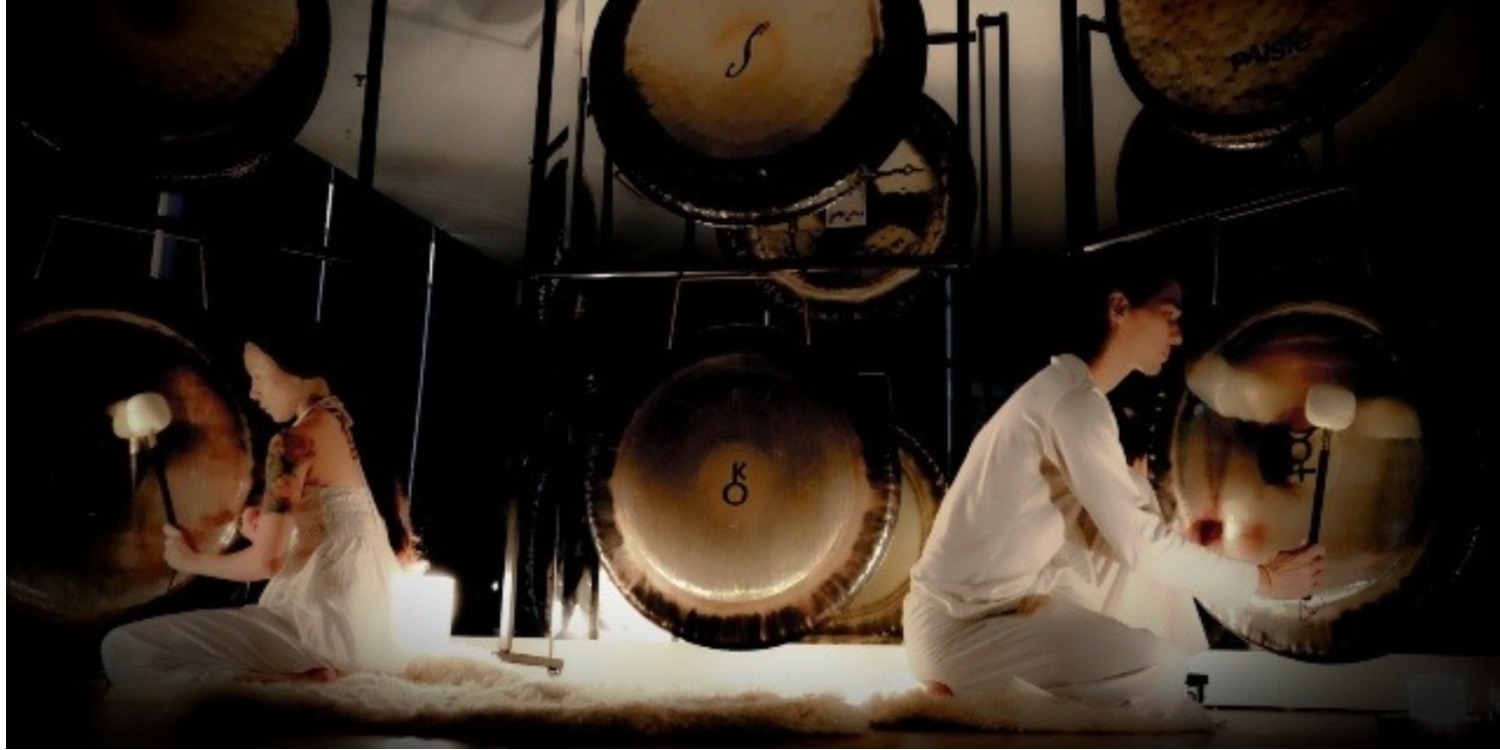 Beauty /
Fitness & Wellbeing
Sound therapy might be the best way to rejuvenate mind, body and soul.
by Aisha Hassan 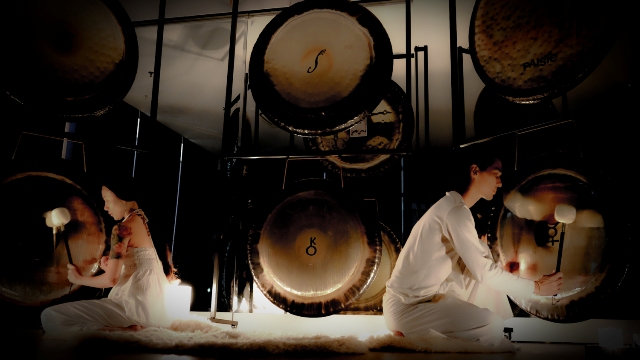 During a sound bath, “the psyche or the soul speaks up, and there’s always interaction happening,” says Lou. Image courtesy of Alchemie.

There was one question I asked myself as I lay suspended in a silk hammock, nestled like I was within a chrysalis or a womb—what should I expect? It was difficult not to have preconceptions before a sensorial surrender to the sounds of gongs and crystal singing bowls, but the point was that: surrender.

“Be open to receive,” encourages Lou, co-founder of Alchemie Boutique with his wife Devi, at the beginning of each sound bath session. As Lou and Devi expertly play the instruments, the vibrations form a sonic massage that gently affect each cell in the body. The sounds, quite literally, seep into your bones. Individual responses range from feeling an immense calm to various somatic reactions, or from an uncontrollable stream of thoughts to complete unconsciousness. Once, a particular note made me sneeze each time it was played, and Lou recalls a client feeling “tennis-ball-sized ‘bubbles’ of energy emerging from their body, popping up and floating away.” 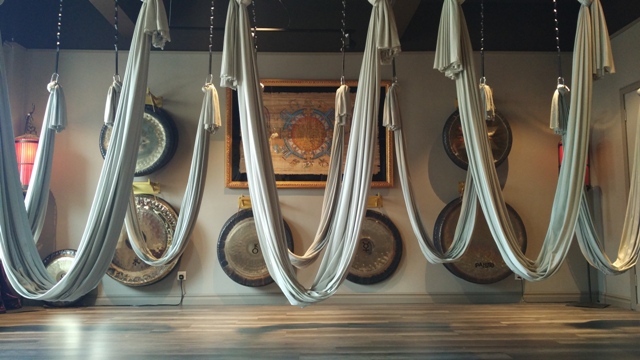 You can lie in the silk hammock as you please, whether that’s with pillows and blankets, on your back, or on your side. Image courtesy of Alchemie.

The long-term benefits are even more extraordinary. Whether it’s work-related stress, emotional strain, or sleep deprivation, negativity gets detoxed as the entire self is massaged back to harmony. “The sounds vibrate like an onion being peeled,” Lou explains. “At each layer, there is stress being released, and as you move through the layers, you discover more of yourself. It’s an accelerated process of self-discovery,” he continues. It becomes increasingly easier to access deep states of consciousness and to unearth messages otherwise hidden in the psyche. The more I listen to the music Lou and Devi play, the quicker I am able to slip into the place between sleeping and dreaming—I’ve never felt more in tune with myself.

Your mind is also becoming increasingly attuned as each sound bath imparts a greater sense of self-awareness. It becomes simpler to visualise what you want to achieve, project it to the universe, and subsequently, attract it. As Lou aptly says, “You’re now an Olympian throwing a javelin, not a child in the schoolyard.” Facilitating this process isn’t simple either. “As a healer, you are responsible for holding the space. We must listen to how the instruments sing and sound travels, as well as the interaction with the individual and collective consciousness. From there, we must know what to play in the moment,” Devi reveals. 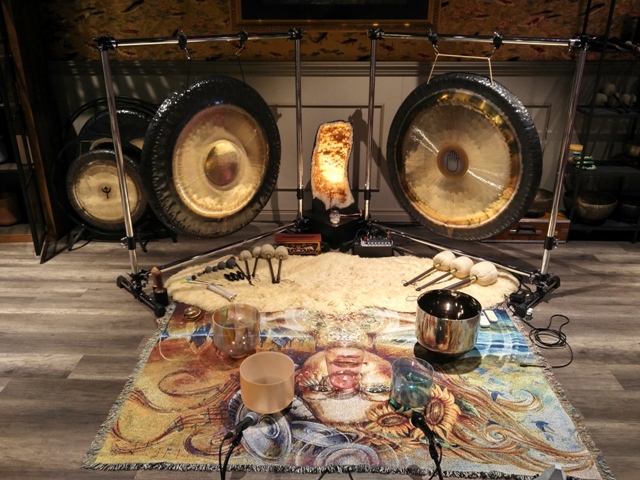 The selection of gongs and crystal singing bowls is the only predetermined aspect of the sessions. Image courtesy of Alchemie.

Each gong and singing bowl even has its own character, to varying effect. German brand Paiste, the world’s premier gong producer, have created instruments tuned to the frequency of the planets, or even their different astronomical periods based on the studies of Swiss mathematician Hans Cousto. The vibrations of different singing bowls create changing patterns in water (this process is called “cymatics”) and with 70% of our bodies composed of liquid, cymatics is a useful way to visualise how this 70% is moving in tandem with the music.

I’ve felt “spaced out” at the end of every single session, and this might be the most accurate term. It is no coincidence that in many myths of creation, existence is catalysed by a sonorous event. In ancient Vedic texts, the birth of the universe began with the cosmic hum, Aum, while in Christianity and according to its scripture, light was brought into being when the primordial voice uttered, “Let there be light.” The roots of all musical theory are steeped in ancient cultures and subsequently Pythagorean, then Platonic thought, which believed that audible sounds were an earthly reflection of the inaudible music that moves existence itself.

With all these in mind, I still don’t know what to expect each time, but I’ve learned to stop expecting. It’s practically cosmic, and how will we ever understand that?

BAZAAR Books
Here’s an intriguing blend of novels and non-fictions written by some of the sharpest minds in different spheres.
Type keyword(s) and press Enter
WordPress Lightbox Plugin