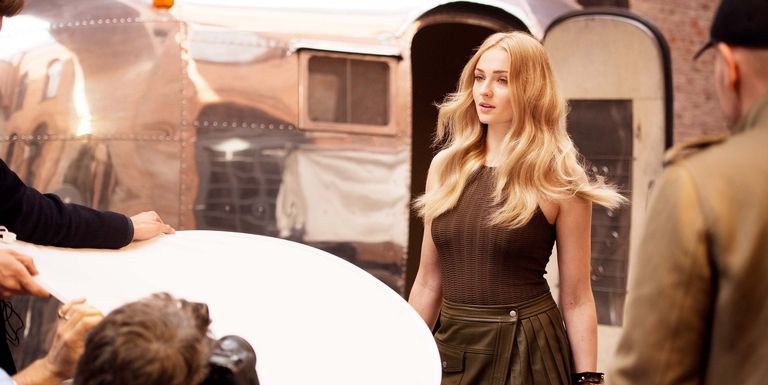 It was only a matter of time: the Queen of the North herself, Sophie Turner from Game of Thrones, has just landed her first beauty contract. The 21-year-old was just named the Global Brand Ambassador for Wella Professionals haircare.

Turner knows a thing or two about good hair days, considering she’s a natural blonde who dyes her hair red for her role as Sansa Stark on Game of Thrones. “My red hair represents the most amazing period of my life. It was the first time that I threw myself completely into something and transformed myself for it,” she told People. “It’s rewarding to know that I had red hair for a while. I’m proud of myself for doing that at such a young age because it can be quite daunting transforming myself.”

Hey #Wella loves! So excited to take over the account today. Just got my hair styled with EIMI and I love it. xo, Sophie #sophiexwella #speakEIMI

The actress told People that she’s even become fond of adopting certain hairstyles she’s worn on the show in real life. “For a really long time I was wearing my hair in a topknot and leaving the bottom of the hair loose, from Game of Thrones,” she says. “Maybe I would braid the top. So I was definitely taking Sansa inspiration circa season five-ish. But I’m always taking inspiration. In X-Men, there was an ’80s big hairstyle, with a bit of volume—I really liked doing that for a while. Maybe a part of it is like psychologically getting myself into that character in my time off but honesty I think it’s because they style my hair so well on set and I’m not so good at it off-set.”

Turner’s new gig will kick-off with the EIMI styling line campaign, then see her starring in print and digital advertising as well as social media content starting next month. She’ll also be repping Wella hair on upcoming red carpets.