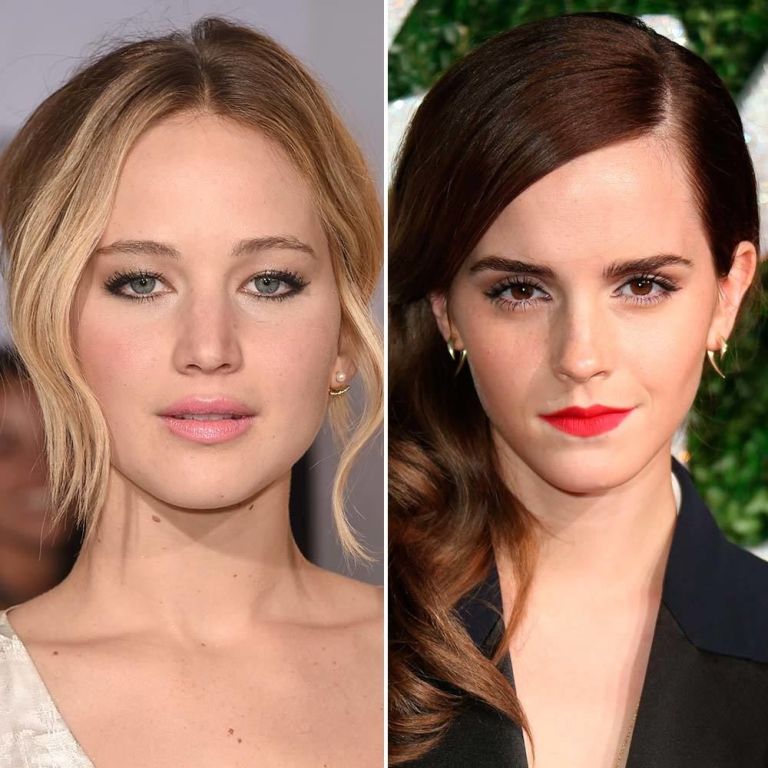 “I would be lying if I didn’t say there was an element of wanting to be liked that influenced my decision to close the deal without a real fight. I didn’t want to seem ‘difficult’ or ‘spoiled.’ At the time, that seemed like a fine idea, until I saw the payroll on the Internet and realised every man I was working with definitely didn’t worry about being ‘difficult’ or ‘spoiled.'”

“I’m over trying to find the ‘adorable’ way to state my opinion and still be likable! Fuck that. I don’t think I’ve ever worked for a man in charge who spent time contemplating what angle he should use to have his voice heard. It’s just heard.”

—At the HeForShe Campaign launch, September 2014

“I have experienced sexism in that I have been directed by male directors 17 times and only twice by women.”

“As long as women make up only 20 per cent of Congress, as long as senior movie studio execs are 93 per cent male, and only four per cent of studio films are directed by women; as long as the President of the United States, the VP, the Speaker of the House, the President Pro Tem, the Secretaries of State, of the Treasury, of Defence, are all men — you have to go seven layers down to find a woman, Attorney General Loretta Lynch, on the succession plan — then I’d say yes, we need ‘women’s media.’ We need as many ‘women in’ gatherings that we can dream up.”​

“I’m known for being selective in parts I either pick or pursue, and what matters most is that they be good female roles where the character isn’t cardboard or objectified, and where there’s real substance. No generic girlfriend or wife, and no sexy bombshell. Enough of that already!”

“It’s a male-dominated and driven business…You need to make something that’s undeniably good. If a woman makes a bad movie, or does something stupid, then the door just slams shut. It’s fucked up.”

“Feminists believe that men and women should have the same opportunities. If you are a feminist you believe in equal rights as a whole. That’s not a concept you can really shoot down.”​

​”I think we have a sexist film industry, and stories about women are largely untold. This is one [Suffragette] that’s fallen by the wayside because of that.”​

“Having your story told as a woman, as a person of colour, as a lesbian, or as a trans person or as any member of any disenfranchised community is sadly often still a radical idea.”

“I want every version of a woman and a man to be possible…The fallacy in Hollywood is that if you’re making a ‘feminist’ story, the woman kicks ass and wins. That’s not feminist; that’s macho. A movie about a weak, vulnerable woman can be feminist if it shows a real person that we can empathise with.”

“Obviously we need to create more opportunities; it’s not an even playing field…We also need to put cameras in little girls’ hands and get them to tell stories and increase their confidence so that they can feel powerful.​”

—At the Women in Film’s Crystal + Lucy Awards in Los Angeles, June 2015

“You know, equality is a myth, and for some reason, everyone accepts the fact that women don’t make as much money as men do. I don’t understand that. Why do we have to take a backseat?”

“I have always firmly believed that every director should be judged solely by their work, and not by their work based on their gender. Hollywood is supposedly a community of forward-thinking and progressive people, yet this horrific situation for women directors persists. Gender discrimination stigmatises our entire industry. Change is essential. Gender-neutral hiring is essential.”​

​”I think people think that just because I’m easy going and game to do things, I’ll just take as little as they offer. It’s not about how much you get, it’s about how fair it is.”

—The Sunday Times, July 2015 [Via The Independent]

“To me, the thing that’s more unfair than the pay is the terminology that’s used to describe actresses who have a point of view, and want to have a voice in their life and their career, and what they choose to do. I’ve been called horrible things. If a man was acting in the same way that I was acting, it would just be considered normal. To me, that’s the thing I find so frustrating – calling women spoiled brats and bitches. We just want to have a voice in our life, and I don’t think that’s anything that shouldn’t be encouraged in any human.”​

“To every woman who gave birth to every taxpayer and citizen of this nation, we have fought for everybody else’s equal rights. It’s our time to have wage equality once and for all, and equal rights for women in the United States of America.”

“Girls need to know that being a feminist is a good thing. It doesn’t mean that you hate men. It means equal rights. If you’re doing the same job, you should be compensated and treated in the same way.”

“It can be painful. Your salary is a way to quantify what you’re worth. If men are being paid a lot more for doing the same thing, it feels shitty.”

“If I were to tell you what I got paid for movies, you would laugh.”

“I have these meetings with really powerful men and they ask me all the time, ‘Where are your kids? Are your kids here?’  It’s such a weird question. Never in a million years do I ask guys where their kids are. It would be comparable to me going to a guy, ‘Do you feel like you see your kids enough?'”

“If I make a decision, it’ll still seems like it’s up for debate. And I notice that a little bit at The Office, with, like, an actor: if I decided there’d be a certain way in the script, it would still seem open-ended, whereas, if I was a man I would not have seen that.​”

Celebrity Watch
“I didn’t feel hurt by it.”