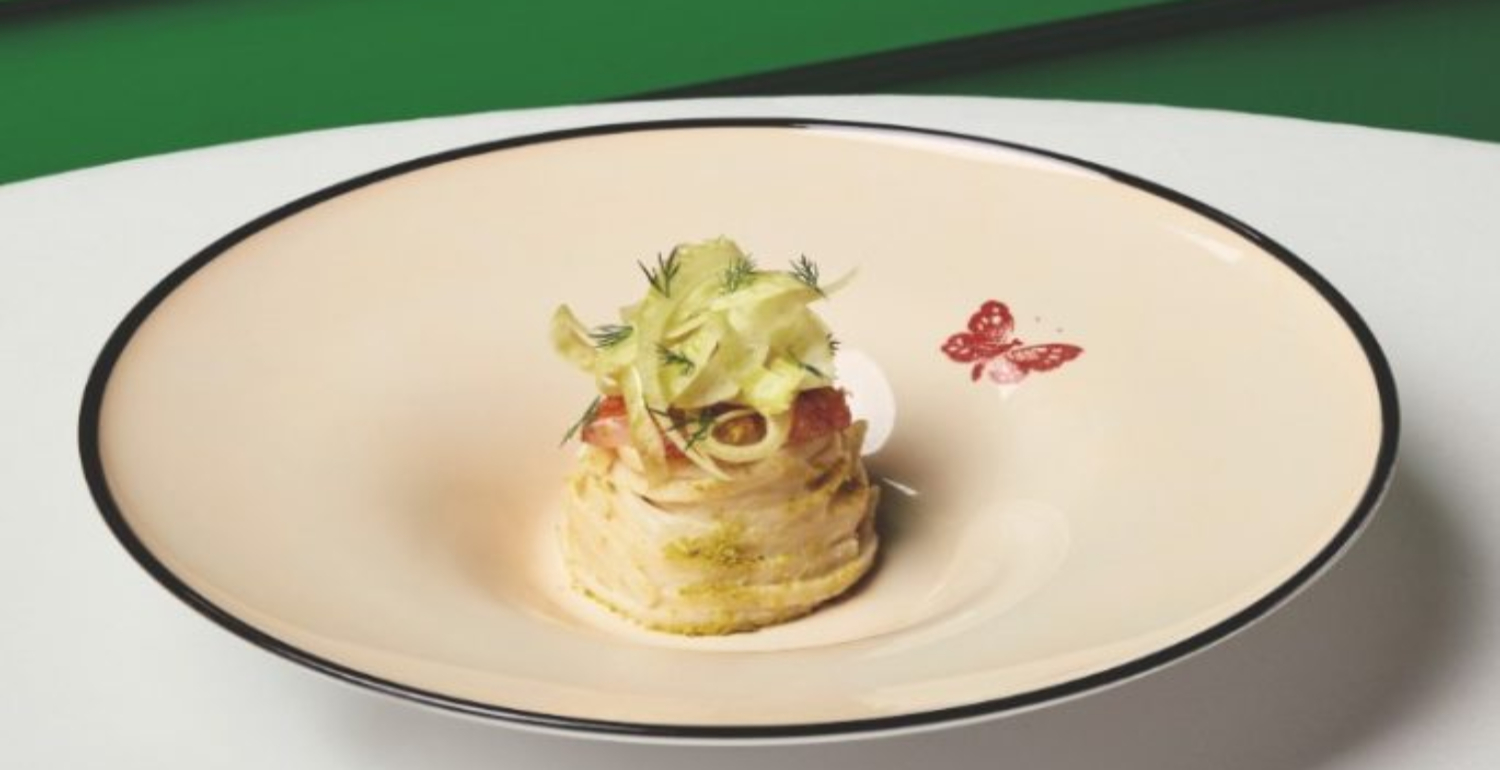 Culture /
Drink & Dine
Now we can create Michelin-Star dishes from our own kitchen!
by Leila Fitton
Prev1 of 2Next 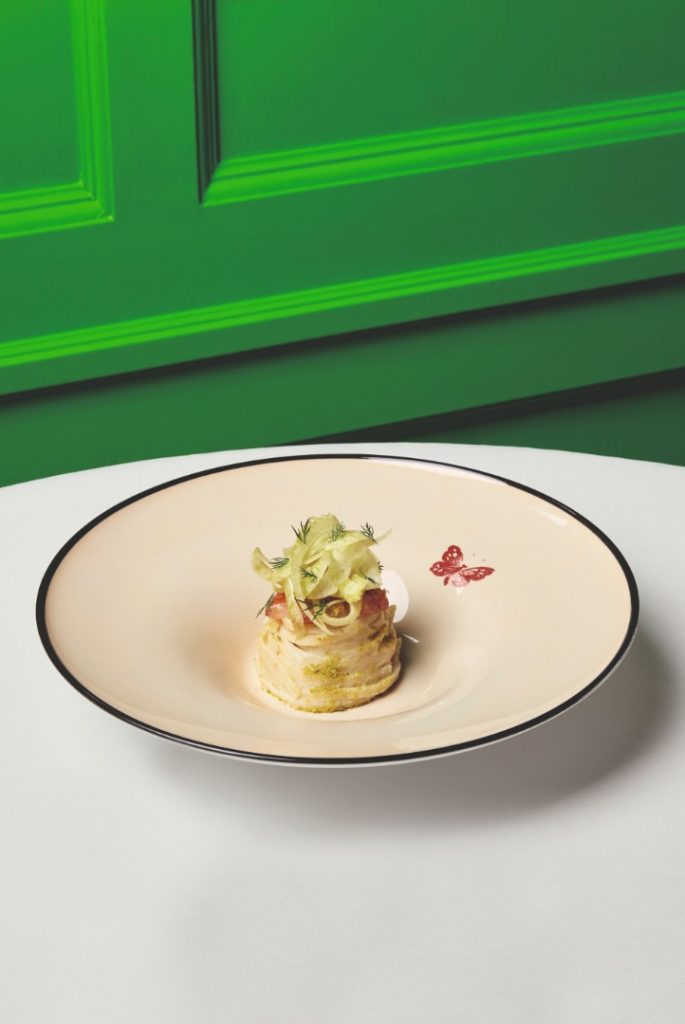 Chef López : I thought of this recipe that uses fennel as a basic ingredient because it is a seasonal vegetable and because of all the stories and curiosities surrounding this vegetable. In Greek and Roman history, in fact, fennel was considered symbol of strength and vigor and they believe it brought luck. Some treatises on Ancient Rome reported how Roman gladiators added fennel to their dishes to be successful in the arena and, when they won the fights, they were crowned with a garland of fennel. This is also the reason why, for the Gucci Osteria menu,we called this dish “Lucky Fennel”.

Spread the grated pistachios on the base of the plate, and lay a nest of linguine on top, developing it in height. Add 6 pieces of prawn, other pistachio powder and finely sliced ​​fennel. Garnish the dish with wild fennel leaves.

Friendly note – If fennel is not available, the Chef suggests to change it to seasonal vegetables instead.

Fashion News
From sports luxe to the adoption of Scandi style, these are the fashion movements that defined the decade