Culture /
Culture News
It was a big morning for ‘Roma’ and ‘The Favourite’.
By Emma Dibdin

The 2019 Oscar nominations were announced this morning (January 22), with Kumail Nanjiani (The Big Sick) and Tracee Ellis Ross (Black-ish) making the announcement at a press conference in Los Angeles.

Alfonso Cuaron’s Roma and Yorgos Lanthimos’s The Favourite led the pack with ten nominations apiece, while A Star Is Born and Vice both earned eight nominations. The 91st Academy Awards will take place on Sunday, February 24, airing on ABC. 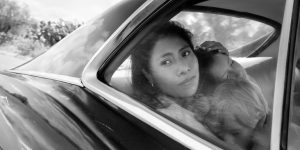 A Star Is Born

Beauty Buzz
Her shorter haircut looks very of the moment.

Fashion News
Who wore what for the biggest night on the Hollywood calendar.