Great news for fans of Britney Spears’ epic runway modeling videos (so basically, great news for all of us): the Princess of Pop just landed her first major fashion campaign for Kenzo.

The singer took to Instagram to reveal her new campaign for the brand’s La Collection Memento N°2, photographed by Peter Lindbergh. In the first image shared, Britney gives us some early 2000s vibes in a denim trucker hat and cropped green sweatshirt that shows off her lower back tattoo.

Yesterday, the brand teased their A-list casting on Instagram with a quick video showcasing the “mystery” star (but really, who couldn’t recognize Britney’s runway walk and blonde waves from a mile away?).

Perhaps the greatest part of the campaign, however, is the recreating of her famous all-denim red carpet look from the 2001 American Music Awards. The singer poses in a denim hat, denim jacket, denim over-the-knee boots and even denim underwear in another image from the series of photos. 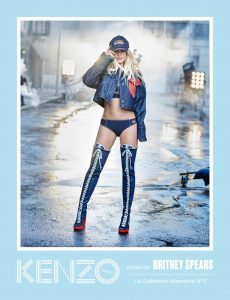 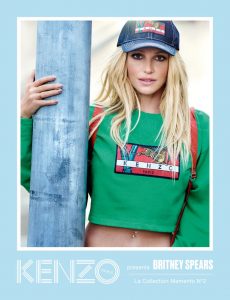 The campaign marks Britney’s first fashion ad since her Candie’s campaigns in the early-mid 2000s. Though in the past she’s fronted many ads for her Candie’s x Kohl’s collection and vast lineup of fragrances, this marks the singer’s first campaign for a major fashion brand. 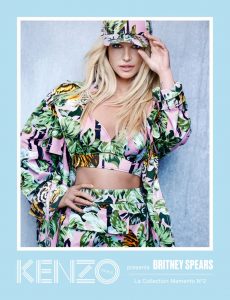 It looks like all those modeling videos on Instagram have finally paid off. Now someone please take note and cast Britney in her big Fashion Week debut. She’s ready.