For the Dior RTW Spring/Summer 2018 collection, Maria Grazia Chiuri called for freedom and women's rights to the runway. With this, she created the DiorClub1 Visor of the DiorClub Eyewear range which was inspired by a French-American sculptor, painter and filmmaker; Niki de Saint Phalle who was known for her monumental sculptures, particulary Les Tirs.  Chiuri references the protective eye wear the artist wore for performances during which she shot at paint-filled balloons with a rifle to produce bright colours such as yellow, orange, and blue as well as grey.

Halfway between baseball cap and sunglasses, the DiorClub1 Visor comes in yellow, grey, blue or orange and features the inscription "J'adior" along with the name 'Christian Dior' woven in large letters on the rear elastic band. 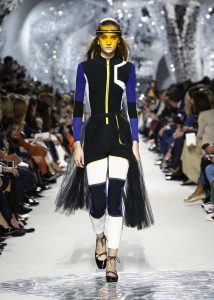 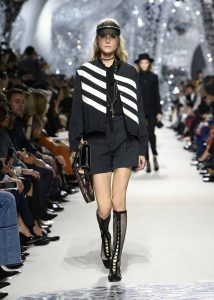 This accessory has now been reinterpreted as three distinct models: DiorClub1 Visor, Dior Club 2 and DiorClub 3. The Dior Club2 version revisits a timeless square shape with a translucent frame and colour lenses while the DiorClub3 is inspired by pilot sunglasses given a modern update in grey, blue, orange or fuchsia. 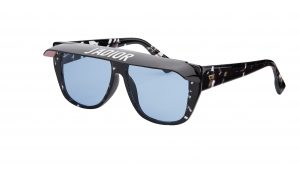 In the words of Niki de Saint Phalle, just as in that of Christian Dior, bright colours evoke love, joy and happiness.