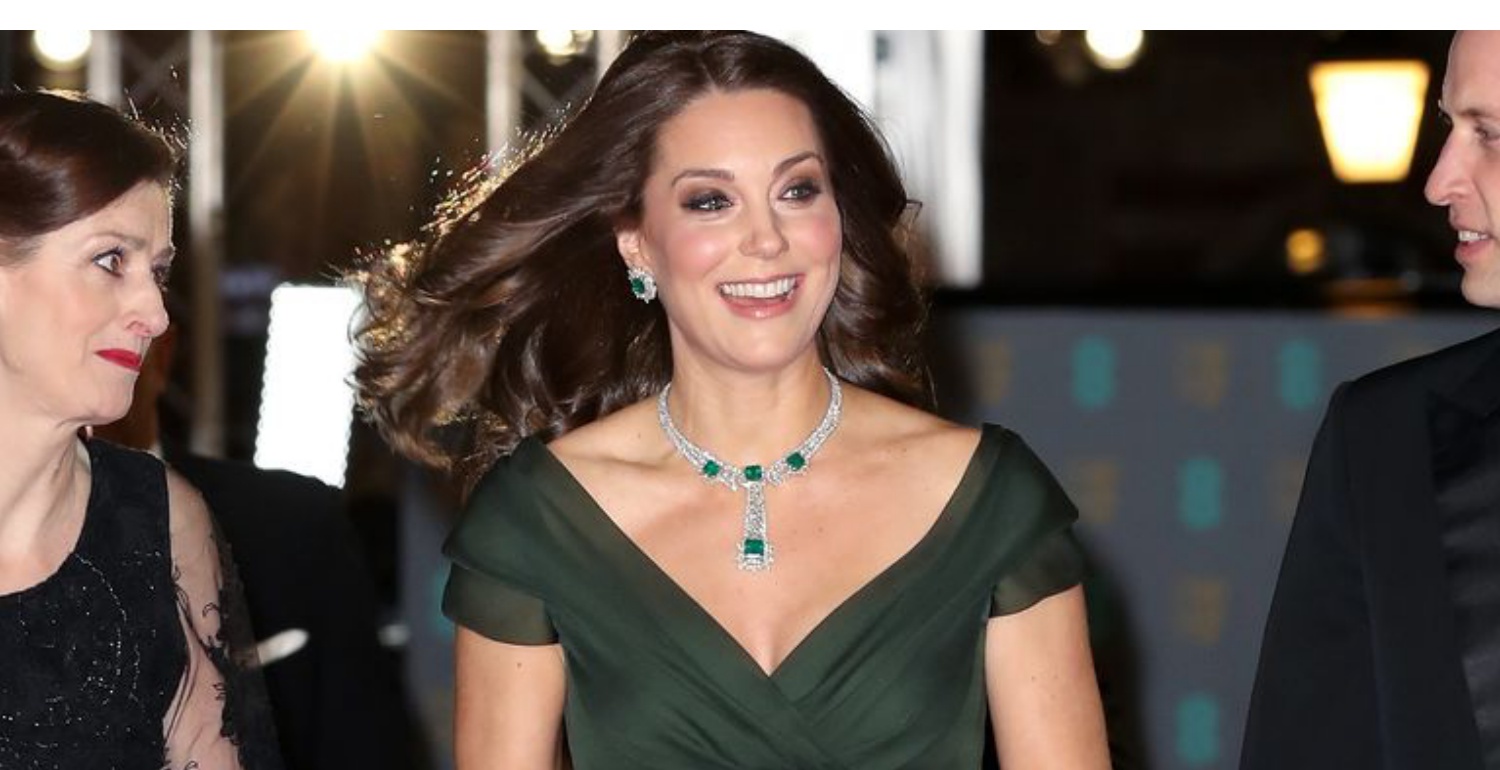 The Duchess of Cambridge eschewed the Time’s Up all-black dress code at the Baftas tonight, instead wearing an olive green Jenny Packham gown.

The royal family are forbidden from making any form of political standing – protocol states that they should remain neutral at all times. Rather than follow in the footsteps of actresses including Jennifer Lawrence and Angelina Jolie, who all wore black dresses to show solidarity with the Time’s Up movement, the duchess chose an empire-line deep green look, with a black sash.

While not in keeping with the other guests, the dark shade did at least nod to the cause without making a full statement. The duchess was joined by the Duke of Cambridge who wore a black tuxedo.

“I’m very proud that it is my industry that has been pushing the issues of gender equality and sexual harassment to end. I hope it inspire many other industries,” said Salma Hayek on the red carpet.

The decision to wear all black as a political protest against sexual harassment and abuse began at the Golden Globes in January. Since then, the red carpets at multiple awards ceremonies – from the Grammys to the SAG Awards – have been used to show support for women who have experienced either sexual misconduct or discrimination. At the Brit Awards this weekend, attendees will wear a white rose pin as a mark of solidarity.

Culture & Living
No surprises – it’s as cool as they are.
Type keyword(s) and press Enter
WordPress Lightbox Plugin