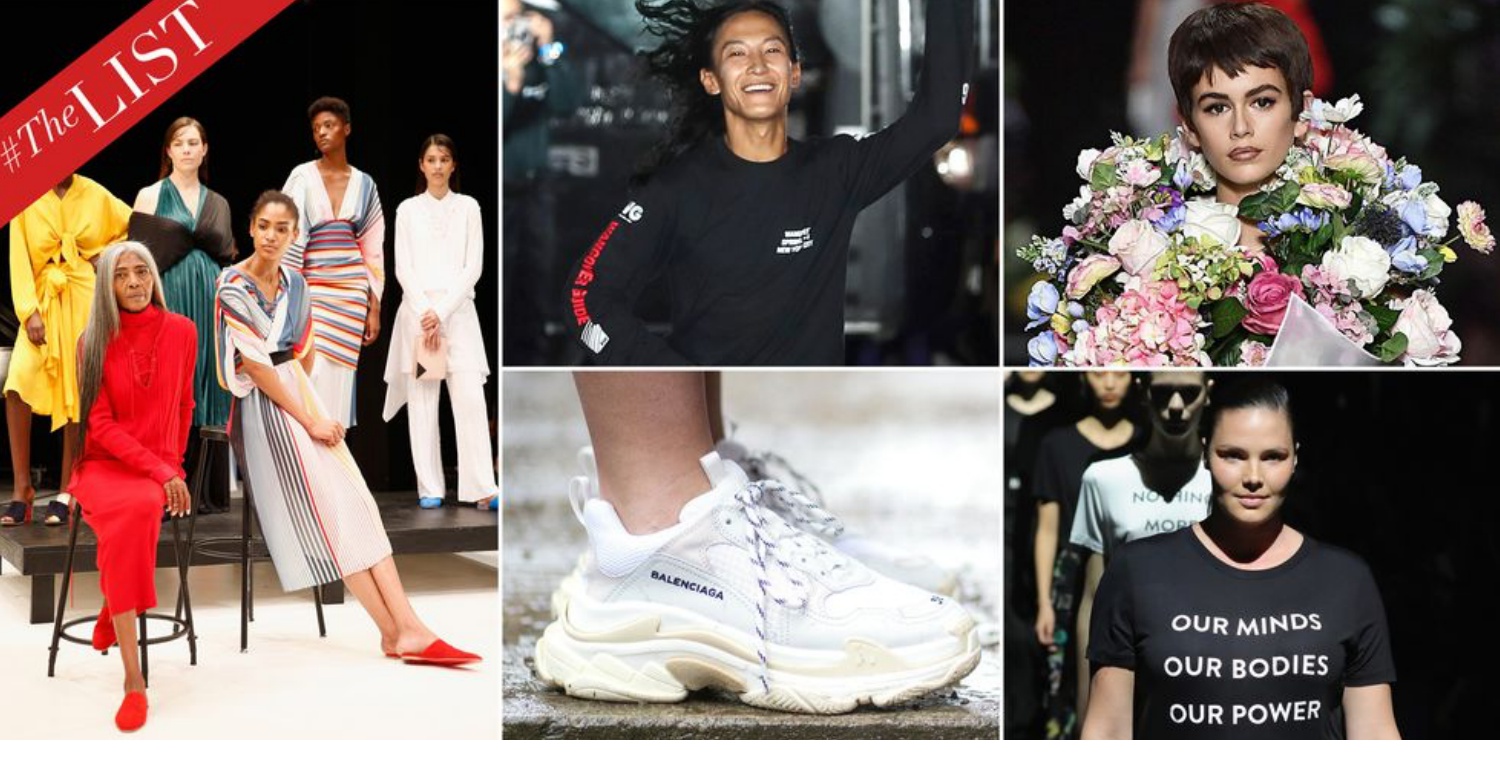 Fashion /
Fashion News
What to watch for at this season’s shows.
by Lauren Alexis Fisher

As designers experiment with the traditional runway format, the landscape at New York Fashion Week continues to change drastically. From brands heading to Paris to those skipping runway shows altogether, changes are (still) coming to NYFW in full force. Ahead of the Fall 2018 collections, here’s your guide for what to watch this New York Fashion Week.

1. Diversity Will (Hopefully) Continue To Win The Runways 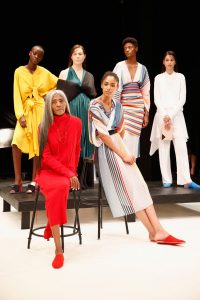 While the fashion industry still has a long, long way to go, last September marked the most diverse runway season ever. After monitoring 94 shows in New York, The Fashion Spot found the Spring 2018 runways featured 36.9% women of color and for the first time ever, every single show cast at least two women of color. Body diversity, age diversity, and transgender representation also increased dramatically last season, marking a change for many major fashion houses. Hopefully, brands will continue to recognize the importance of diversity and representation on the runway and break last season’s record… 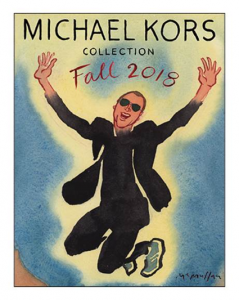 Kors’ always-anticipated shows pays homage to the Big Apple. From the venue—the Vivian Beaumont Theater at Lincoln Center—to the invitations and artwork, designed by legendary theater-poster artist James McMullan, the show is taking a bow to Kors adopted hometown. “I wanted the show to be a love letter to New York,” the designer explains. “I’m inspired by everything about the city—the electricity, the speed, the diversity, the individuality, and of course the art and food and fashion. So much of New York is iconic, from the architecture to the theater to the faces, and anyone who’s ever been here has their own New York story. 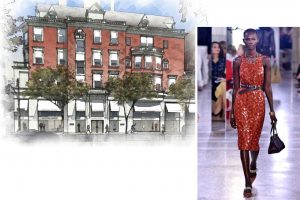 During a time when many designers are opting to leave New York, Bottega Veneta is instead bringing its Fall 2018 collection here to help celebrate the launch of its new flagship store. The Italian fashion house will skip its Milan show for a spot on the NYFW calendar this season, holding a special co-ed show on February 9—the same day the largest Bottega Veneta store in the world opens on 64th street and Madison Avenue.Courtesy Bottega Veneta; Getty Images 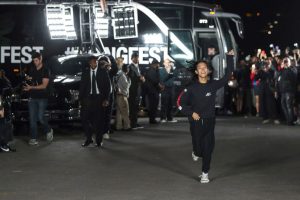 Shaking up the entire fashion calendar, Alexander Wang announced that this February would be his final time showing during the traditional New York Fashion Week shows. Moving forward, the designer will present two collections a year in June and December to better align with his production schedule. Wang, who typically hosts the biggest after-parties and #WangFest, will be hosting his final February show in Times Square. 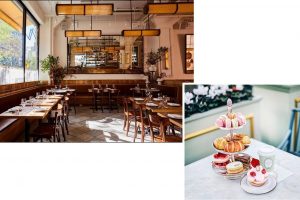 As brands continue to experiment with runway shows vs. intimate presentations, many are taking a different route this season: mixing fine dining with fashion. Gabriela Hearst will present her Fall 2018 collection at Café Altro Paradiso, while J.Mendel will show its collection at Ladurée in Soho. Similarly, Derek Lam is hosting intimate lunches at The Pool in lieu of a runway.

6. Kaia Gerber Is Still The Breakout Runway Star To Watch 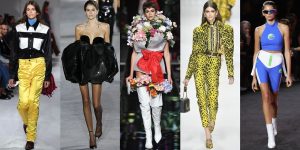 Following her debut at Calvin Klein’s Spring 2018 show, Kaia Gerber went on to take over the runways in London, Milan, and Paris in her first ever runway season—most recently hitting the Chanel Haute Couture catwalk. The 16-year-old is still the one to watch this February, cementing her status as the next big supermodel-in-the-making. 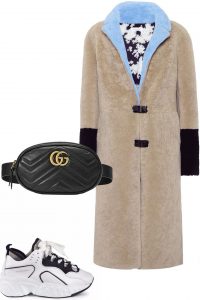 Expect grandpa sneakers, fanny packs, and shearling coats to take over as the reigning trends of the street style scene in New York.

The amazing @taylranne in our Amber vegan leather pants✨ Shop now with 40% off! #nanushka #nanushkagirls

This Hungarian brand has been taking over the street style scene and our Instagram feeds for quite some time now, so it’s only fitting that it has a proper New York Fashion Week debut. Helmed by Sandra Sandor, Nanushka will show its Fall 2018 collection with a presentation on February 11. Though it may be most-known for its It-girl-approved leather puffer jacket, this rising brand is certainly one to watch. 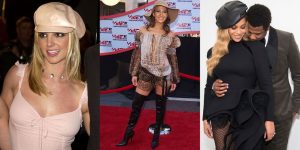 As Eugenia Kim celebrates its 20th year anniversary, the accessories brand will mark the occasion with a special retrospective presentation and capsule collection. Featuring some of Kim’s most iconic hats over the years, the capsule will bring back some of the brand’s greatest archival pieces. Expect to see hats worn by pop royalty back in the early ’00s as well as pieces featured in the movie Zoolander and worn today by the likes of Kate Middleton and Beyoncé.

10. ‘Black Panther’ Gets The NYFW Treatment 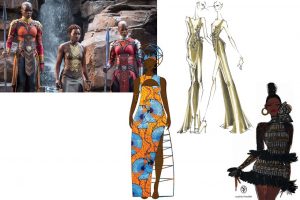 In honor of the highly-anticipated Black Panther movie, Marvel Studios tapped seven designers to create looks inspired by the film’s fashion. CHROMAT, Cushnie et Ochs, Fear of God, Ikiré Jones, Laquan Smith, Sophie Theallet, and Tome each designed one-of-a-kind pieces influenced by themes and characters of the movie. The looks will be unveiled at “Welcome to WAKANDA,” an immersive event held on February 12 in the midst of New York Fashion Week. Each of the looks will be auctioned off via Charitybuzz.com to support Save the Children.

In lieu of a traditional runway setting, Lela Rose is debuting her latest collection in the form of an Instagram show. The designer tapped 10 of her favorite influencers to style and model looks from the Fall 2018 collection, which each will share to their own Instagram accounts on February 8.

Trying to escape the cold in our new #Spring2018 looks – shop now with link in profile!

12. Narciso Rodriguez Is Back and Celebrating 20 Years 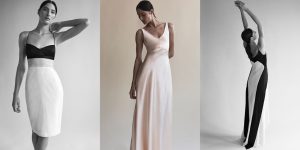 After skipping last season, Narciso Rodriguez is returning to New York Fashion Week in time for its 20th year anniversary. The brand, which just debuted a special archival capsule collection for the occasion, will show on February 7.

13. Will Designers Get Political? 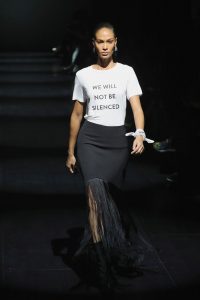 Following past season CFDA initiatives for Planned Parenthood and the ACLU, an official cause for this season’s shows has yet to be formally announced. On Saturday, however, designers banded together for a pre-NYFW party dubbed “Together We Rise x NYFW.” Featuring speakers from the Women’s March and Planned Parenthood, the event sought to create awareness about women in leadership as well as the upcoming midterm elections. Designers including Gabriela Hearst, Ulla Johnson, Brandon Maxwell, and more each created a special item to benefit Planned Parenthood & The Women’s March for the occasion—all available to shop here.

Between the ongoing political climate and the #TimesUp and #MeToo movements amongst women, it would be surprising for designers not to make some sort of statement with their shows this season.

Culture News
From the release date to the cast.