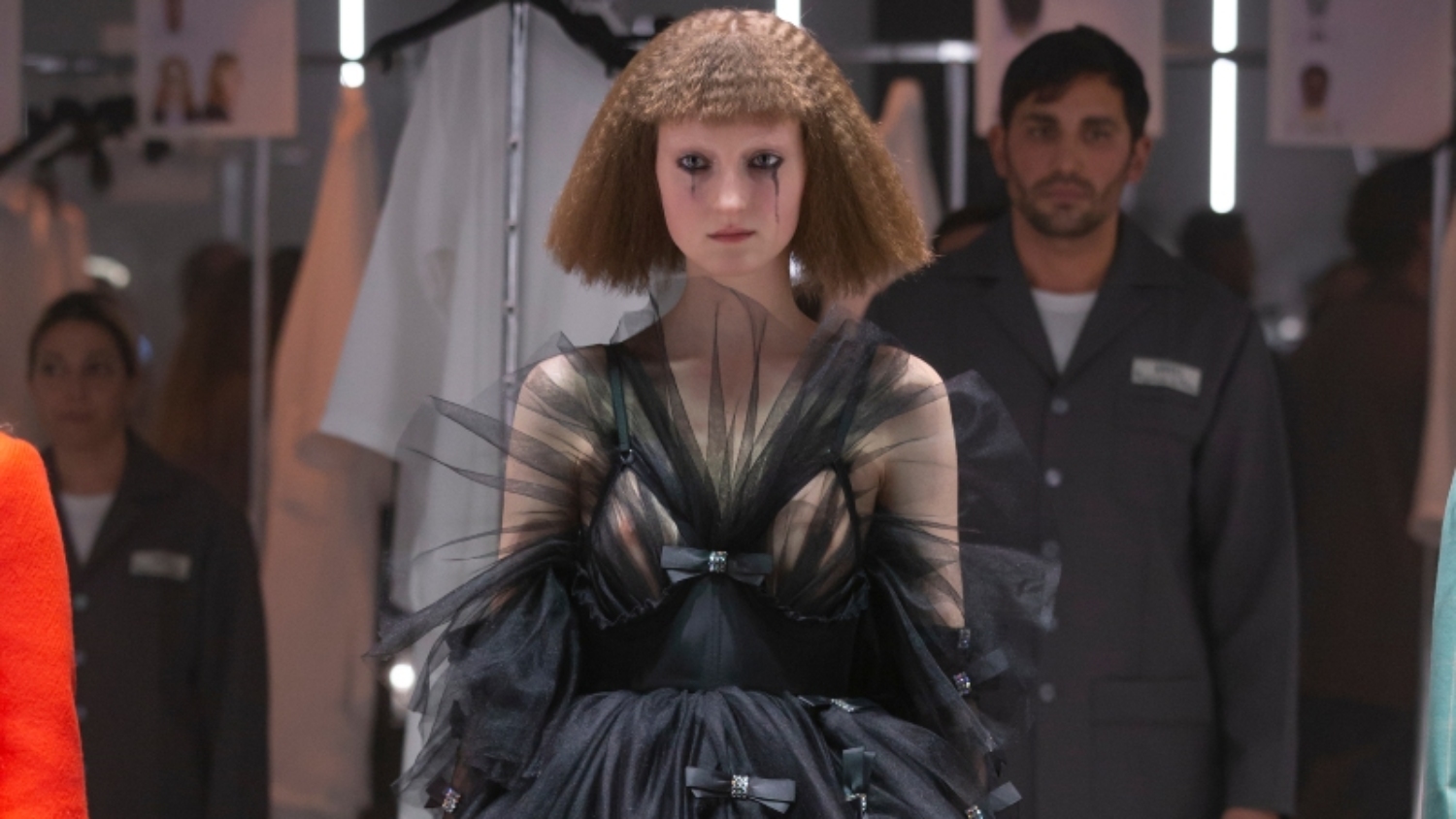 Upon arrival at the Gucci Hub, guests were presented with a hand-written note from creative director Alessandro Michele himself with his vision for his latest Autumn/Winter ‘20 collection. Entitled ‘An Unrepeatable Ritual’, Michele presented esteemed guests with a first-hand “backstage” experience at a Gucci show. “I have always considered the fashion show as a magic event bursting with enchantment,” said Michelle in the show notes, “There is a rapture of a gift, in this unrepeatable ritual.”

The journey kicked off as soon as guests walked past the velvet curtains. Guests were brought “backstage” where models were seen in white robes getting glammed up before the final curtain call. Amid the sea of people, Michele himself was spotted in action working his magic to ensure the models were immaculately prepped before the show.

As guests settled into their seats—it was showtime! Models strutted into the show venue in white robes accompanied by dressers donned a sharply tailored Gucci uniform. Shortly after, the pink curtain circling the show space dropped unveiling a reenactment of a scene backstage before models took the catwalk. As the stage spun around like a carousel, Gucci “dressers” deftly assisted models into their respective ensembles before they took their spot in the show line-up– shining a spotlight to the unsung heroes that tirelessly work behind-the-scenes at a fashion show “May the miracle of skillful hands and holding hands of the shadows,” he stated, “May the collective intelligence that takes care of gestation be visible, as shivers rage on.”

From voluminous lacy Marie Antoinette dresses were played against BDSM-inspired leathers ,‘70s retro hippie silhouettes were given a glamorous Studio-54 touch with glistening rhinestones to colour-blocked baby dresses—the looks that were presented on the runway imbued Michele’s penchant for sartorial irreverence. Elsewhere, models were also seen carrying the latest versions of Gucci Horsebit bags which we predict to be a sure hit once it hits the shelves come September—and we can hardly wait.

Swipe through to see all the looks from the Gucci Autumn/Winter ‘20 show.

Culture & Living
The ’90s sitcom is celebrating its 25th anniversary on September 22.

Culture
These affordable and awesome gifts are made greatly for a perfect Valentine’s celebration.
Type keyword(s) and press Enter
WordPress Lightbox Plugin