It’s been less than a year since her runway debut, but Kaia Gerber is already taking the fashion world by storm.

The 16-year-old’s latest accomplishment? Her first Chanel campaign. After walking in both ready-to-wear and couture shows for the French fashion house, Kaia is the new face of Chanel’s Spring 2018 handbag ads. 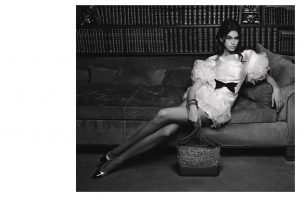 The black and white images, which were photographed by none other than Karl Lagerfeld, feature the supermodel-in-the-making posing with the brand’s latest collection of bags. Making her first Chanel campaign even more special, Kaia was photographed in Mademoiselle Chanel’s apartment in Paris, surrounded by the late designer’s personal belongings. 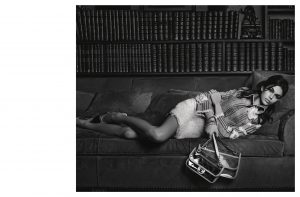 Amongst the handbags featured in the campaign are the brand’s transparent PVC bags, which were spotted on the Spring 2018 runway, the Gabrielle bag, and the Chanel boy bag. Also impossible to miss in the ads? The model’s incredibly long limbs stretched out across Chanel’s plush sofas. 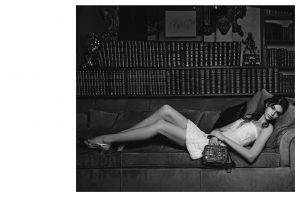 Of course, this is likely just the beginning of Kaia’s journey as one of Karl Lagerfeld’s Chanel muses.