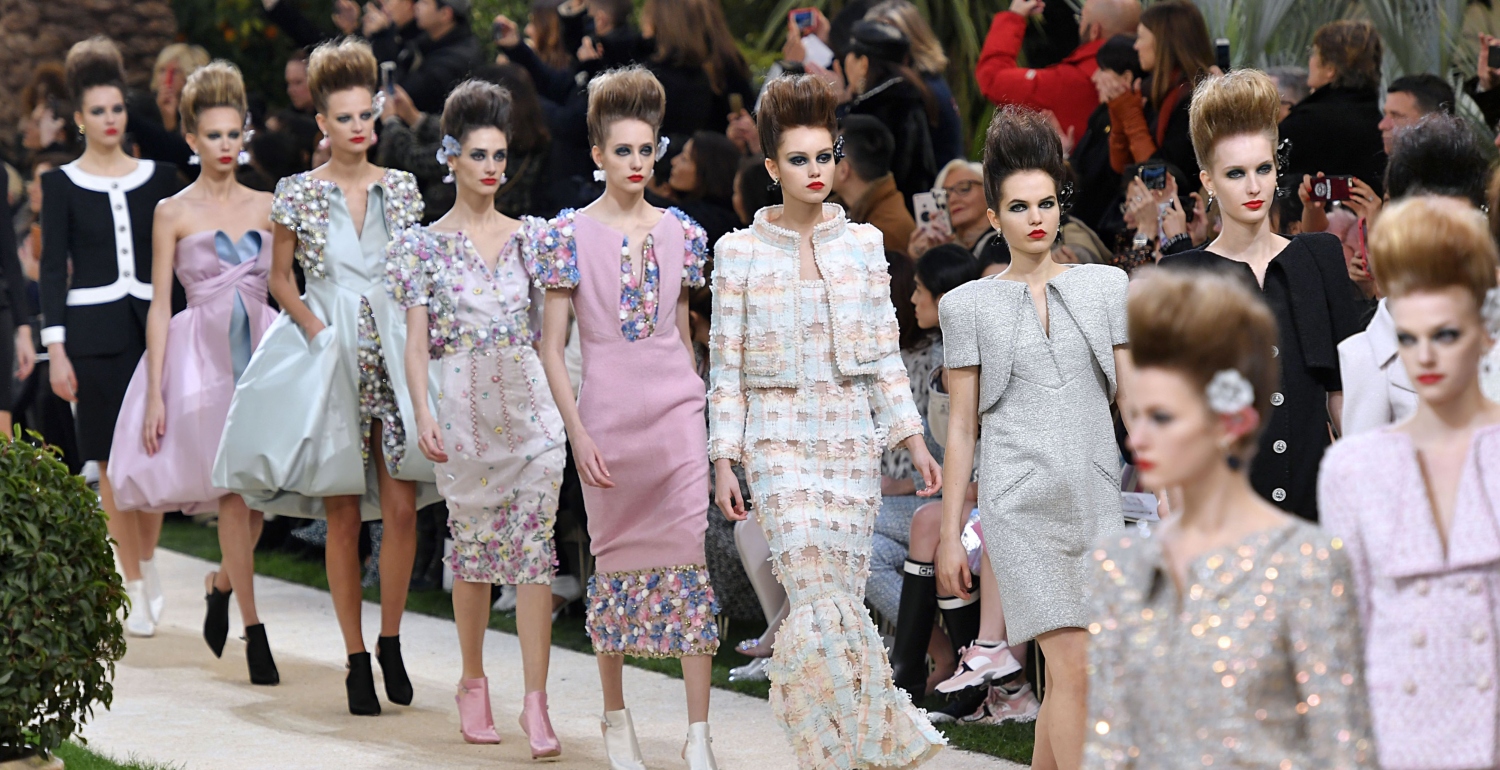 Karl Lagerfeld did not take the final bow at the Chanel Haute Couture Spring 2019 shows in Paris today, WWD reports. Instead, his right-hand, Virginie Viard, stepped out at the end of the show to greet the audience. 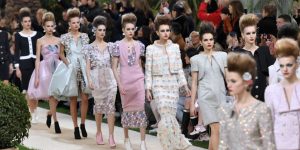 In a statement to WWD, Chanel explained that Lagerfeld “was feeling tired” and “asked Virginie Viard, director of the creative studio of the house, to represent him and greet the guests alongside the bride.”

For her bow, Viard was accompanied by model Vittoria Ceretti dressed in the final look—an embellished cut-out bathing suit and a matching swim cap with a cascading veil. 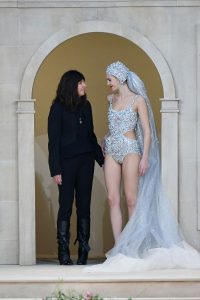 “Virginie Viard as creative studio director and Eric Pfrunder as Chanel’s director of image continue to work with him and follow through with the brand’s collections and image campaigns,” the French fashion house added in the statement.

After the first showing at 10 a.m. local time, an announcer said Lagerfeld would appear for the second presentation at noon. After he missed the second show, the announcer said, “We wish Mr. Lagerfeld to recover quickly,” without providing further details, WWD reports.

Viard has worked for 30 years by Lagerfeld’s side. “I coordinate the teams, liaise with suppliers and choose fabrics,” she told The Telegraph of her current role. Then, of course, I do fittings with Karl. As soon as I receive his sketches, the process begins. I try to please him, but I like to surprise him too.”

She and Lagerfeld have a close friendship, Viard added to the British outlet. They “speak all the time” and “see each other every other day;” he even sends her sketches via phone. 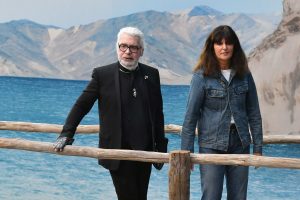 The Grand Palais was transformed once again into a fantastical setting for Chanel’s latest couture offering. This time, the iconic French venue was reimagined as a Mediterranean villa, AKA Villa Chanel, complete with palm trees, and outdoor garden setting, and a pool. 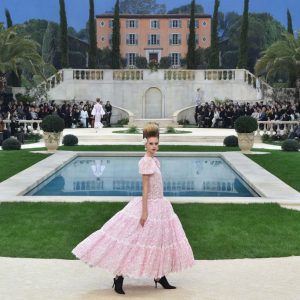 Celebrity Watch
She shared the first photo of her daughter on Instagram.

Fashion News
The house addressed the current abortion debates with “My Body, My Choice” jackets and more.

Culture News
Find out who’s who in the Disney film, from Beyoncé and Donald Glover to Seth Rogen and Billy Eichner.
Type keyword(s) and press Enter
WordPress Lightbox Plugin