The final of the annual LVMH Prize was set to take place on 5 June but, as with most upcoming events, has been cancelled due to the Covid-19 pandemic. In response to this, the conglomerate announced today that the prize will be split between all of the finalists, and a fund will be set up to help financially support young design talent. 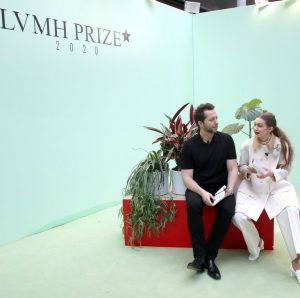 The LVMH Prize For Young Fashion Designers is in its seventh cycle, and this year saw eight designers competing for the €300,000 prize, which will now instead be split equally between them, meaning that they will each receive €40,000.

The winners include American designer Peter Do (who was also featured in Net-a-Porter’s The Vanguard series) and Japanese designer Tomo Koizumi, whose autumn/winter 2019 show in New York caused a splash with a star-studded catwalk that saw supermodel Bella Hadid and actress Gwendoline Christie walk. 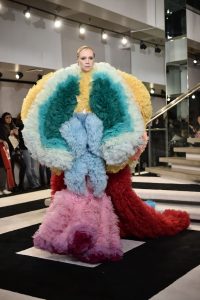 In addition to this, the LVMH Prize will create a fund that aims to further support former winners of the LVMH Prize for Young Fashion Designers and of the Karl Lagerfeld Prize.

“Since its launch, the LVMH Prize has promoted and nurtured young talent,” director and executive vice president of Louis Vuitton, Delphine Arnault said today. “Each year, it places the spotlight on young designers from all over the world and supports the development of their companies. In this challenging context, this fund in aid of young fashion designers highlights the main mission of the LVMH Prize by supporting our former winners.”