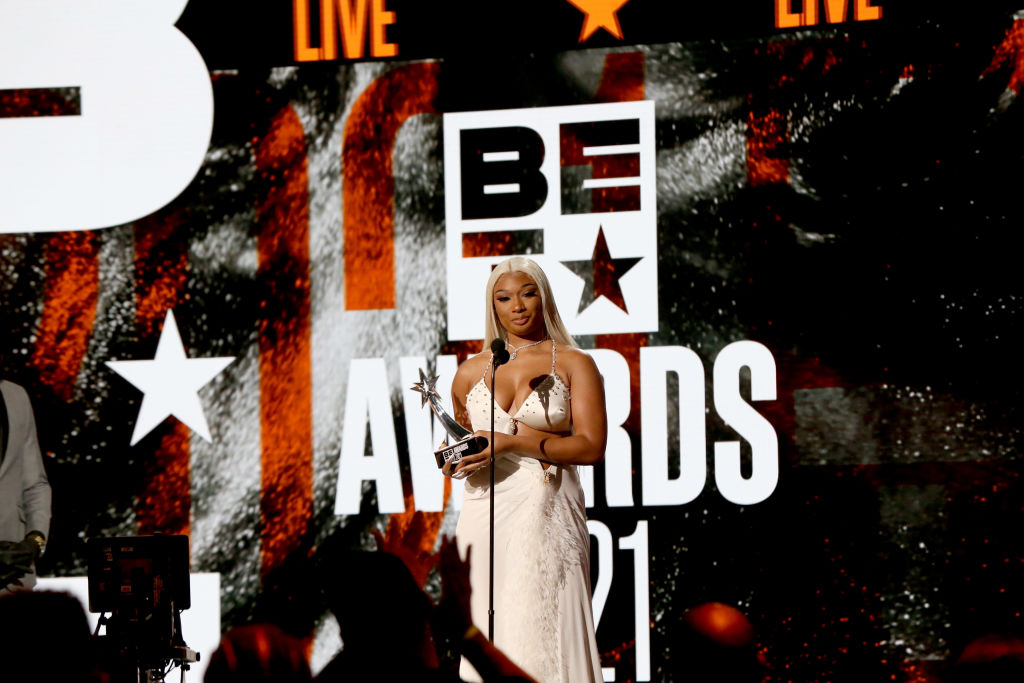 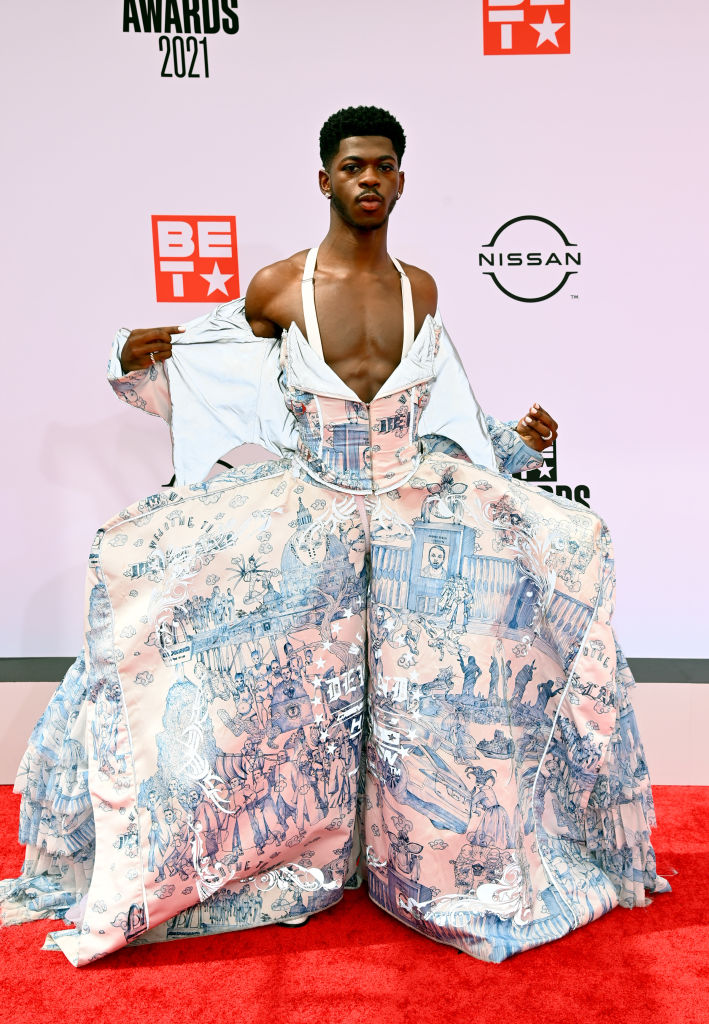 The rapper may have had three outfit changes for the event but this voluminous blue toile dress was the main scene-stealer. It is designed by up-and-coming designer Andrea Grossi.