Kylie Jenner has welcomed her first child with boyfriend Travis Scott. The 20-year-old beauty mogul welcomed a baby girl on February 1, she revealed on Instagram on Sunday.

She also shared the most beautiful video on YouTube with the title “To Our Daughter” which showed footage of Jenner throughout her pregnancy:

Rumors first spread on Twitter on Friday, January 12 at around 4 p.m. that Jenner was in labor at Cedars-Sinai Medical Center. However, TMZ reported that was untrue.

Rumors of Kylie’s pregnancy first spread at the end of September when TMZ reported that the 20-year-old and Scott, 25, were expecting a child together. Unnamed sources confirmed the news other outlets, but members of the Kardashian-Jenner family refrained from commenting on or confirming reports.

Though Jenner kept quiet, she appeared to drop hints about her pregnancy in the following months by wearing baggy clothing, keeping public appearances to a minimum, and only posting old photos of herself or portraits from the chest up on Instagram. 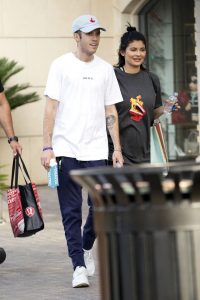 Shortly after the rumors broke, she and Scott were spotted together at the iHeart Radio Festival in Las Vegas. 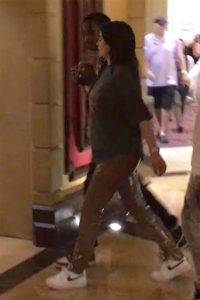 Days later, sources also confirmed to TMZ that Jenner and Scott were expecting a baby girl, expected to arrive in January. Once again, the Kardashian-Jenners remained quiet on the subject. The only time Kylie did address the baby rumors was when she called out paparazzi for photoshopping a baby bump onto photos of her in November. But she didn’t confirm or deny whether she was pregnant.

Later that month, Jenner appeared to throw a secret baby shower. Paparazzi photos showed her backyard covered in pink flowers—hinting at the baby’s gender—for a small party with her family and closest friends, People reported. 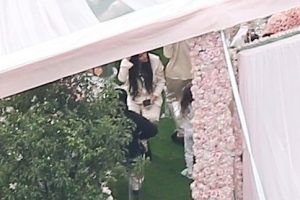 Though Kylie never confirmed her pregnancy, photos surfaced in late December of her baby bump, which nearly gave the baby news away.

Kylie and Travis first sparked dating rumors in April 2017, when they were seen holding hands at Coachella. They have since been seen out together and engaging in PDA only a number of times. The couple also got matching tattoos in June. 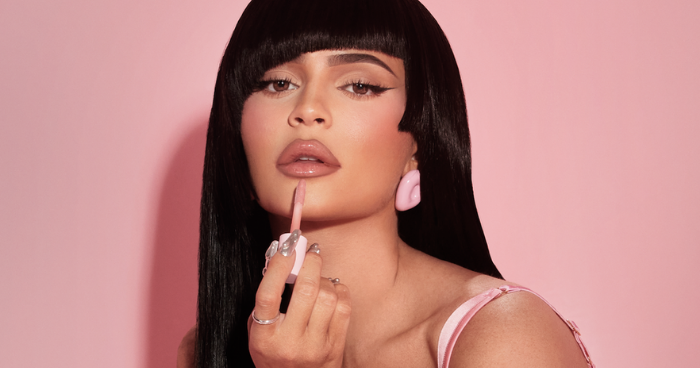