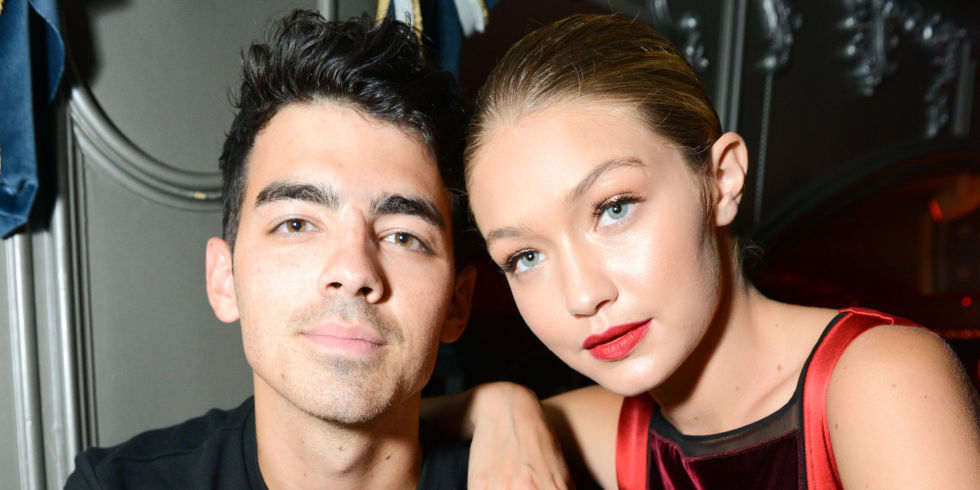 It hasn’t been that long since G.I. Joe was still a thing. Nonetheless, the days of Gigi Hadid and Joe Jonas as a couple seem like a distant memory…

Just two weeks after their split last November, things were already blossoming between the model and her new musician beau, Zayn Malik—and the buzz around the pair has only increased in the months since.
Hadid and Malik haven’t held back on the PDA either. Whether they’re getting hot and heavy in a music video, house-hunting together, frolicking through the streets of Naples for a romantic photo shoot or gushing about how wonderful it is working together, the two (have we landed on a combined name for them yet?) are clearlycompletely smitten with each other, and not a bit shy about showing it. All the while, Jonas has remained decidedly silent on the whole situation—until now.

In an interview with the Daily Mirror, Jonas opened up about his ex-girlfriend and her relationship with Malik, and we can’t help but feel a little sad for him.

“I think it’s interesting that she moved on so quickly,” Jonas said. “I mean it was definitely very quick.”

So what does the singer think about all those comparisons between him and Malik? Like their music careers, and shared sense of style, and that time they both dyed their hair pink within a week of each other… (Let’s face it: Gigi definitely has a type.)

“It’s comical that I’m compared to him,” Jonas scoffed. “That dude and I have been compared for years, I think it’s just funny. To be honest I haven’t really listened to his music, but he can sing well.”

If that’s not a backhanded compliment, I don’t know what is. It’s probably a safe guess to say Joe won’t be making an appearance at Gigi’s 21st birthday festivities this weekend.