“It’s hot!”, the singer proclaims about Malaysia as he speaks at a press conference held ahead of his very first show in KL. His showcase on the 14th of January is just days after the exciting news of the singer’s 4 nominations at the Brit Award, including the Best Male Singer and Album of the Year category. The (already) six-time Brit Award winner had a significantly successful year in 2019, reigning at the top of several global charts with this breakthrough debut single, Someone You Loved. This year, the Scottish singer is planning on breaking personal records and aiming for music World domination. 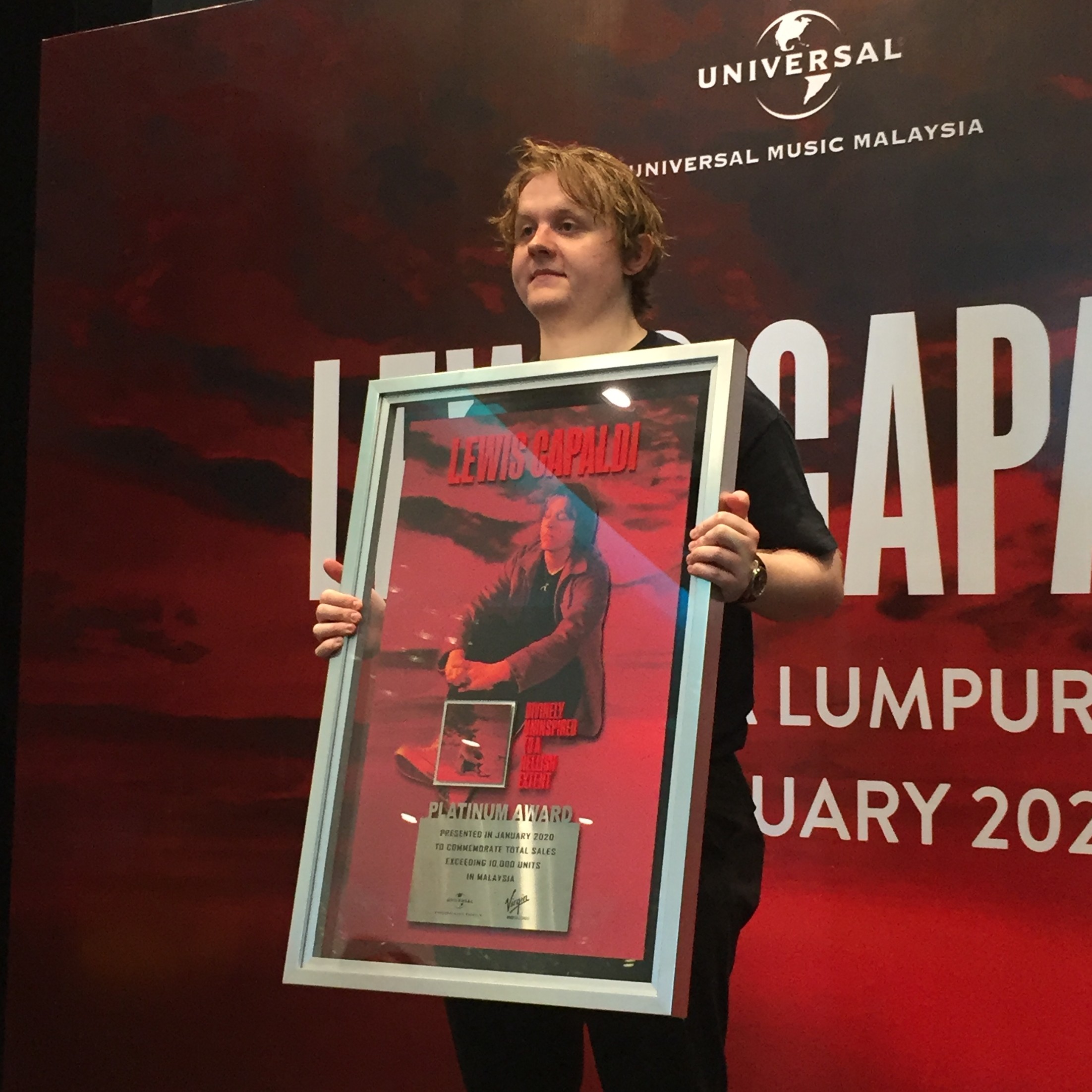 Arriving in a black tee and his usual relaxed demeanour, Capaldi is a laid back, 23-year-old you’d never expect a star of his stature to be. “Had I not gone on this route and become a singer, I’d honestly be home with my parents — and I actually still live with them! — playing some PlayStation®,” he says as the crowd bursts into laughter, “I just try to not take these things too seriously. I actually find the concept of ‘being famous‘ quite stupid, if I have to be honest.

Despite his humble approach to his growing popularity, Divinely Uninspired to a Hellish Extent snatched the breakout title of the first #1 Album of the new decade and UK’s Biggest Selling Musician of 2019. “I’d like to think of myself as just a young, chubby boy from Scotland. This is all still very, very surreal to me,” he says. When prompt for his thoughts on being compared to the likes of Ed Sheeran and ‘the male Adele’, Capaldi shares his utmost gratitude and feels flattered to be standing amongst some of his favourite artists in the industry. He lightens the mood of the room, as he usually does, by saying that he finds it rather odd to have never been compared to Beyoncé instead. You’re Beyoncé in our eyes, Lewis…

Following his latest hit single that has already hit #1 on major UK music charts, Before You Go holds a strong impact in Capaldi’s heart personally. “There’s a line in the chorus that goes ‘Was there something I could’ve said to make it all stop hurting?‘, and those words became the basis of the song. It means a lot to me,” he shares. The song is said to be his most personal one yet, with word that it was written for his maternal aunt that had taken her life when he was younger.