The pop star participated in a screening and talk for her “All Too Well” short film. 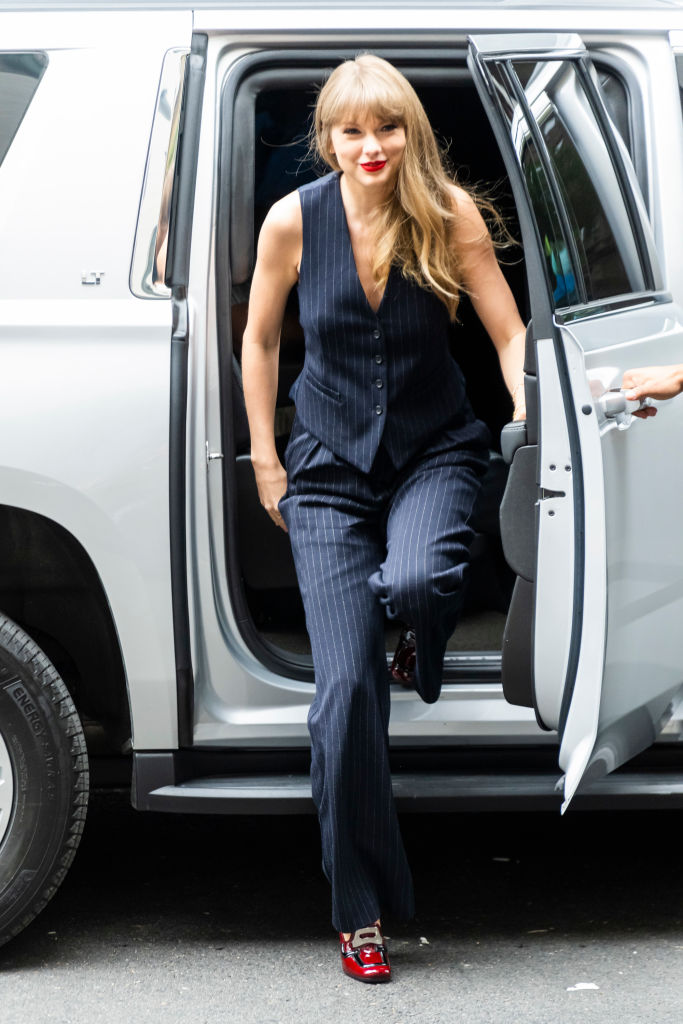 Taylor Swift wore a summer power-suit for her screening at the Tribeca Film Festival.

The Grammy-winning singer-songwriter made an appearance at the Beacon Theater in New York City, where hosted a screening and talk around her short film for the extended version of “All Too Well” at the Tribeca Film Festival.

In photos from her arrival, the “Blank Space” singer wears a navy pinstripe button-up vest and matching wide-legged pants from Max Mara’s pre-fall 2022 collection, pairing the two-piece suit with red pumps featuring sparkling black buckles. She accessorized the look with subtle gold jewelry, and matched her red lip to the standout shoes. 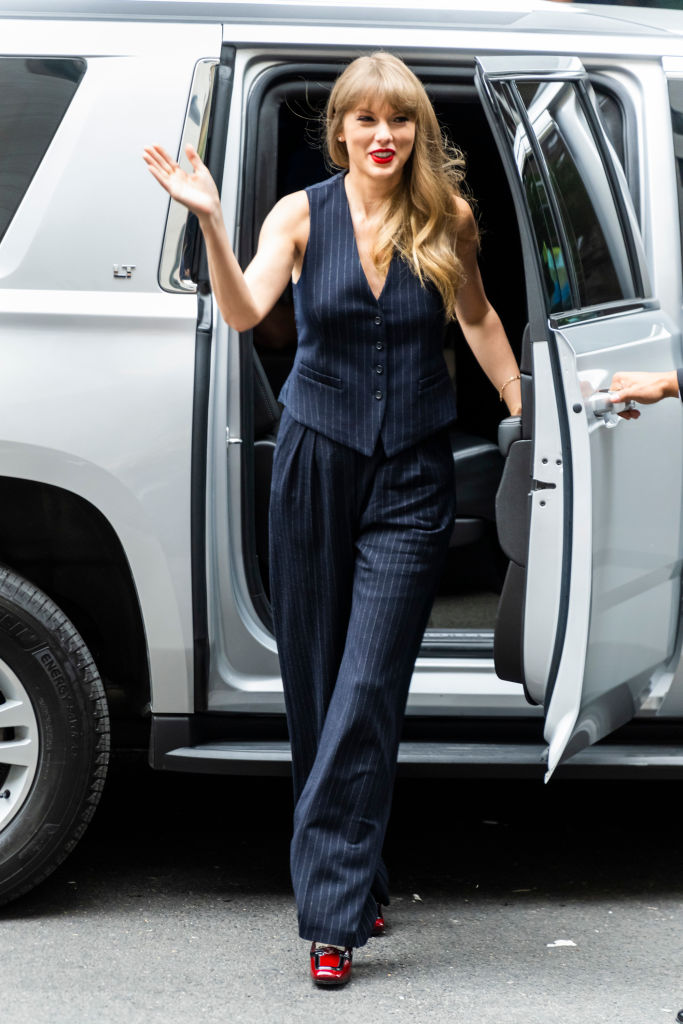 The screening for the 15-minute film, which is Swift’s directorial debut, also included appearances by the film’s actors, Stranger Things star Sadie Sink and Dylan O’Brien. Blake Lively and Ryan Reynolds also supported the pop star at the screening.

During a subsequent talk about the making of the film, which included a surprise performance of the title song, Swift talked about her journey to directing, overcoming imposter syndrome to consider herself a director, and her future ambitions.

“It would be so fantastic to write and direct a feature,” said Swift, adding that she’d approach a full-length project in a similar way as her short film. “I don’t see it being bigger in terms of scale. I loved making a film that was so intimate with a crew that was relatively small, just a really solid group of people that I trusted.”

The rare public appearance comes a month after the “You Belong With Me” singer received an honorary doctorate from New York University with the graduating class of 2022. In her commencement speech, the star gave honest life advice to the new graduates.