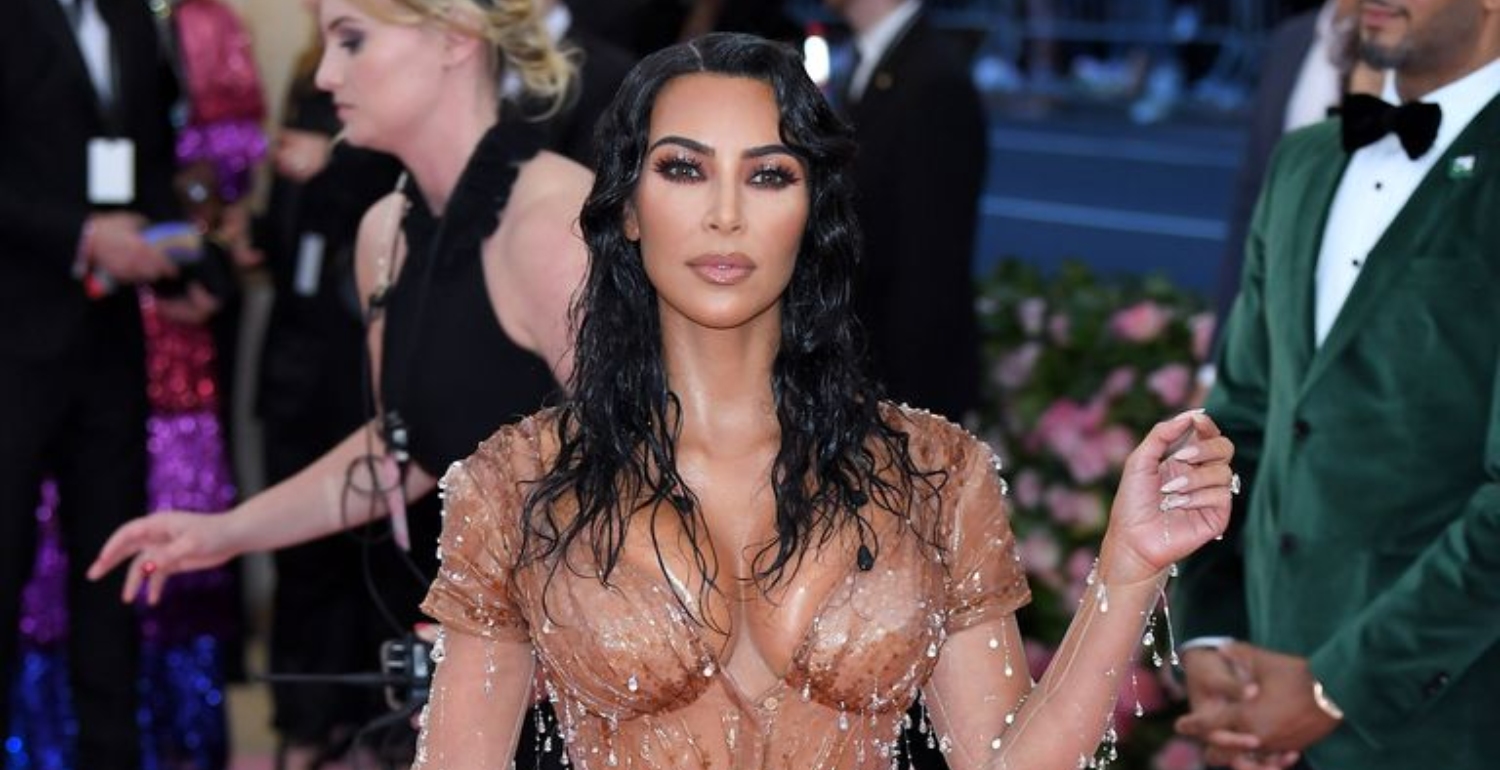 Kim’s look was created for her by Mugler, and gave the appearance that she was literally dripping with diamonds. She teased on Twitter that the dress was inspired by Sophia Loren’s look in the 1957 movie, Boy on a Dolphin. Of Mugler’s design, Kim told E! News, “He just envisioned me this California girl stepping out of the ocean, on the red carpet, wet, dripping, that is the vibe tonight.” 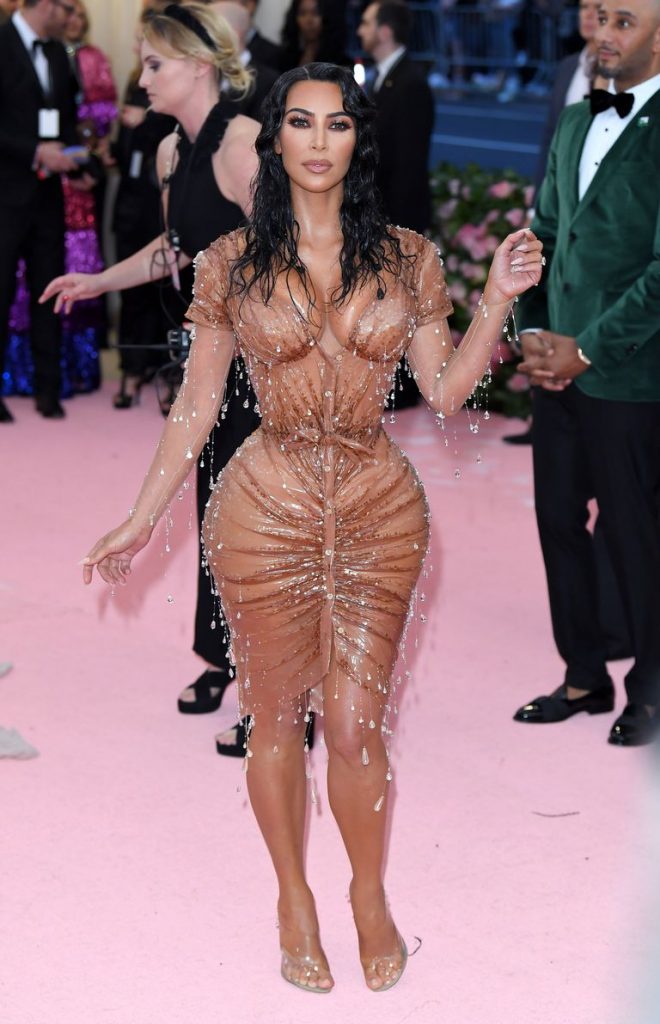 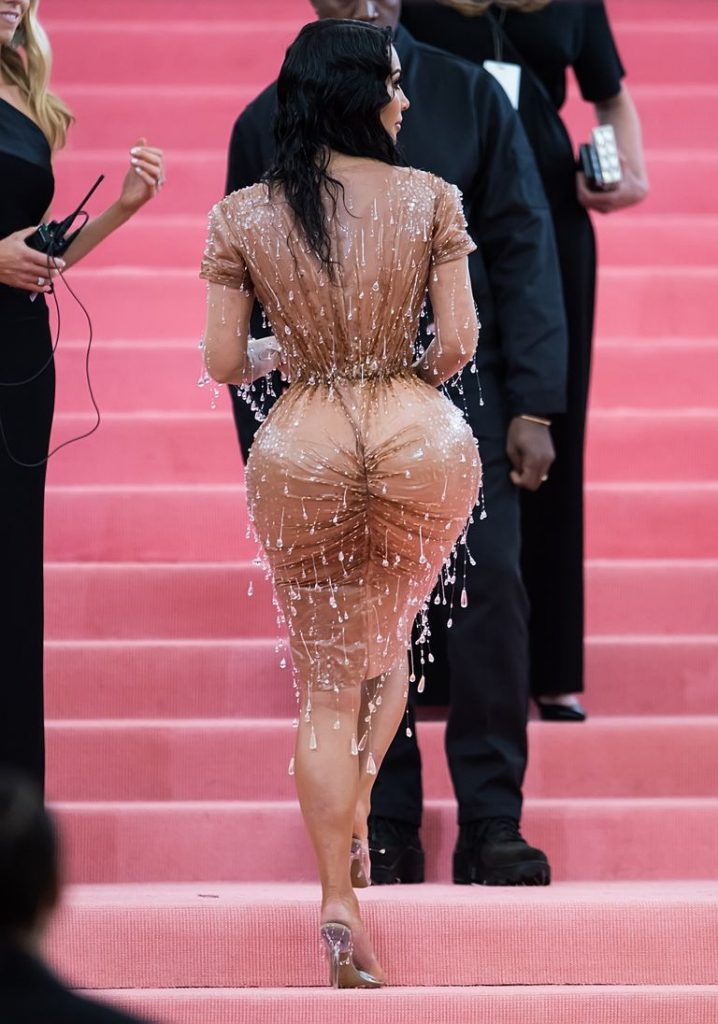 But one element of the dress that has caused a lot of debate is Kim’s tiny waist. However, Kim’s personal trainer, Melissa Alcantara, is not here for the criticism, and took to her Instagram Stories to tell the world.

Alcantara wrote, “To make things clear 1. This dress is corseted BUT 2. Kim trains her ass off 6 days a fucking week, she wakes up early AF and is dedicated. 3. I paved the road for her but SHE did the work! MOST IMPORTANTLY I don’t give a shit about your opinions on her body, if you think she fake or not! I see her every morning, I see her train and I see her sweat and I see all the work she does outside the gym and THAT is commendable!” 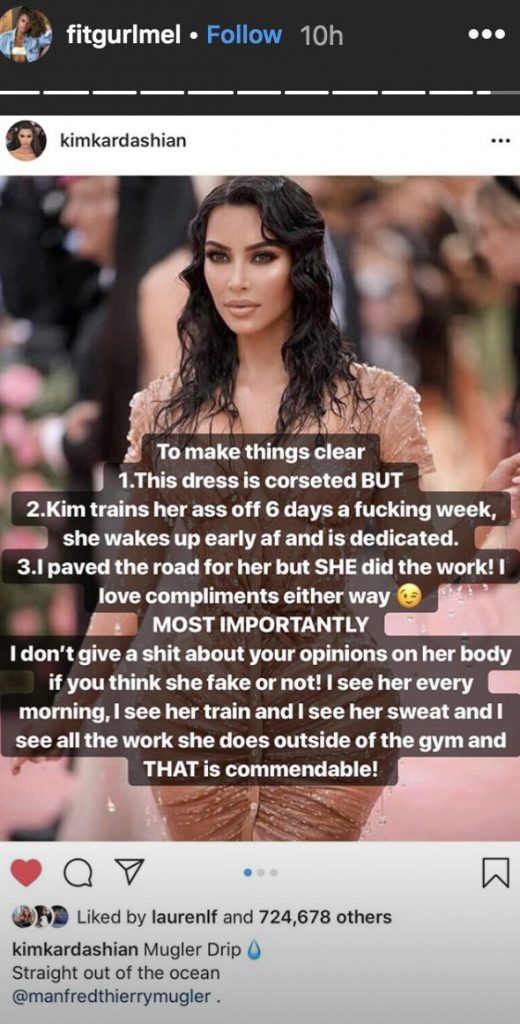 Anyone that follows Kim’s Instagram Stories will know that she hits the gym first thing every morning, and often shares workout videos with Alcantara. It’s also worth noting that the Met Gala’s theme was “Camp: Notes on Fashion,” inspired by Susan Sontag’s 1964 essay which defines camp as “love of the unnatural: of artifice and exaggeration,” and Kim’s waist was definitely exaggerated.

As for the dress itself, Kim told E! News of her look, “This is the first time in 20 years that Mr. Mugler has designed for the House of Thierry Mugler.” She continued, “He hasn’t designed in 20 years, so to come and design this gown for me is such an honor. This is about eight months in the making.”