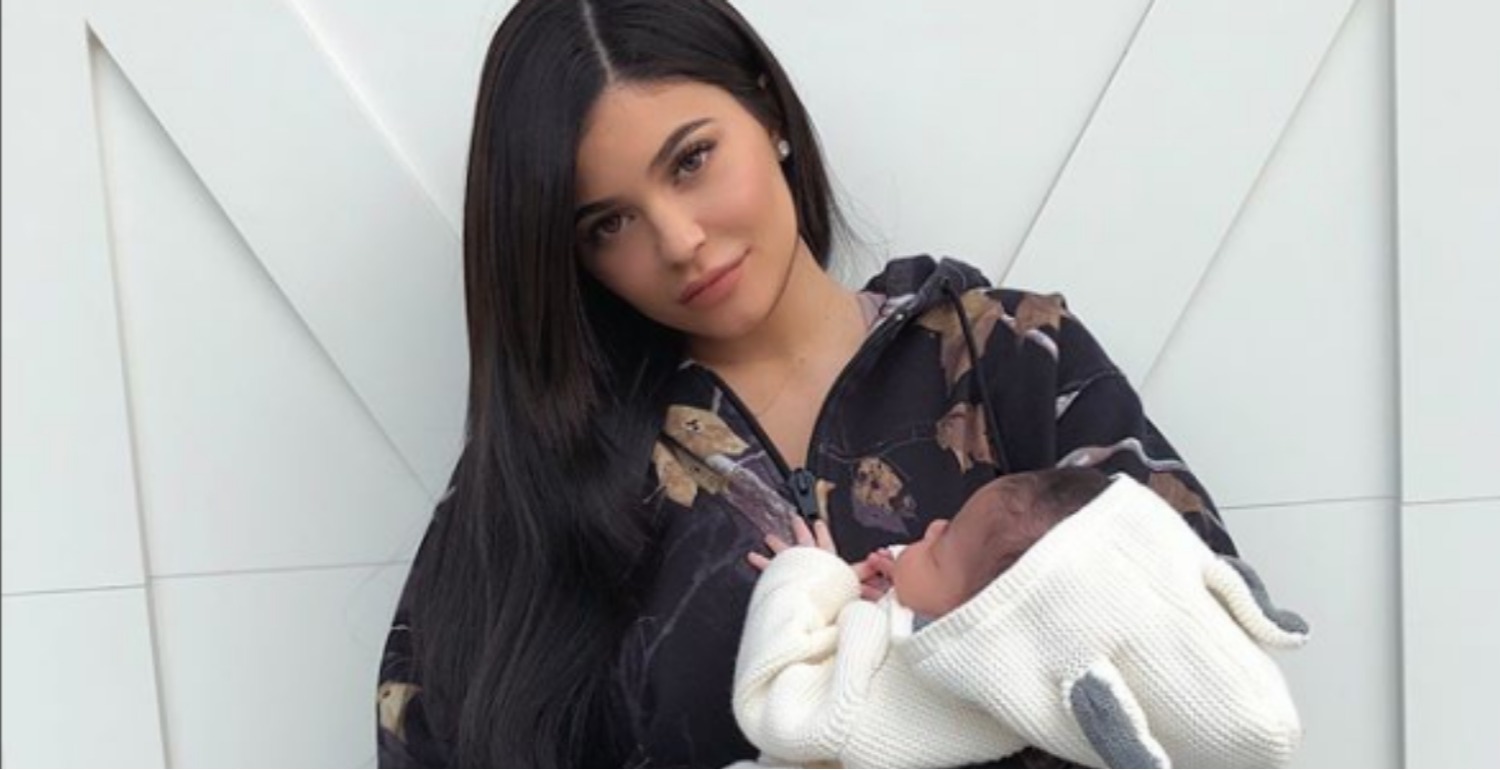 Kylie Jenner just shared the first full photo of her and Travis Scott’s daughter, Stormi Webster. The new mom previously teased an image of her baby girl, when she Instagrammed a photo of her little hand grasping her thumb, but this marks the first time we’ve seen the little one’s face—or at least it’s significantly more than we’ve seen in the past.

“My angel baby is 1 month old today,” Jenner wrote, celebrating her daughter’s one-month birthday. The baby girl is swaddled in a cozy white knit onesie (complete with adorable ears!) while her mom sports a tracksuit and clunky sneakers.

The mother-daughter photo arrives hours after Jenner showed off her post-baby body—wearing nothing but a t-shirt and underwear—on her Snapchat and Instagram stories.

Kylie finally posted a video of herself! Just 1 month after having a baby! (Posted 3/1/18)

Stormi Webster was born on February 1. After Kylie kept her baby news under wraps for months, she similarly kept quiet about the birth of her child until she made the announcement three days later. The beauty mogul shared the news with a sweet post on Instagram and emotional YouTube video documenting her entire pregnancy.

“I understand you’re used to me bringing you along on all my journeys,” she explained. “My pregnancy was one I chose not to do in front of the world.” Days later, Jenner shared her first pic of Stormi, which only featured a glimpse of the baby’s hand. The photo quickly became the most-liked post in Instagram history.

Now, the 20-year-old is slowly returning to the spotlight. She made her first post-baby appearance a week and a half after giving birth, when she was seen out with her friend Jordyn Woods in LA. She’s also returned to posting new content on Instagram (which includes a pants-less Valentine’s Day mirror pic).

Though it seems like Kylie’s back to her old social media habits, don’t expect her to overshare about Stormi. “She is extremely protective and she is very focused on trying to keep motherhood private for right now,” a source told Us Weekly.