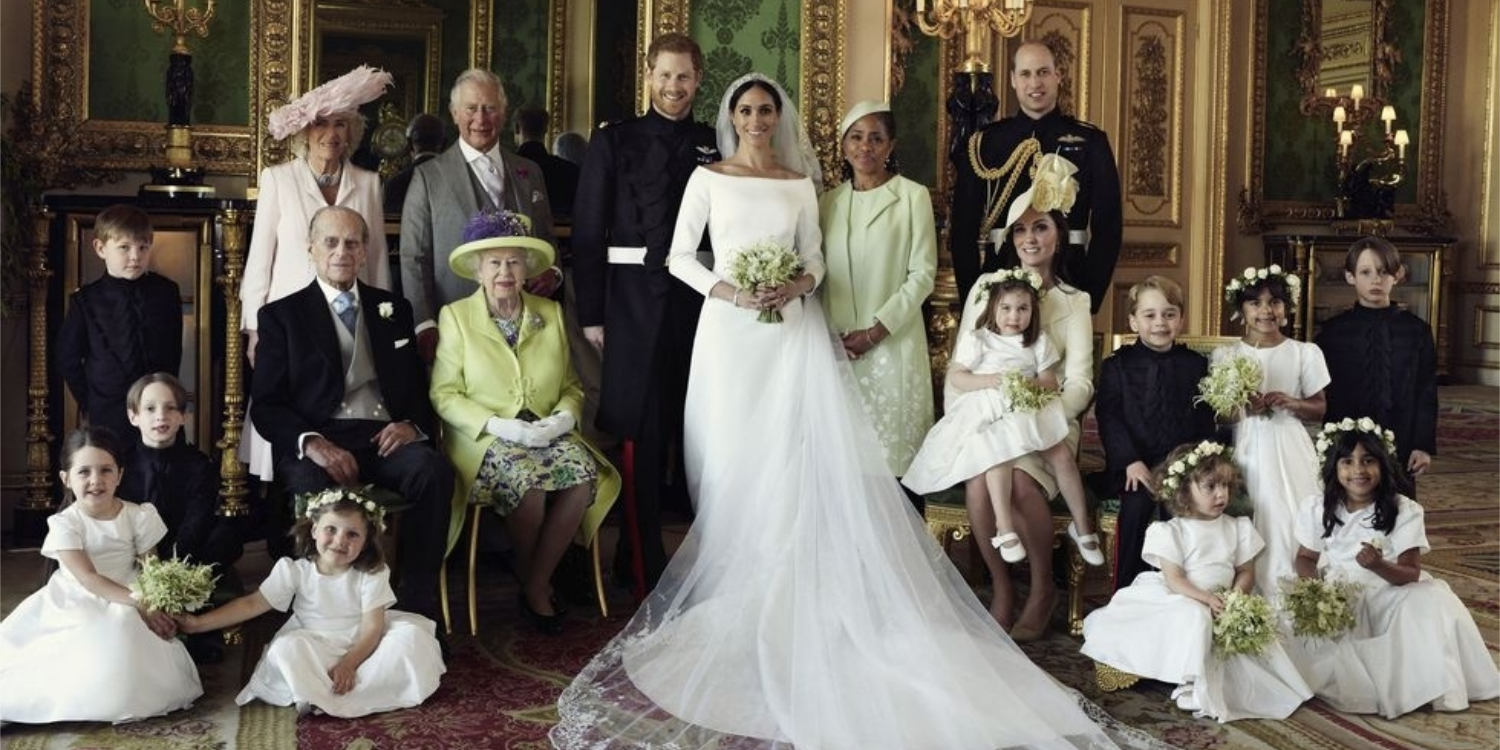 People /
Celebrity Watch
A royal expert on why Kate Middleton is sitting, where Thomas Markle would have stood, and much more.
by Lyndsey Matthews

The official royal wedding portraits are here and they are stunning. But just like many other moments from royal wedding, it appears that Prince Harry and Meghan Markle have bucked tradition ever so slightly with their official family portraits, too.

“These portraits cement Harry and Meghan’s place at the heart of the royal family,” former royal editor for The Sun and Prince Harry biographer Duncan Larcombe tells BAZAAR.com.

“Meghan’s mum is seen standing next to her daughter and beaming with pride after a wedding that ripped up the rule book,” Larcombe continued. “Even the Queenseems uncharacteristically relaxed as she and the 96-year-old Duke of Edinburghare joined by three generations of their family.”

While it is tradition for the royal family to release official family portraits following any royal wedding, these photographs also serve as a reminder that neither Meghan’s father Thomas, nor any other blood relative other than her mom, Doria Ragland, was able to attend.

To make up for this, the photographer, Alexi Lubomirski, positioned the Duke and Duchess of Cambridge next to Meghan’s mother so the photograph didn’t appear unbalanced. 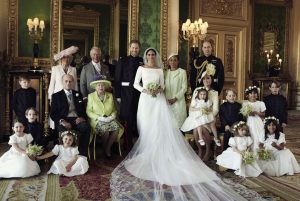 In all other family portraits from previous royal weddings, the groom’s family stands on one side, with the bride’s family on the other. In fact, in the Duke and Duchess of Cambridge’s official royal wedding portraits, Prince Harry, Prince Charles and the Duchess of Cornwall stood directly to the right of Prince William, while Kate Middleton’s parents and siblings stood to her left.

If Thomas Markle had made it to the wedding, he likely would have been standing in the same spot where Prince William ended up posing, or even where Ragland stands in the portrait, seeing as Kate Middleton’s father stood directly to her left in her wedding portraits. 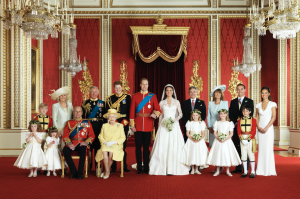 In both sets of portraits, the Queen and the Duke of Edinburgh sit directly in front of Charles and Camilla, but why is the Duchess of Cambridge also sitting down in Meghan and Harry’s photos?

While Larcombe didn’t have a definitive answer, it’s safe to assume that Lubomirski decided the image just looked more balanced that way. But also keep in mind that Kate did just give birth less than a month ago and probably appreciated the chance to sit after chasing Princess Charlotte and Prince George around earlier in the day.

Beauty Buzz
From red lips to graphic eyes, here are the key make-up looks to get on your radar.
Type keyword(s) and press Enter
WordPress Lightbox Plugin