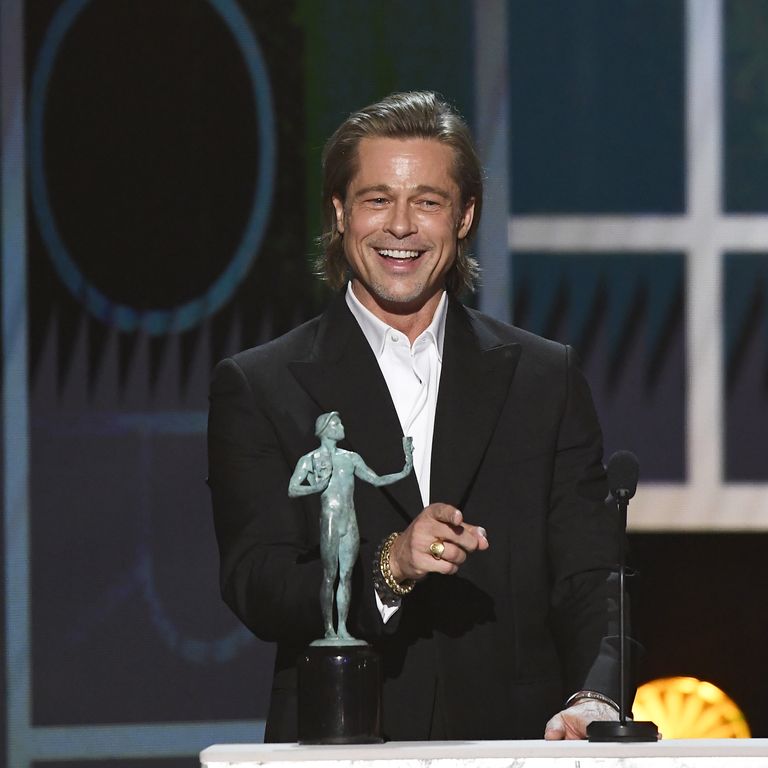 If we’ve learned anything at the start of this awards season, it’s that Brad Pitt’s got jokes.

While accepting another win for his portrayal of Cliff Booth in Once Upon A Time … in Hollywood at this evening’s SAG Awards, the actor joked about how his recent wins could help him out in the dating app-sphere.

“I got to add this to my Tinder profile,” joked Pitt as he accepted his trophy, prompting laughter from the crowd. The actor went on to acknowledge the hard work of his Hollywood colleagues and co-stars during his speech.

Brad Pitt wins best supporting actor at the #SAGAwards: “I got to add this to my Tinder profile” https://t.co/GESKRiECOo pic.twitter.com/wQtExRjflw

“I want to thank my co-stars Leo, Margot Robbie—Margot Robbie’s feet, Margaret Qualley’s feet, Dakota Fanning’s feet,” joked the actor again while taking a jab at his director Quentin Tarantino and his infamous foot fascination. “Seriously, Quintin has separated more women from their shoes than the TSA.”

Pitt didn’t continue his winning speech without taking another moment to poke fun at himself and his love life.

“You all elevated my game and I certainly hope I did the same for you,” he continued. “Let’s be honest, it was a difficult part—a guy who gets high, takes his shirt off and doesn’t get it on with his wife. It was a big stretch.” 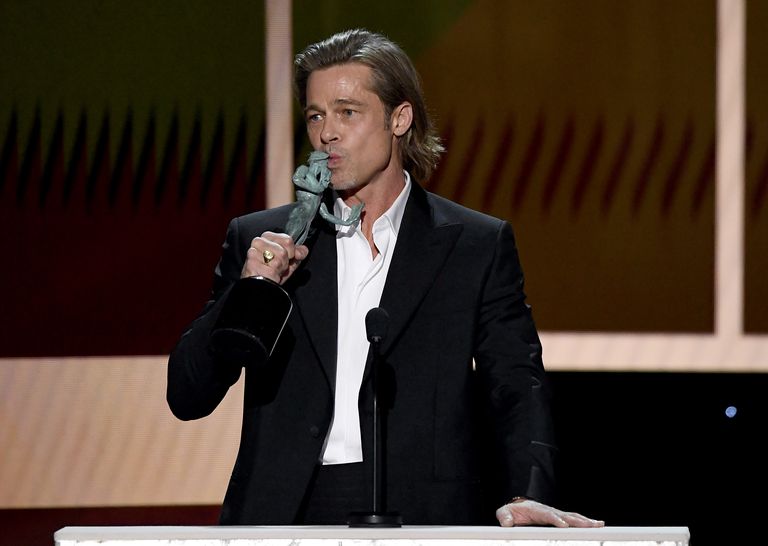 Even through another speech chockfull of dad jokes, Pitt still managed to center his speech back to what the evening’s award ceremony is about—the celebration of actors, acting, and the love of filmmaking.