In honour of its golden jubilee, Corum presents the Admiral 45 Tourbillon, a 45mm limited edition timepiece – the only watch of its kind. 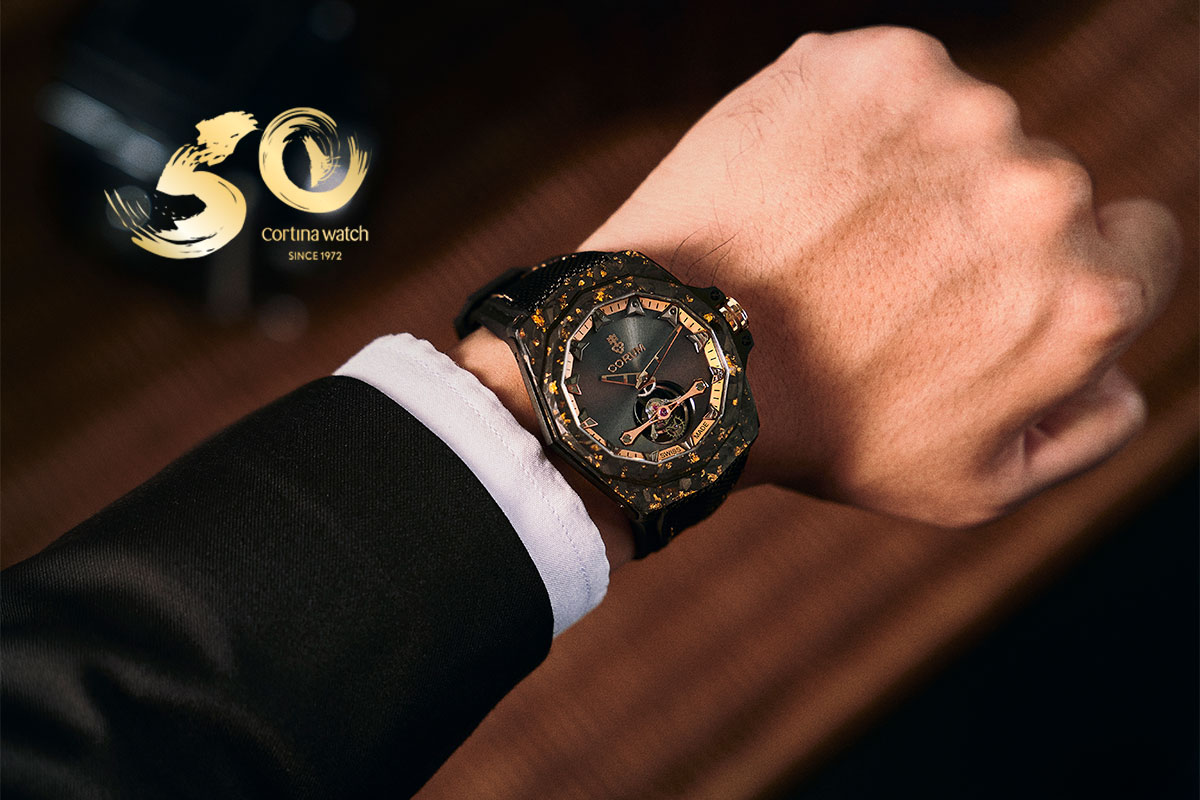 In celebration of Cortina Watch’s 50th Anniversary, Corum launches this anniversary-exclusive timepiece featuring Corum’s audacious use of an avant-garde fusion material that mixes carbon and 18K gold. Limited to 10-pieces globally, no two pieces of the emblematic dodecagonal-shaped Admiral case in this collection are the same. Each watch is unique, and the use of cutting-edge material enhances the striking gold elements. This integration of a pure stark black sunray-finished dial and the impressive tourbillon truly makes this rare creation in a class by itself.

The partnership between Cortina Watch and Corum began in the 1980s. “In 1992, Cortina Watch and Corum first got together to launch a special edition timepiece to celebrate our 20th anniversary, and I am thrilled to have the opportunity to be able to collaborate again for our golden jubilee. This extraordinary creation is a wonderful testament to our treasured relationship, which has withstood the test of time.” – Mr Jeremy Lim, CEO of Cortina Watch. 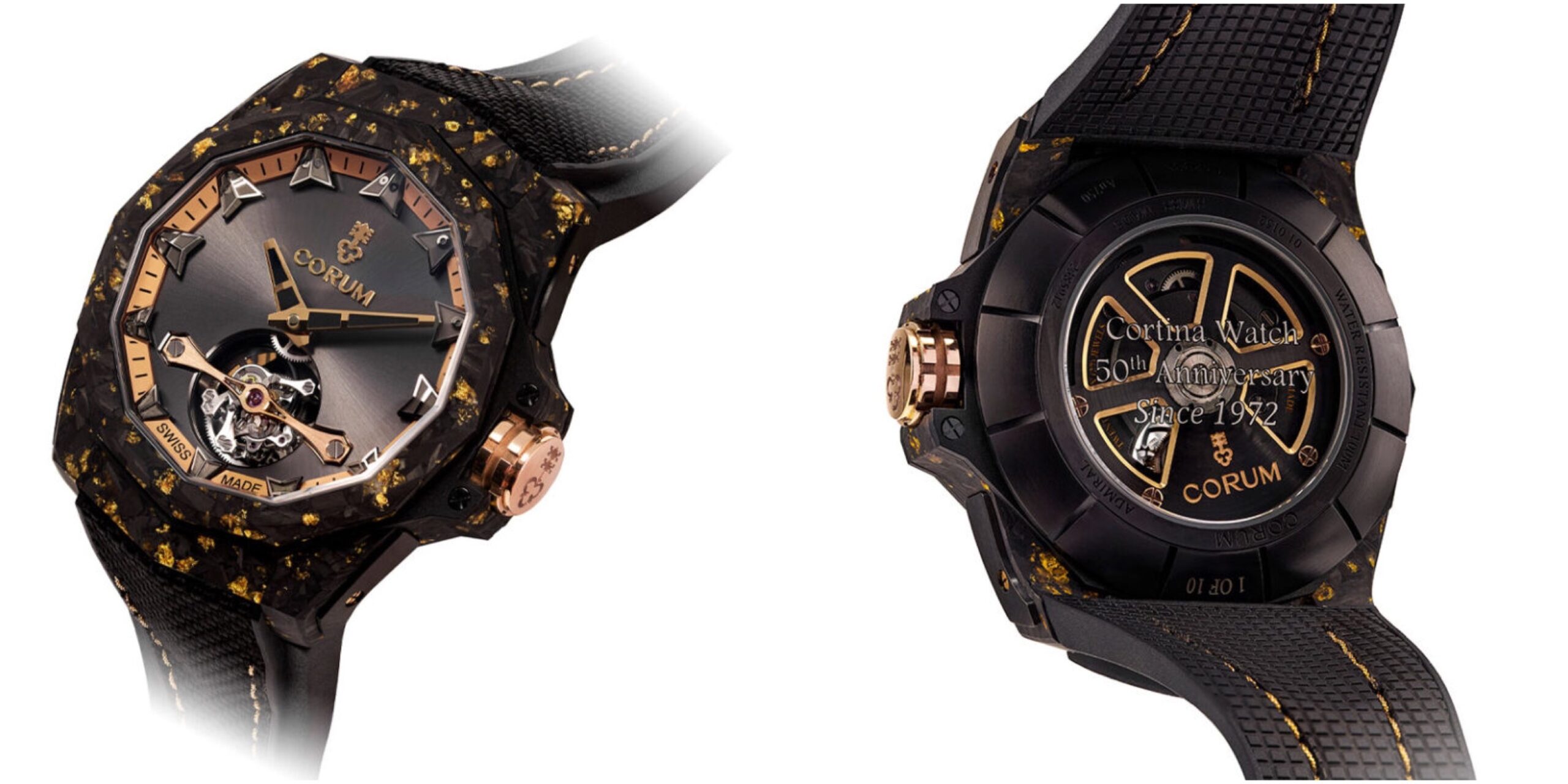 The dark carbon case infused with 18K gold inclusions evokes the wonder and mystery of the starry sky over the horizon – a magical sight to behold while sailing at night. This revolutionary fusion material is proprietary to Corum, making it currently the only watch brand to use it in its creations.

The watch features a sunray-finished anthracite dial with an aperture at 6 o’clock for the tourbillon. Not commonly seen on Corum watches, the sunray-finished dial has a subtle iridescence that radiates a magnetic aura.  This Admiral 45 Tourbillon Cortina Watch is especially noteworthy due to its closed dial, which is unusual for Corum as their tourbillon watches often have open worked dials.

Be one of the ten proud owners of this effortless timepiece worldwide and get ready to celebrate and be captivated. Wearers will definitely allure and enchant those around you.