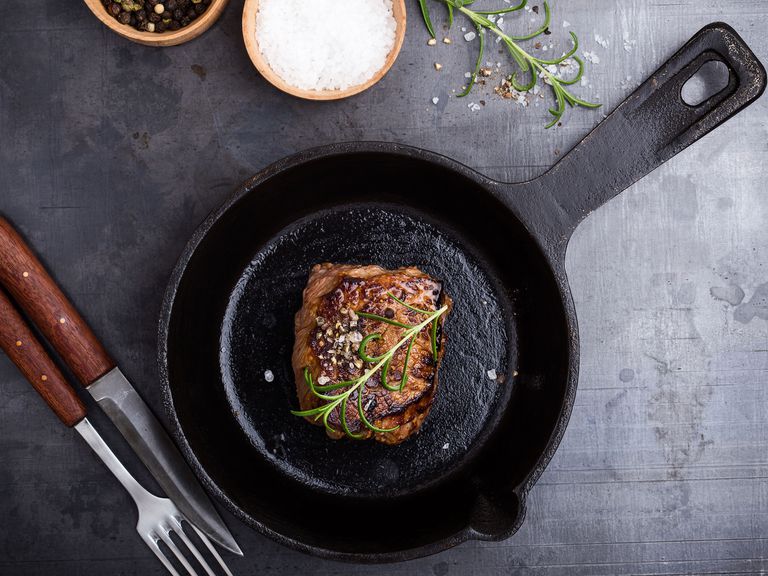 Over the past few decades, low-carb diets are becoming more and more popular as people adopt the likes of the Atkins or the ketogenic diet in order to lose weight. However, a newly published study suggests that cutting carbohydrates in this way may actually lead to a lower life expectancy.

A study undertaken over a 25-year period in 15,400 Americans indicated that a moderate cut in carb consumption is far healthier than a dramatic cut. It also suggested that swapping carbs for plant-based protein and fat alternatives is healthier than swapping it for animal-based products.

The study, which was published in The Lancet Public Health, relied on participants filling out questionnaires about the food and drink they consumed, as well as their portion sizes. The scientists then estimated the proportion of calories they were getting from carbs, protein and fat.

The results showed that those who got around 50-55 per cent of their calories from carbohydrates – which is the moderate group – had the lowest risk of death compared to the extra low-carb, the low-carb and the high-carb groups.

To sum it up, those likely to live longest were the participants who consumed a moderate amount of carbohydrates…

In addition to these findings, the scientists discovered that eating more meat and cheese in place of carbohydrates, rather than plant products, even further led to a decreased life expectancy. Those who swapped their carbohydrates with plant-based food (including nuts and legumes) actually saw a reduced risk to mortality.

“Our data suggests that animal-based low-carbohydrate diets, which are prevalent in North America and Europe, might be associated with shorter overall life span and should be discouraged,” Dr Sara Seidelmann, clinical and research fellow in cardiovascular medicine from Brigham and Women’s Hospital in Boston, who led the research said (via BBC). “Instead, if one chooses to follow a low-carbohydrate diet, then exchanging carbohydrates for more plant-based fats and proteins might actually promote healthy ageing in the long term.”

So you might want to think twice about adopting a low-carb diet in order to lose weight, particularly if you were planning to swap your carbs for animal products.

9 PIECES OF DIET ADVICE YOU NEED TO STOP BELIEVING

MYTH: CLEANSES CAN HELP YOU LOSE WEIGHT Fact: most of us don't set out to cleanse with any intention of staying on an ultra-strict regime for the rest of our lives, and with good reason. This thinking can set you up for failure. Why? You adhere to your new plan for a week, drop a few pounds (or maybe gain some from all the sugary liquids), and then dive headfirst into a pint of Ben & Jerry's. It's more empowering to make small, but impactful, changes to your diet than to abstain from solids and essentially eat baby food for a week. And no, a "three-day juice cleanse" or a "22-day vegan cleanse" will not make you look like Beyoncé. Westend61

MYTH: YOU HAVE TO CUT "X" TO LOSE WEIGHT Fact: gluten, sugar, dairy, carbs, meat… you name it, someone suggests you cut it out. Truthfully, eliminating certain nutrients or food groups may help shed weight at first, but that's largely due to behavioural changes you make. If you cut sugar, you're presumably not eating the cupcakes you normally would every other day. But cutting some food groups can lead to weight gain. Most gluten- or dairy-free alternatives are full of added calories or have unpronounceable ingredients, so the real thing can be healthier. Unless there's a medical need for you to shun a food group, skip this strategy. Daniel Hurst Photography

MYTH: HEALTH-FOOD STORE PRODUCTS ARE "BETTER FOR YOU" Fact: no matter where you shop for food, you always have to read labels. The "organic" claim has no bearing on the number of calories you're consuming when you dig in. And there's no hard-and-fast rule or clear definition of "natural" labels when it comes to food products. For example, some yoghurts that are labelled "all natural flavours" actually have 40g of added sugar per cup. Choose plain, whole foods for waistline- and wallet-friendly groceries. hugo chang

MYTH: HEALTHY FAT CAN HELP YOU LOSE WEIGHT Fact: it's true that a fat-free diet can make you gain weight. You rarely feel satisfied, so you wind up loading up on sugary, processed foods instead. But conversely, loading up on ingredients like coconut oil, olive oil, nuts and avocado is only healthy to a point. Yes, these are better types of fat — but that doesn't mean there shouldn't be a limit on how much you eat. Fat has nine calories per gram, while protein and carbs have four, so it can add up quickly. Make sure you're measuring out cooking oils, nuts and that sliced avocado to keep your consumption in check. Cultura/Danielle Wood

MYTH: EVERYONE NEEDS A "CHEAT DAY" Fact: yes and no. This strategy is extremely effective for certain people, but not for everybody. A weekly "cheat day" if done wrong, can derail all the diet and exercise efforts that you've made over the course of the week. For some, dedicating the whole day to eating whatever you want can translate into a 'no baked good left behind' campaign or a burger binge, which will result in weight gain instead of maintenance. The other hazard? It can be tough to get back on track the next day — you may feel too full to hit the gym. Instead, choose a "cheat" meal, snack or dessert (something that you don't necessarily have every day) and savour every last bite. Cultura/Line Klein

MYTH: YOU DON'T HAVE TO EXERCISE IF YOU'RE ON A STRICT DIET Fact: it's true that when it comes to losing weight, your eating habits are more important than your workout. But that doesn't mean skip the gym and curl up for a Homeland marathon. Staying fit is an important part of fending off chronic diseases like diabetes and heart disease. Even if you've hit your ideal weight and eat well, you still need to incorporate regular physical activity in your life. Fortunately, it doesn't take much. One study found that those who exercise 30 minutes or more a day were more successful at losing (and keeping off) weight than their non-exercising counterparts. Cultura RM/BRETT STEVENS

MYTH: CERTAIN FOODS CAN BOOST YOUR METABOLISM Fact: some research has demonstrated that certain spices — specifically hot foods— can have a metabolic benefit. Similarly, some beverages like green tea can also give you a boost. But if you hate spicy foods or would rather drink gasoline than swap your coffee for tea, don't do it. Current research has yet to suggest a significant enough change to your body's set metabolic rate. A better bet is making strength training a part of your workout regimen. There is data that suggests increased muscle mass boosts your metabolism, so start sweating. Sakis Papadopoulos

MYTH: ONCE YOU DO 30 MINUTES OF CARDIO, YOU CAN RELAX ALL DAY Fact: incorporating physical activity into your daily routine is an effective way to say goodbye to yo-yo dieting. Though a killer workout will rev up your metabolism, you can't spend the rest of the day sitting at your desk or on the sofa. Studies show that successful weight loss and maintenance is higher among those who make the effort to consistently move around. Find small ways to stay active, especially if you work in an office. Take the stairs, stand while you're on a call, and pace around the bathroom while you brush your teeth. A little effort goes a long way. Martin Barraud

MYTH: FLAT BELLY FOODS ARE A THINGFact: sadly, we can't "spot train" specific areas of our bodies with what we eat. When dietitians like me talk about "flat-belly foods", we usually mean ones that can cut back on uncomfortable gas and bloating — not actually tone an area of your body. That said, significant research links certain dietary patterns to reducing waistlines. Try eating low-fat (or skimmed) dairy regularly, snacking on high-fibre nuts (limit to a handful), and replacing calories from processed foods, added sugar and saturated fat with whole grains, fresh fruits and vegetables, plant-based protein and seafood.

Fashion News
As the brand’s new creative director unveils his first collection, he tells us why the label couldn’t be more relevant