Melbourne, Brisbane, Gold Coast, Queensland, Rockhampton, Uluru, Sydney, Perth and even Australia’s outback – Amira Rahmat shares how she immersed herself in the Australian way of life, exploring the country on her own terms, meeting new people, and earning income along the way. 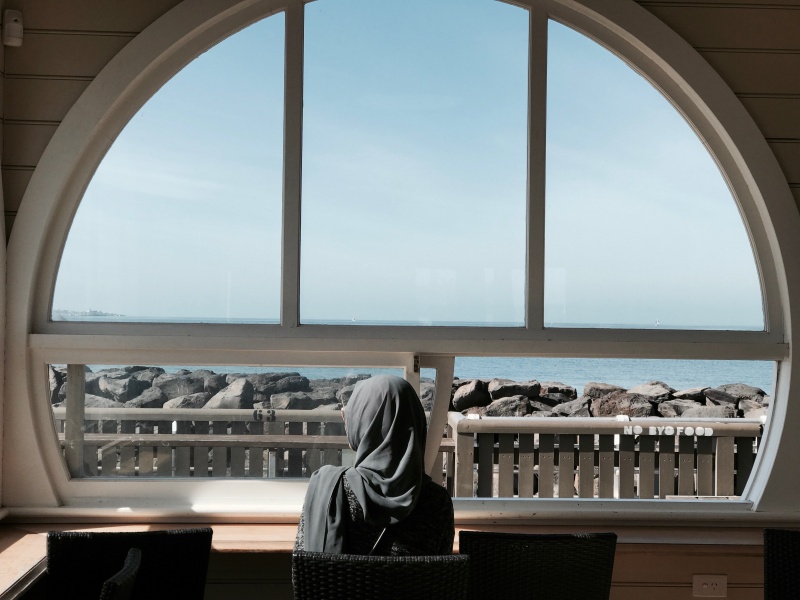 It doesn’t seem too long ago now that global borders were first shut due to the pandemic, triggering an array of unforeseen challenges for travellers and aspiring nomads. After two years of only being able to travel close to home, travellers and adventure seekers are excited at the opportunity to travel abroad again. As international borders gradually reopen, Amira Rahmat, recalls her time as a working holiday maker in Australia.

As a working holiday maker, you have the chance to explore the land down under, and all its unique offerings that a normal tourist may not experience. In the wake of the pandemic, travellers are increasingly seeking authentic, memorable experiences, chanting the mantra of “I’m going as a traveller, not a tourist.” Australia appears to be riding the wave of this trend, with their working holiday maker program. This exact program gave Amira the opportunity to indulge in the concept of working holidays, spending a year working and exploring Australia. 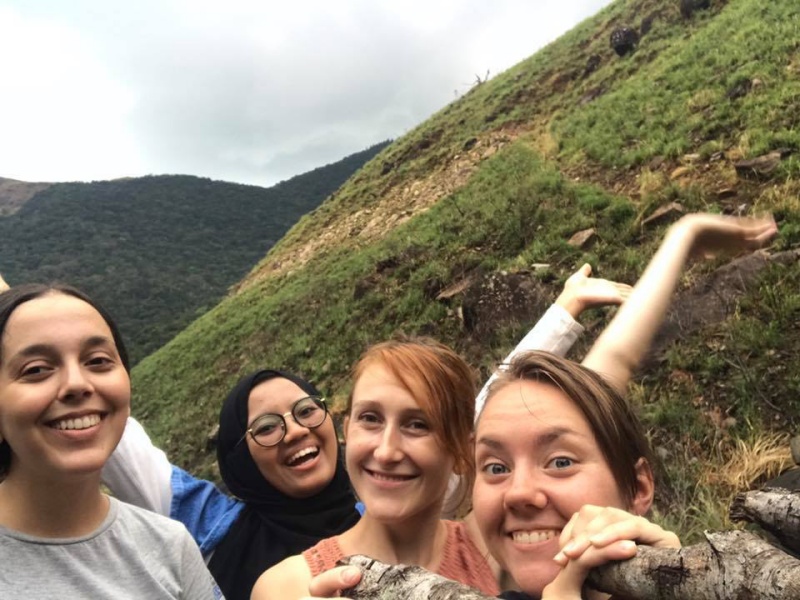 For Amira, the beauty of this program lies in the ability to immerse oneself into the local culture and gain experience in different industries while it’s done. “It’s such a widely dispersed country, there’s so much to explore. Being a working holiday maker allowed me to do more than what a typical tourist would do, you venture into the non-typical tourist experiences (the hidden local things), really localizing yourself with the people and culture.”

Taking a break from her corporate life and the hustle and bustle of Singapore’s city life, Australia was the perfect destination of choice for this experience. After be-friending a stranger on Facebook, Amira’s working holiday journey began – trying her hand at a tomato glass house, before moving on to an animal sanctuary, a café, and eventually a supervisor at a blueberry farm. “I was excited when I found out the blueberry farm was a main supplier for Driscoll’s! I learnt the quality control of berries and trained team members from France, Korea, the UK, Taiwan, Malaysia and even Vanuatu.” 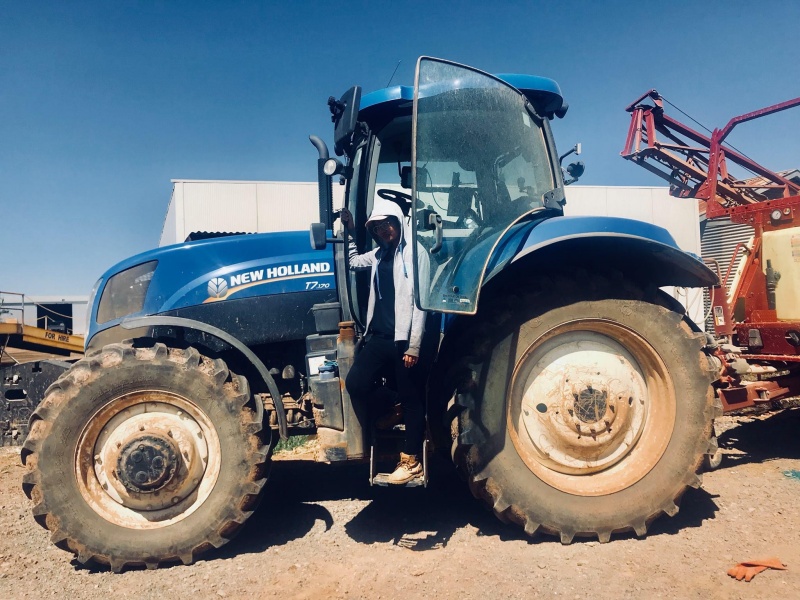 As a life sciences and environmental biology major, Amira’s interest in the program first sparked when she was keen to get involved with Australia’s wildlife, working alongside endangered species – wallabies, wombats, koalas and snakes. “But there’s so much more than that, you can get involved with oyster farming, truffle farms, national parks, ski resorts and of course, the fruit orchards,” she reminds.

From the abundant wildlife and beaches to the travelling café scene, she talks about all the hidden gems, small and big authentic experiences she’ll never forget, “because of how the program works, I had the time to earn income and also explore tiny towns, join company barbecues, visit Sunday markets, and of course, make really good friends from all around the world. I visited all the places I would never have had the time to visit if I was there as a tourist.” Amira even touches on the difference between Australia’s authentic Sunday markets that she frequented vs. the charms of a touristy Sunday market. 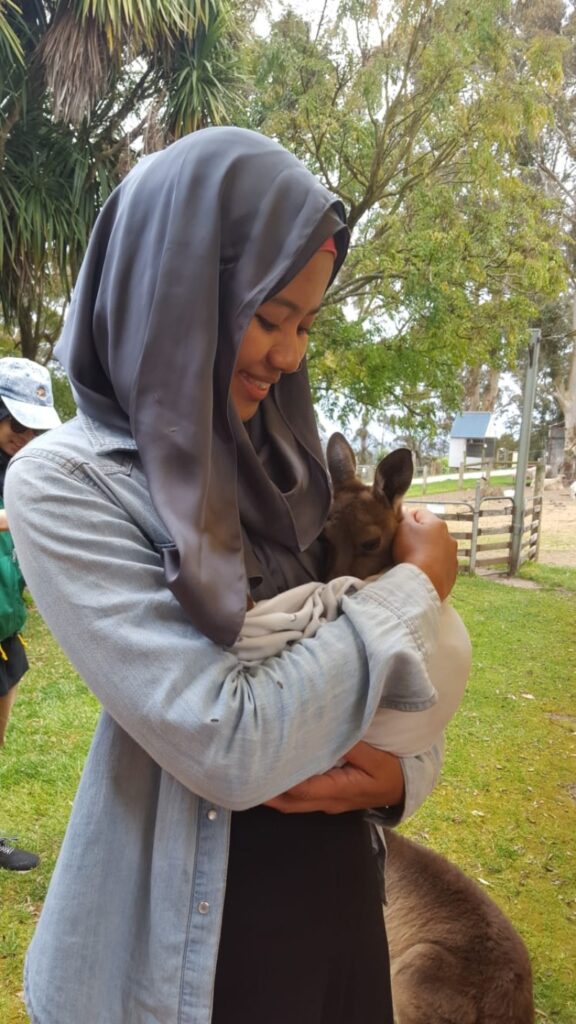 A common misconception of working holiday makers is that they can be seen as nothing more than “backpackers who aren’t sure what they want in life.” Amira disagrees, saying “I learnt a lot of life skills during my time as a working holiday maker – independence, being more flexible and free-spirited as new things come along, and it expanded my perspective and broadened my horizon.”

Although the concept of a working holiday may contrast Singapore’s more conventional route – where life needs to be peppered with stability and certainty, Amira believes it offers a set of opportunities that is great in its own way. “Working holiday makers have the right to work in any industry, that includes corporate, marketing and office jobs. The variety – that’s the beauty of it.” 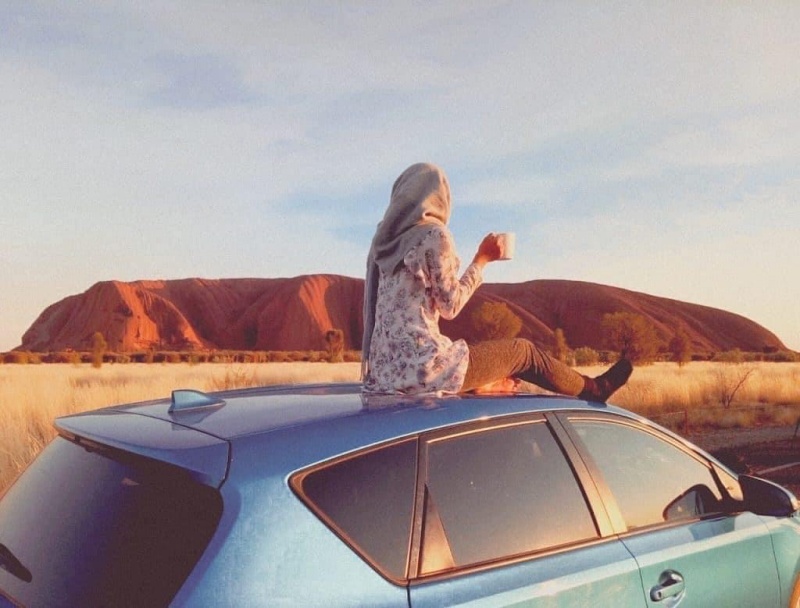 Often with moving to a new country, the case of anxiousness and fear are not uncommon, much as in the case of Amira who believes journaling and going back to her roots helped with her experience. “Of course, there were times I felt I needed some sense of belonging and comfort, but that’s normal.” Amira found that penning down her experience and keeping a journal of positive quotes helped her to keep grounded and remind herself of the reason she embarked on the journey in the first place. She tends to bring influences of her own religion into her journey as well. “You’ll overcome the initial fear when you realize it’s all about new experiences.”

Inspired by her experience, Amira is now the founder of travel content creation platforms on Instagram and TikTok @asingaporeanabroad, and started her very own TikTok marketing agency @mirahmedia.

As her penchant for travel continues, Amira has restarted travel content creation – offering different perspectives and sharing Muslim-friendly itineraries from around the world. 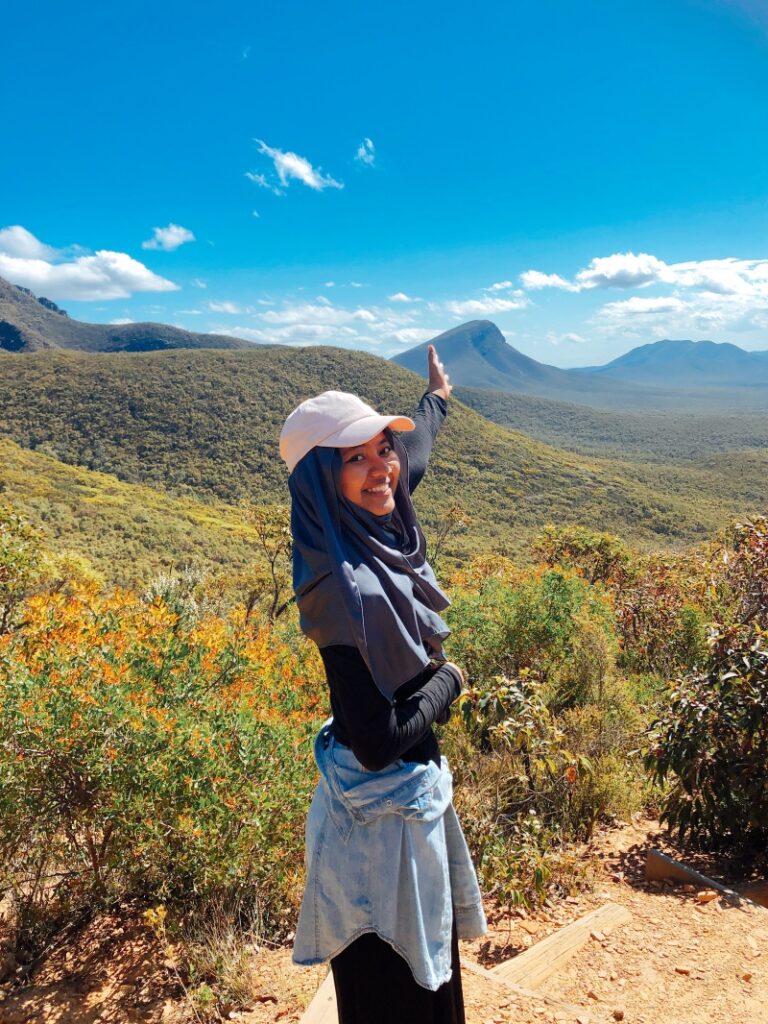 When asked what her one best advice would be, Amira leaves us with two quotes, “Just take that leap of faith, trust your intuition,” and “Making a big life change might be scary, but regret is scarier.”