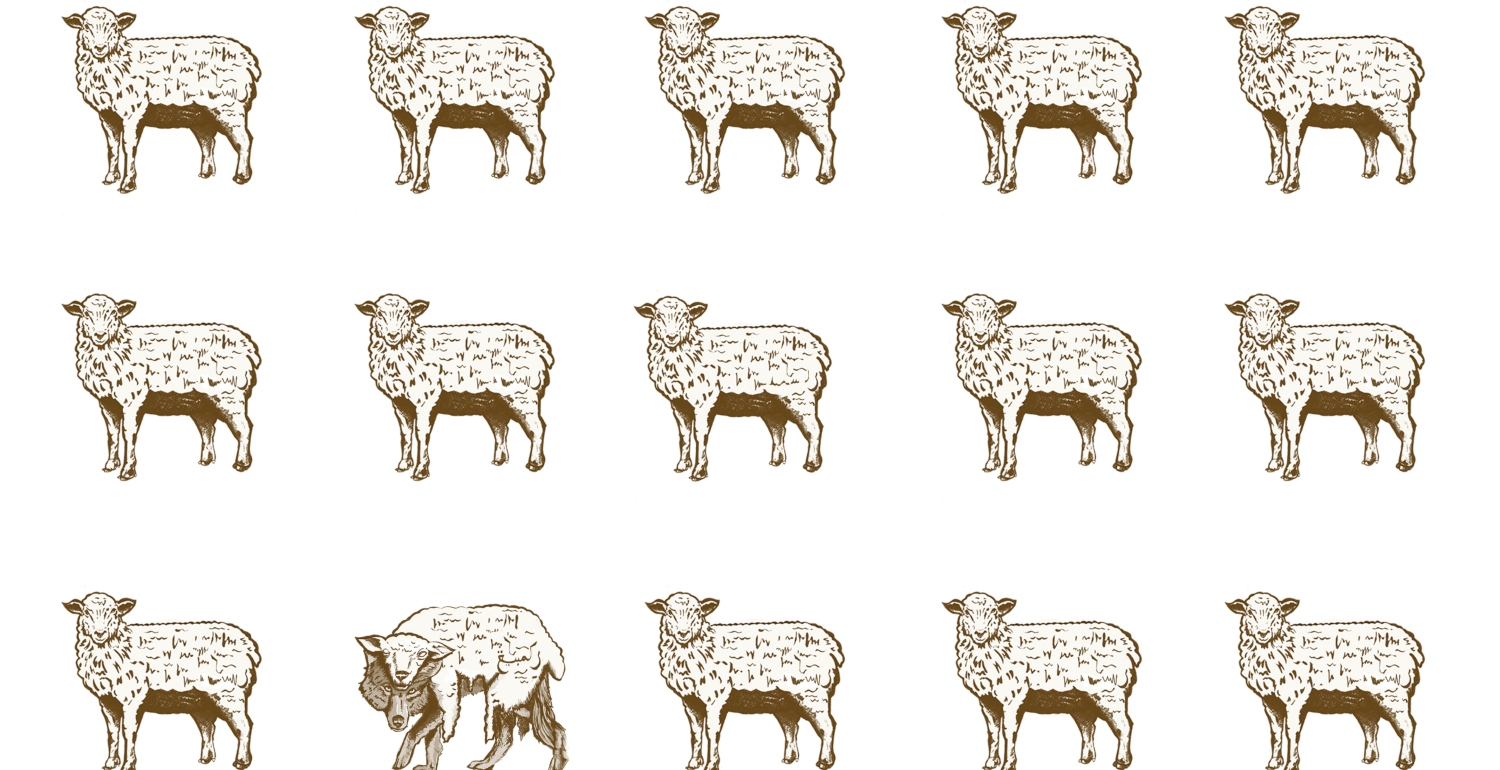 It’s a simple image, based on a saying we are all familiar with: Beware of false prophets, which come to you in sheep’s clothing, but inwardly they are ravening wolves. The way I see it, we need to have more faith in ourselves, and trust our own instincts and decisions, not be led astray …

WHAT EFFECT DOES THE DIGITAL HAVE ON ART?

The digital represents an evolution in human civillisation and provides an extended route to produce or exhibit art. I recommend watching Thom Yorke’s short film Anima (on Netflix) to get an insight into the ways different disciplines intertwine art and technology. From paintings to sculptures and now gifs! Different mediums allow me to try out different ideas—I always have a million buzzing around my mind and love finding the proper vessel for each. Content should dictate material.

Will it ever be out? So far it has lasted more than a century!

HOW DIFFERENT WAS IT TO MAKE IMAGES FOR TWO-DIMENSIONAL PRINT VERSUS THREE-DIMENSIONAL OBJECTS?

WHICH OF YOUR ARTWORKS HAS BEEN THE MOST INFLUENTIAL ON YOUR PRACTICE TO DATE?

Caught Red Handed, The Winning Formula (commissioned for the F1 race), the iPhone series, the Iconography series, and Tales from the Rainforest (from my London debut at the group exhibition ‘Past’, at Battersea Power Station) have had the biggest impact on my artistic practice.

NAME ONE ARTWORK YOU THINK EVERYONE SHOULD TRY TO SEE?

Picking just one is hard! Having said that, I would encourage audiences to look at artworks that challenge you to think outside the box. After all, art should be an experience!

Shows & Trends
We prefer being referred to as ‘particular’ over ‘high-maintenance.’

Beauty Buzz
These are the scents to share with your partner or to keep for yourself.