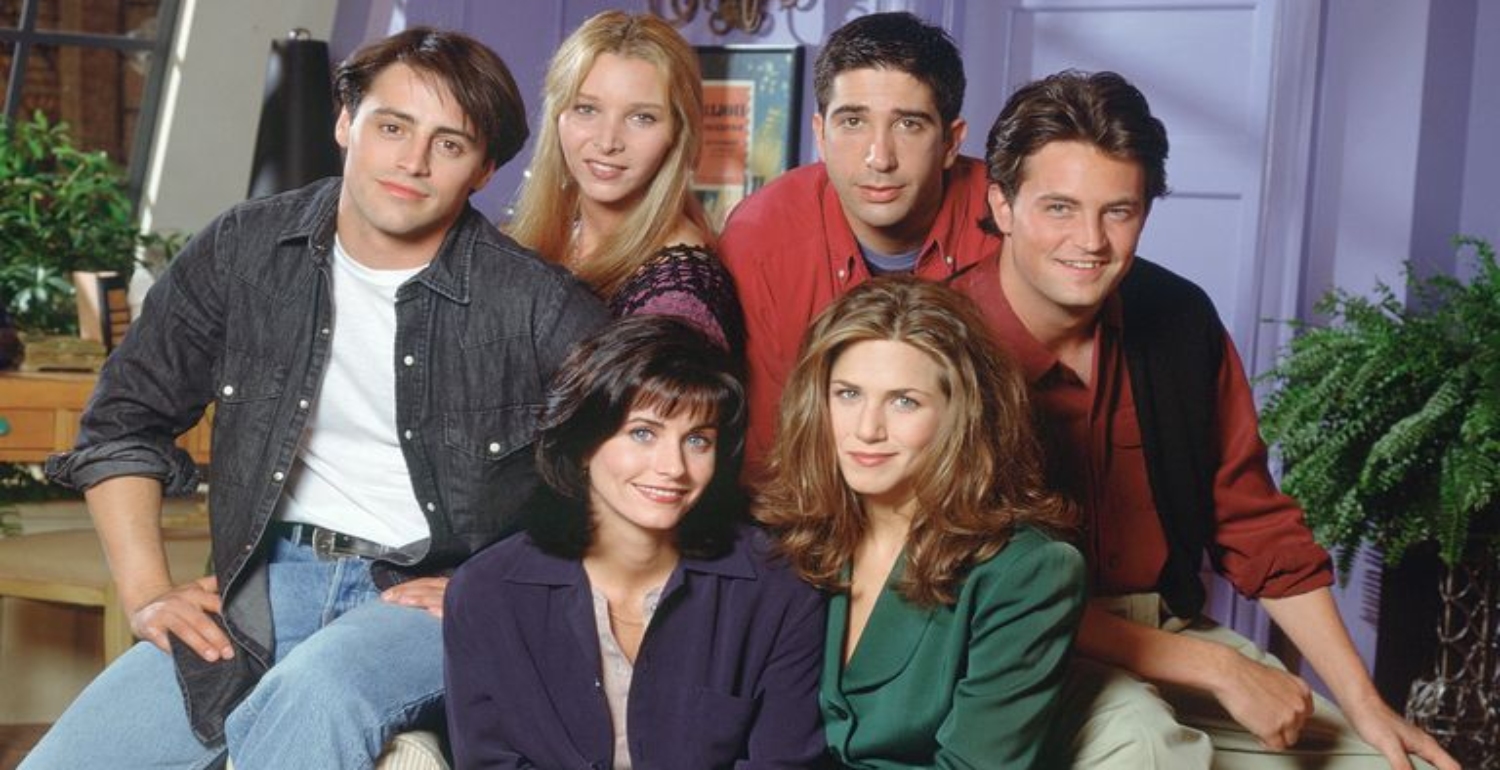 Culture /
Culture News
The One Where They Broke the Internet.
by Erica Gonzales

After months (or, at this point, years) of rumours and anticipation, the Friends reunion of our dreams is going to become a reality. The cast is set to gather for a special on HBO Max, HBO’s new streaming service set to launch in May, to honour the iconic sitcom’s 25th anniversary. As we wait for what will be Jennifer Aniston’s perfect behind-the-scenes Instagrams from the set, we’re laying out everything we know about the project so far.

All of the stars are coming back.

When the reunion news was announced, the leads all shared the same photo and caption on Instagram—”It’s happening”—and tagged each other. (Good thing Aniston and Perry are now on the app.) The image, shot by Mark Seliger, is from the May 18, 1995 issue of Rolling Stone.

Production has been postponed due to coronavirus.

Like other shows and movies during the global pandemic, the Friends special is adjusting its filming schedule. The project was initially slated to film on March 23 and 24 in Burbank, but now production has been “delayed until at least May,” according to The Hollywood Reporter. The new filming date is still unclear, as is the release date for the final product.

It will not be available when HBO Max launches.

Because of the delay in production, the Friends reunion special will not be readily available on HBO Max when the new platform goes live in May 2020. The exact launch date is still unknown.

But every Friends episode will be on HBO Max.

Now that Friends is off Netflix, the series—all 236 episodes of it—will find an online home at HBO. Get ready to stream it nonstop in May.

The reunion special is NOT a new Friends episode.

The main cast will reunite, revisit the set, have surprises, and share behind-the-scenes footage, but they won’t be portraying their original characters. They’ll simply be appearing as themselves.

HBO Max explained in a statement, “Lastly, in order to avoid any misunderstanding about what this special is, we want to make it very clear that this is not a new, original episode of the series. The cast will be appearing as themselves, not as their beloved characters.”

The cast will reportedly make millions.

Sources told The Hollywood Reporter that the stars negotiated their fees together and will be paid between $2.5 million and $3 million each for the reunion special. That’s much more than the $1 million-per-episode rates they had when Friends was still running.

You can join in on the filming.

The cast is offering up six tickets for the taping of the reunion special, although the date of the filming itself is still unknown. The auction is part of the All In Challenge, through which celebrities are raising funds for various organizations, like America’s Food Fund.

We’ve accepted the #ALLINCHALLENGE! And we want you to be our personal guests in the audience for the taping as we all get together for the first time in ages and celebrate the fun we had, and more! Go to AllInChallenge.com to donate whatever you can. Every dollar counts and get a chance to win! All proceeds go to @nokidhungry, @mealsonwheelsamerica and #AmericasFoodFund which benefits @feedingamerica and @wckitchen