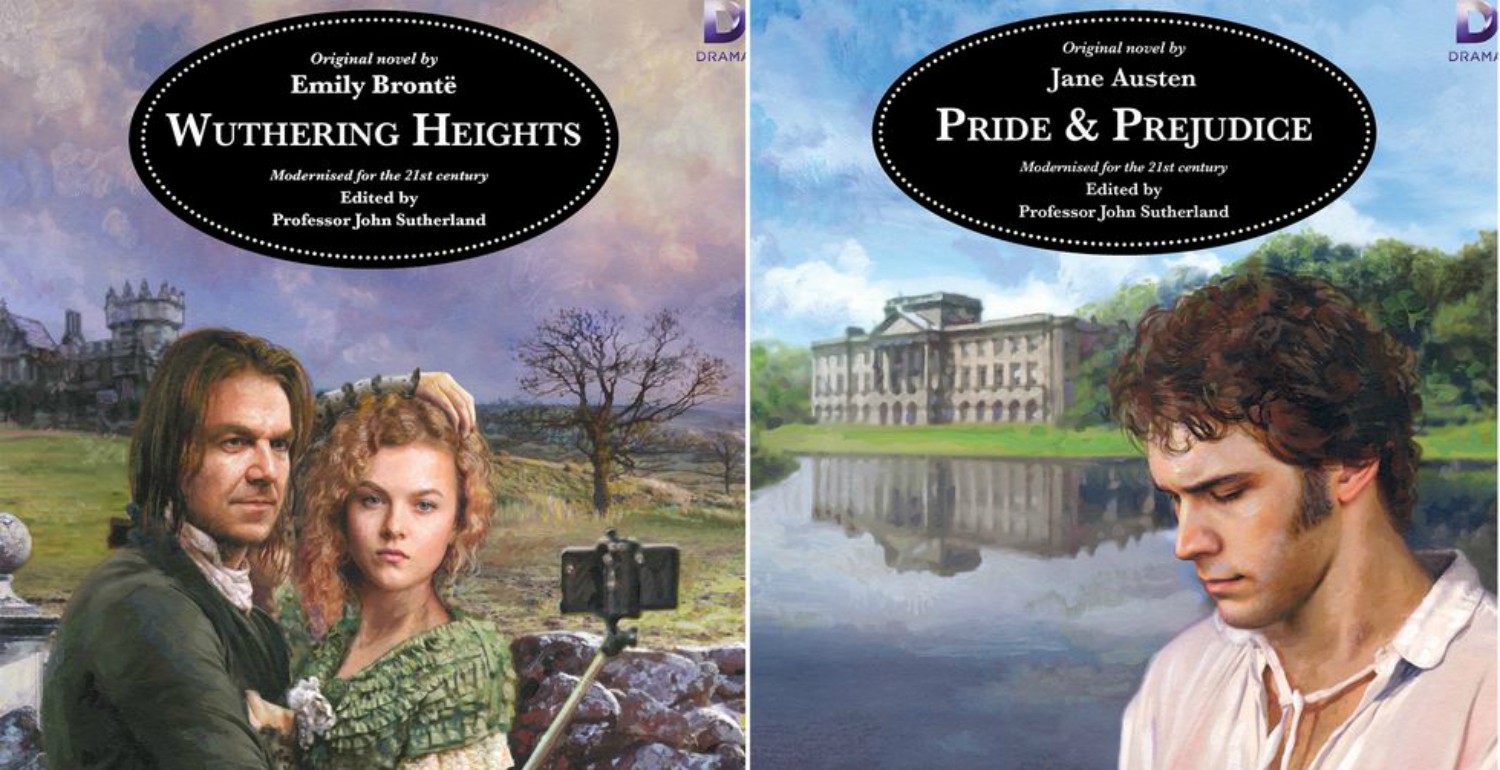 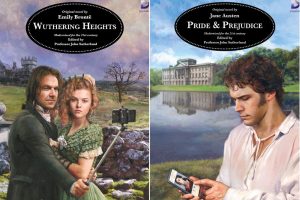 While Elizabeth Bennett, Cathy Earnshaw and Tess Durbeyfield might have had to deal with gender and class issues that don’t impinge on the dating arena anymore, they didn’t, at least, have to manage the murky world of online dating.

Academic Professor John Sutherland (Lord Northcliffe Professor Emeritus of Literature, University College London) worked closely with a team of writers from TV channel Drama to reimagine key passages from each of the books with a modern slant. The results show that life would have been all the more complicated had social media and online dating been around.

In Pride & Prejudice, Mr Darcy becomes increasingly narcissistic with his pick of potential ‘marriage matches’ readily available via Tinder. He and Elizabeth are forced to work through accidental social media tagging and the perils of Whatsapp distraction. For example, take in the havoc reaped when Elizabeth accidentally tags Darcy in a Twitter picture she’s surreptitiously taken of him swimming.

“Their eyes instantly met, and the cheeks of both were overspread with the deepest blush,” reads an extract. “He absolutely started, and for a moment seemed immovable from surprise; but shortly recovering himself, advanced towards the party, and spoke to Elizabeth, if not in terms of perfect composure, at least of perfect civility managing to ignore the phone in her hand that had just incited – unbeknownst to either – a Twitter storm of epic proportions.”

The reimagining is not without flaws – as any social media users will appreciate, it’s not easy to tag someone in a Twitter picture. What’s more plausible is that she takes a picture of Darcy swimming, sends it to her friends via Whatsapp but actually sends it to him instead. Either way, the message is clear – the digital world makes dating difficult.

In Wuthering Heights, Heathcliff’s anti-social, volatile personality comes across in the way he behaves on social media. The character of Nelly bases her low opinion of him based on how he behaves on Whatsapp, Instagram and Facebook.

“Worst of all. And now, say how you love him? You can’t have happened to miss the fact that he never comments on any of your Facebook photos, doesn’t watch your Instagram stories and scarcely replied to your WhatsApps even though he knows you can see the blue ticks?”

The project was commissioned to celebrate the channel’s ‘Romantic Sundays’ season including classic love stories such as Pride and Prejudice, Emma and North & South (Sundays from 11 February, 12pm on Drama). The ebooks are available to read for free on drama.uktv.co.uk.

“Even though we’re certainly a nation that uses modern technology to communicate, by inserting these devices and methods of communication into a series of classic romances – themselves believed to be some of the most romantic novels according to the nation – highlights just how much they can interrupt a romantic mood,” says Professor John Sutherland.

“A Mr Darcy obsessed with digital media and a Heathcliff that spent his time hashtagging or checking his emails certainly wouldn’t be identified as the romantic heroes we still think of today.”

Spas & Salons
Give your hair only the best it deserves.
Type keyword(s) and press Enter
WordPress Lightbox Plugin