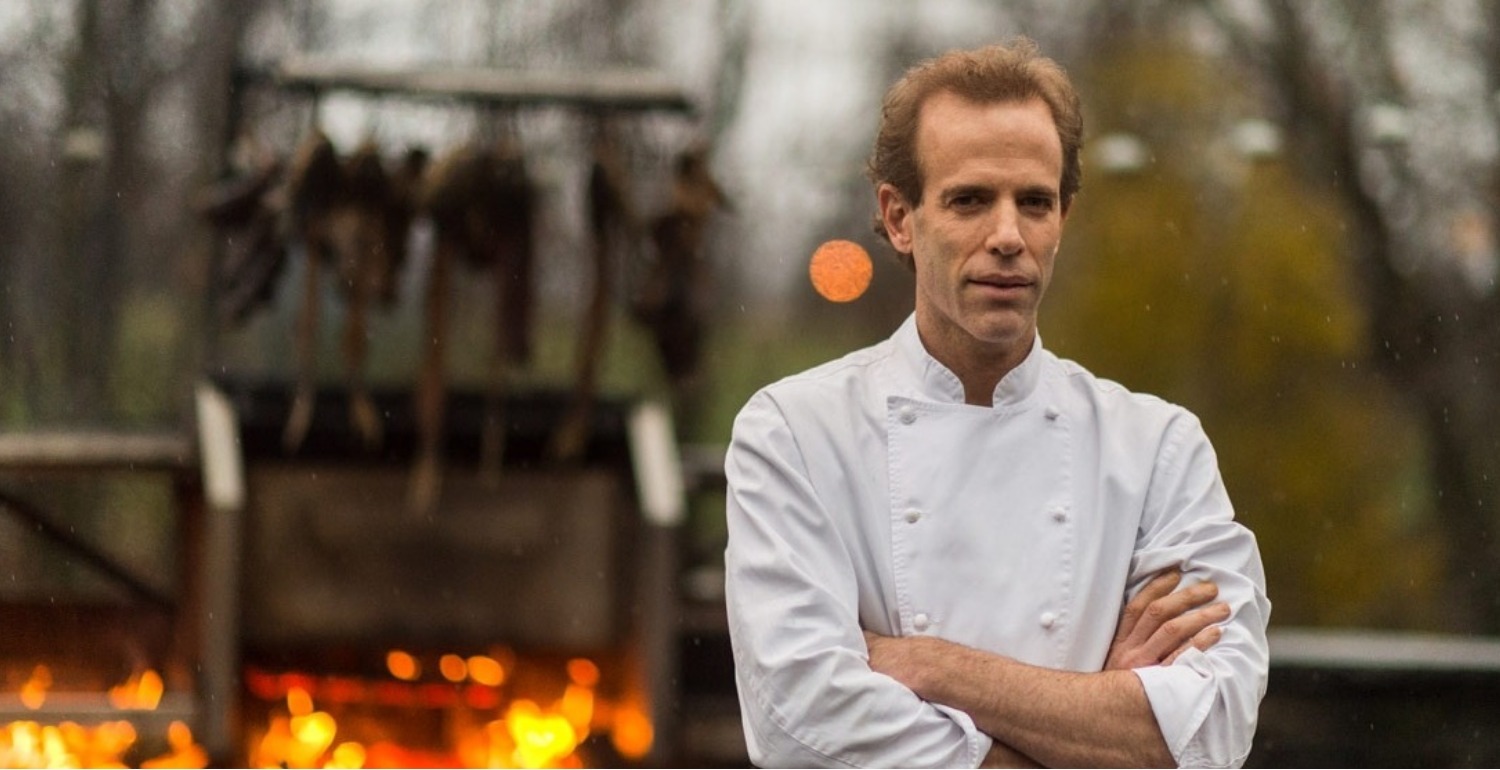 Culture /
Drink & Dine
The chef and owner of Blue Hill gives the low-down on his commitment to serving a larger purpose through the... 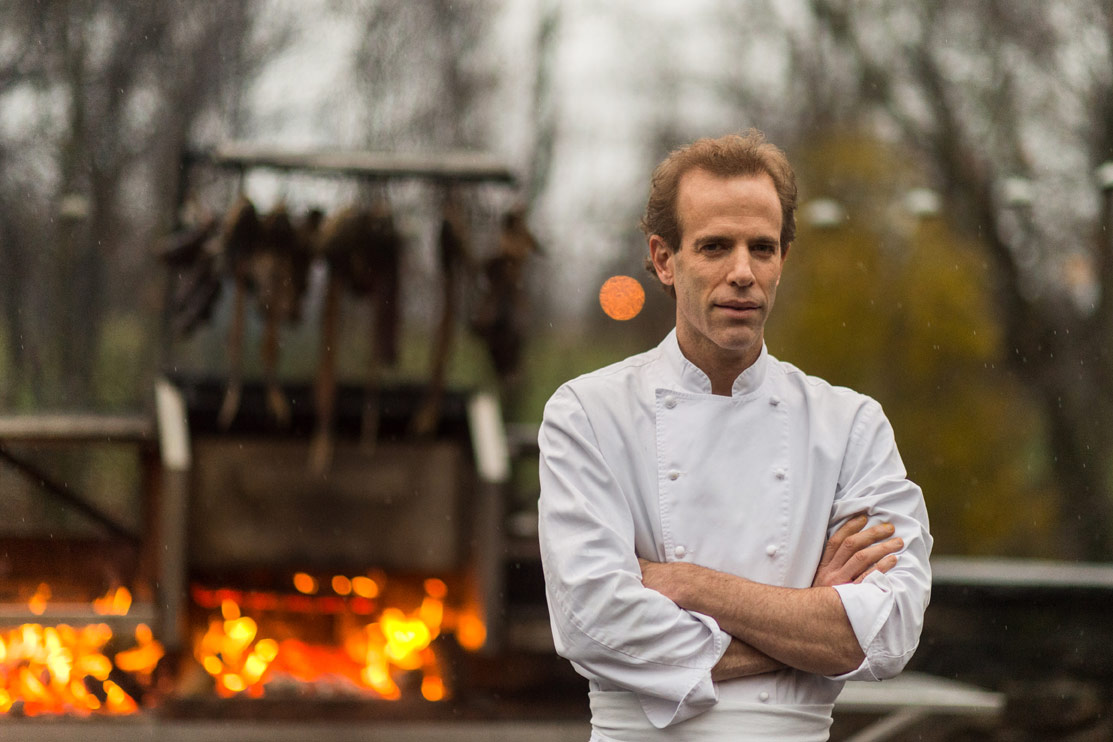 Emmilyn Yeoh: At what point did you start feeling strongly about pursuing the seed-to-table concept?
Dan Barber: It started with a conversation I had about 10 years ago with Michael Mazourek, a plant breeder at Cornell University who specialises in squash. We were standing in the kitchen and I held up a butternut squash, and joked, “Well, if you’re so good at breeding squash, why don’t you find a way to shrink this down and make it taste good?” He looked at me and said, “In all my years of making thousands of different varieties of plants, no one has ever asked me to breed for flavour.” His words resonated with me and I realised there was a much bigger agricultural picture I had been missing entirely.

EY: What are your recent breakthroughs on the cultivation of crops?
DB: A brilliant baker I know once compared a bag of all-purpose flour to stale coffee grounds—stripped of all flavour—and that was a wake-up call. I’ve never looked at grain the same way. We recently built a bakery in the restaurant with its own mill. The goal was to create a test kitchen for whole grain milling and baking where we could explore the real flavour of grain. Right now, we’re working on a “200 percent whole wheat bread”, made with 100 percent more bran, the hard outer layer of the grain that is thrown away during the industrial milling process. It’s also the most nutritious, and in the right hands, delicious part. Hopefully, we can redeem these undervalued parts of the grain. 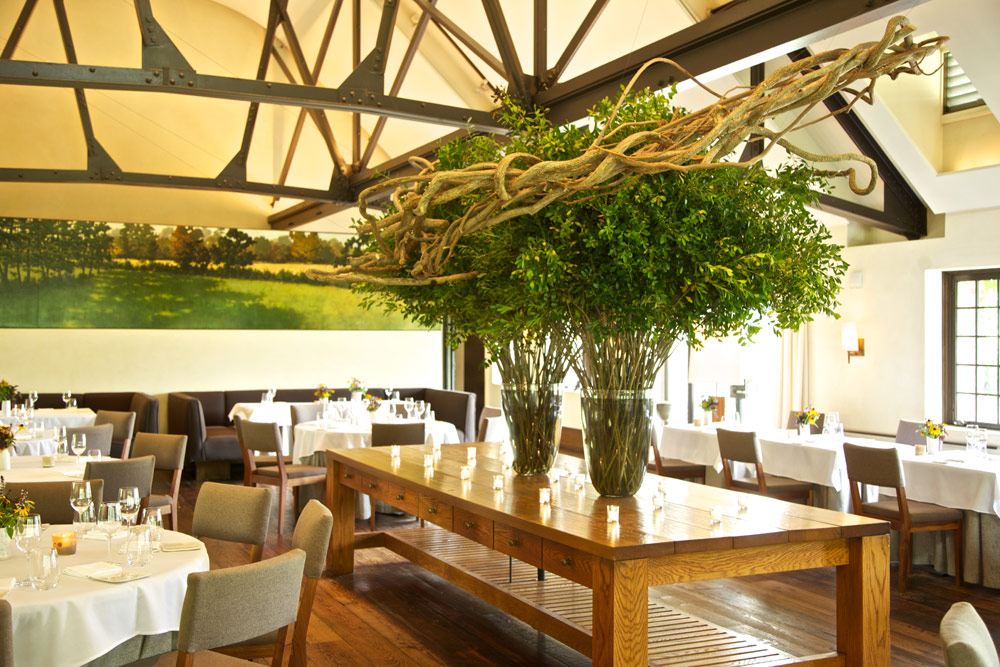 EY: With all the wild ingredients that you are discovering, how has this changed the way you cook as a chef, and how you structure your menu at Blue Hill?
DB: For one, we threw out the à la carte menu! We wake up everyday and surprise ourselves. These days at Blue Hill at Stone Barns, we’re serving 30 to 40 courses that range from single bites to more composed dishes. It’s a very deliberate progression, but also requires a lot of spontaneity in the kitchen. What we serve changes based on the day’s harvest, and the diner that comes into the restaurant.

EY: Does this sort of uncertainty ever seem daunting?
DB: The constraints of a set menu, which are built on efficiency, can be helpful in the kitchen, but they can also block creativity. Some of our best ideas come out when we’re experimenting in the middle of service. Chef David Bouley once told me, “When your back is not against the wall, you’ll never really create something brilliant.” And a lot of what I do in the kitchen is to create that tension that triggers imagination and creativity. 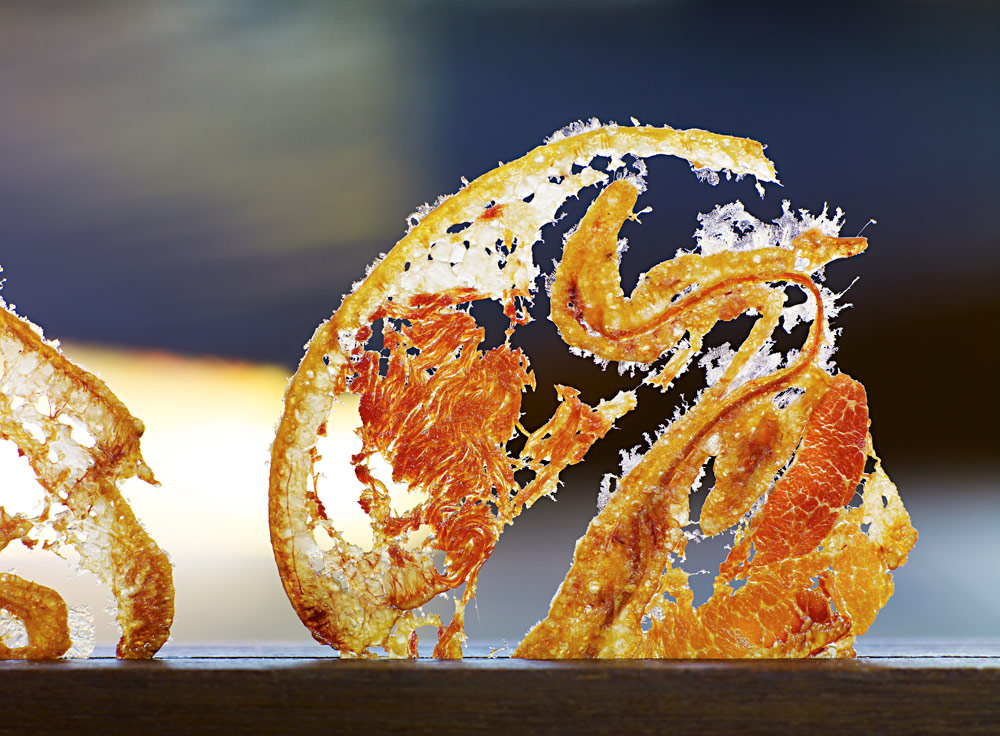 EY: In this case, is there still a Dan Barber signature?
DB: I don’t think I have a signature dish, in the traditional sense. But we do have a few signature ingredients. Blue Hill Farm, my family’s dairy farm in the Berkshires, is a 100 percent grass-fed dairy operation, so dairy plays a big role on the menu. These days, we’re serving “single-udder butter”, so you might taste three different butters from three different cows. Each batch is different based on the cow’s breed, her age, and maybe a bit of her personality, too.

EY: You mentioned in your book The Third Plate that a radical shift in our plate is what we need. What does this shift involve, and why does humanity need it?
DB: The food movement has been good at singling out issues in our food system. Worried about the harmful effects of chemical fertilisers and pesticides? Go organic. Don’t support grain-fed meat? Buy grass-fed. In reality, the solution is a lot more complicated. Can we think about a way of cooking that not only sustains but improves the health of our landscape? 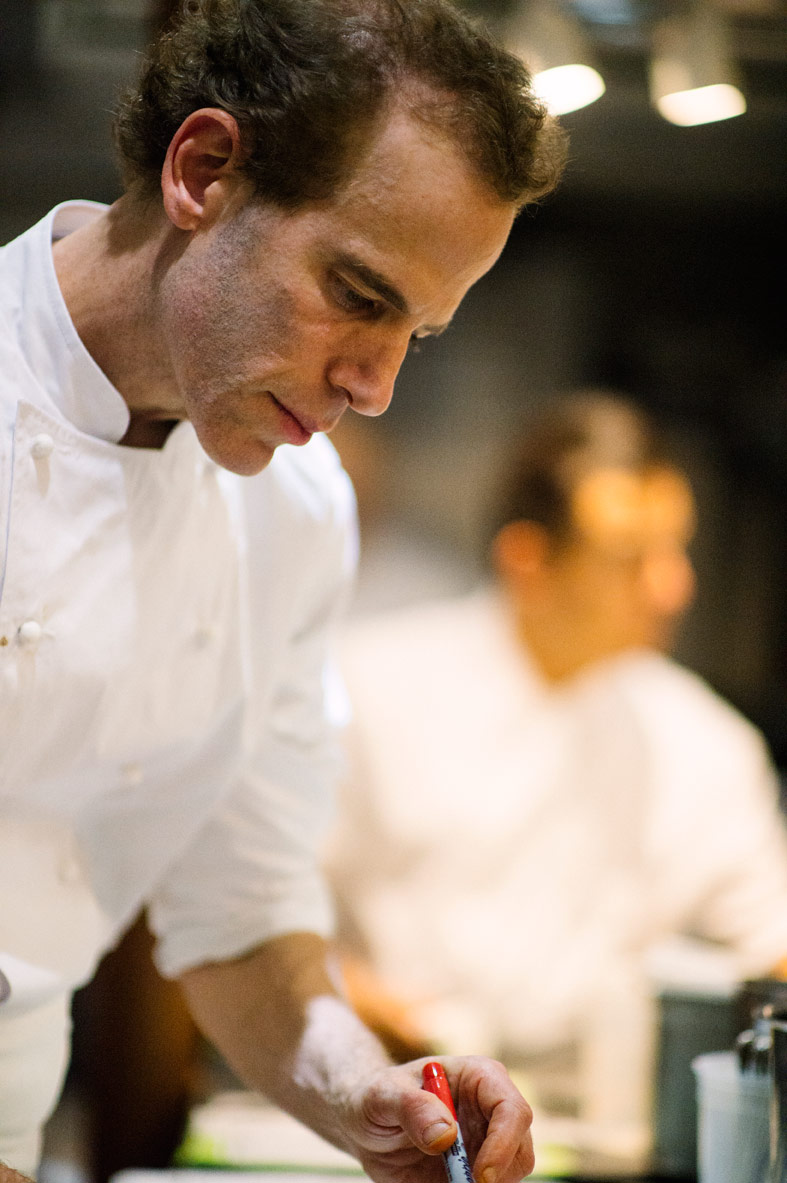 EY: As a chef, how would you advocate people on the origins of their food, and define the experience of eating and living better every day through food?
DB: I’m the chef of a high-end restaurant, which is a very rarefied world. But it’s given me the luxury to be thoughtful about my cooking and its effects. We’ve all seen the power of chefs to catalyse food trends; why not use that leverage to help reimagine what’s for dinner? It’s a necessary window into the natural world, particularly today when most eaters aren’t connected to where their food is being grown. It seems to me that chefs can help restore that connection. We’ve seen restaurants emerge as places to share new ideas and ingredients. What if they could become laboratories to explore the relationship between a plate of food and the landscape that produced it?

EY: Could you give us an example of turning a discarded part of a vegetable into something completely different?
DB: Take the zucchini—about 75 percent of the zucchini plant consists of its stems and leaves, which normally gets left behind in the field. Once you peel the stems, you can cut and cook them just like penne pasta. Not only is the dish delicious, it’s a new source of revenue for the farmer. That’s the type of cooking I can get behind. 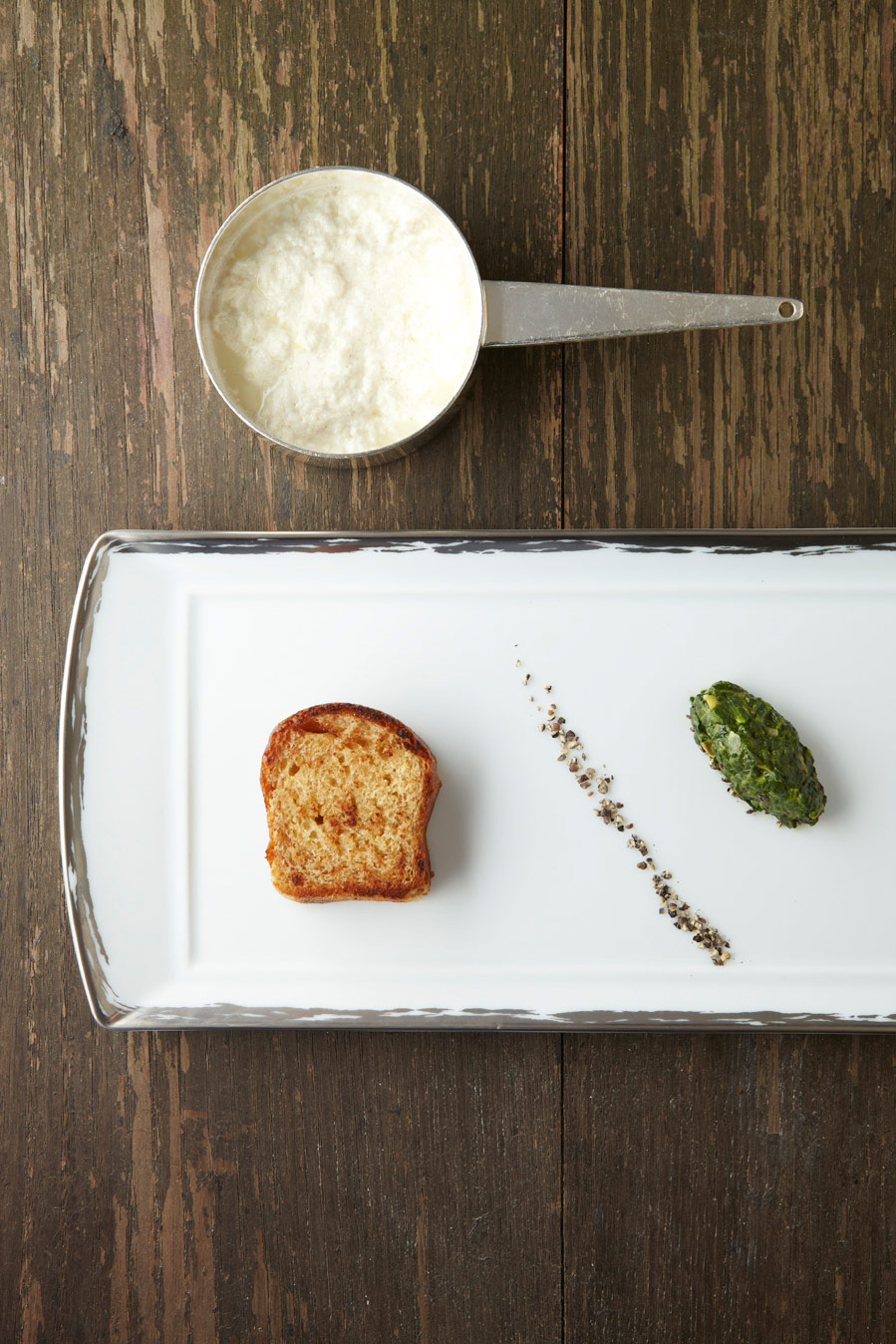 EY: What is your  mission when it comes to the education of sustainable farming, and creating a different culinary culture?
DB: I start with one thing, making everything with flavour. It’s as simple—or, you could argue, as complex—as that. What I’ve learned is that, if you are pursuing the best tasting food—real, jaw-dropping flavour—you are, by definition, also seeking the right kind of ecology, community, and nutrition. Our mission should be to be greedy for good food.