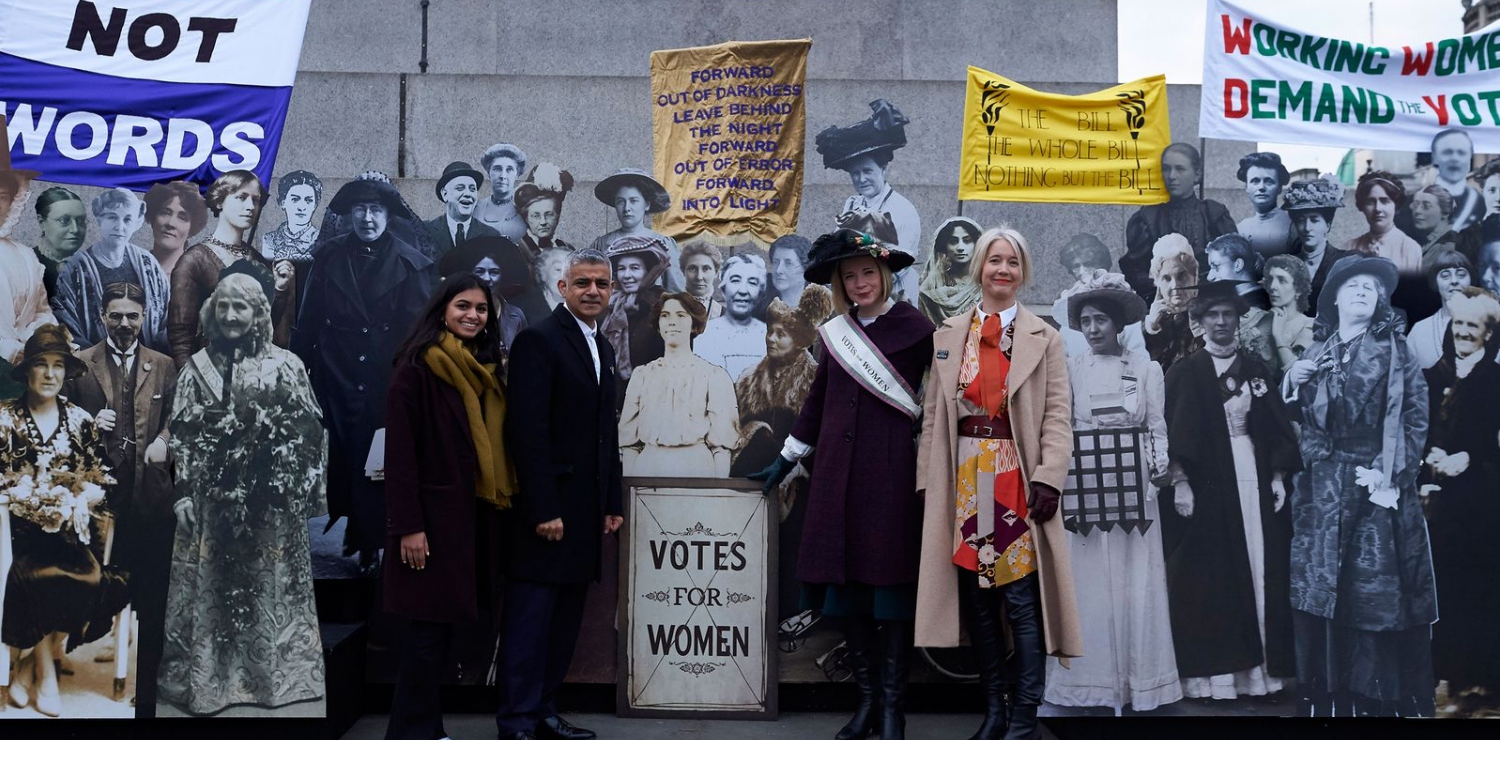 Culture /
Culture News
Justine Simons, Deputy Mayor for Culture and the Creative Industries, says we need to use today as a time to...
by Justine Simons

As Deputy Mayor for Culture and the Creative Industries, Justine Simons sets London’s cultural agenda. From introducing the Fourth Plinth Commission to her instrumental work in securing the first ever female statue to be erected in Parliament Square, Simons helps defines the capital’s identity as an open-minded, progressive and creative city.

Here, she writes about why we need International Women’s Day in this landmark year – and, despite our numerous achievements, the reason women need to make more noise than ever.

“2018 is an historic year: exactly 100 years since the first women secured the right to vote. Centenaries are important moments – a time to look back at history, to reflect on where we are today and also bring into sharp relief how far we still have to go.

“I was struck about how little many of us know about this journey. I learnt about the Suffragettes through Mary Poppins. While Mary was singing with the birds and floating above the chimneys, the mum of the household – Mrs Winifred Banks – was out campaigning and singing her ‘Sister Suffragette’ song: “We’re clearly soldiers in petticoats. Dauntless crusaders for women’s votes!”

“So who were the brave trailblazing women who broke down the walls to democracy? Most people know about the Suffragettes – because they grabbed the headlines. They wore green and purple and marched in white – organising mass processions, civil disobedience, daring and dangerous stunts. They had brilliant slogans – who can argue with ‘Deeds Not Words’? 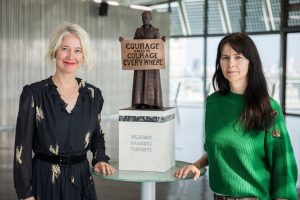 “When we came to commissioning a statue of the leading suffragist Millicent Fawcett, we worried whether enough people had heard of her. It is a momentous public commission – it will be the first statue of a woman to stand in Parliament Square, amongst 11 men. And for me it was a real privilege to chair the Suffrage Statue Commission for the Mayor of London, Sadiq Khan. The more I find out about Millicent Fawcett, the more I realise what a powerhouse of a campaigner she was. In 1866, aged only 19, she handed her first petition for women to get the vote to Parliament – although she was too young to sign it herself. She went on to lead the Suffrage movement – the Yin to the Suffragettes’ Yang. Non-violent, law-abiding and working with the system, rather than agitating on the outside. Historians agree both parts of this movement were needed to crack the code and get the vote.

“So, sister Suffragettes – we can’t rest on our laurels”

“Millicent’s statue will be made by the brilliant Turner Prize-winning artist Gillian Wearing, who faced the challenge of reflecting this incredible movement through one individual. But – being the brilliant Gillian Wearing – she came up with an elegant solution. Around the plinth, etched in granite, there will be 59 portraits depicting a whole host of women – and some men – who played an important role in getting the vote 100 years ago. 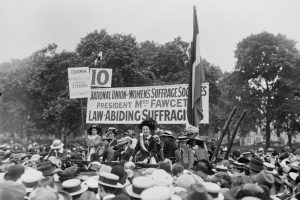 Millicent Fawcett addressing a meeting in Hyde Park as president of the National Union of Women’s Suffrage Societies in 1913. Getty Images

“But what struck me is the large number of other women we have never heard of who have made incredible contributions to society, business, medicine, politics. Before this year I hadn’t realised that women rebuilt Waterloo Bridge in World War II, or that Ada Lovelace invented computer programming language. A woman even invented beer – or, at least, in ancient times Ninkasi was the goddess of brewing!

“The list goes on and on, and the common theme is invisibility. It’s symbolic – we need to see ourselves in these positions – we don’t want any more girls growing up thinking they can’t be an airline pilot, run a FTSE 100 company or change the world.

“This year at City Hall Sadiq and his team have launched our campaign #BehindEveryGreatCity to mark this landmark year, and to call for action to make gender equality a reality. Together with organisations and industries across the capital, we need to spread the message that Behind Every Great City are women and girls from all walks of life, contributing hugely to the success of our capital. Some of the cultural highlights this year include the new show called Sylvia – about Sylvia Pankhurst, and choreographed by Kate Prince at the Old Vic and Sadler’s Wells. The Museum of London also has a fab ‘Votes for Women’ collection – which showcases their amazing Suffragette collection – including Emmeline Pankhurst’s hunger strike medal. 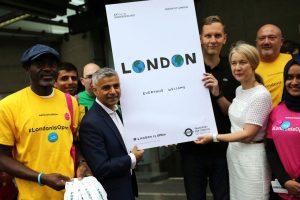 “Today – on International Women’s Day – it is important to remember that women are still on average paid less, promoted less and less represented in public life than men. Women are also less likely to vote than men. The job is far from finished. Movements such as #MeToo and #TimesUp have shone a spotlight on the issue of sexual harassment and pay inequality and it’s time for a proper zero-tolerance approach.

“So, sister Suffragettes – we can’t rest on our laurels. We all need to make more noise and we all need to shout about our successes. Because, as the great Millicent Fawcett, said: ‘Courage calls to courage everywhere, and its voice cannot be denied.'”