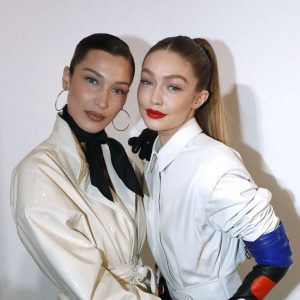 Bella Hadid and Gigi Hadid are two of the busiest models on the planet, so whenever they’re reunited at work, it’s a cause for celebration. Stepping out during Paris Fashion Week for the LVMH Prize 2019 Edition Party, the Hadid sisters had a reunion in the French capital.

For the occasion, Bella wore a neutral trench coat with matching boots, and a pair of Kendra Scott Pepper Hoop earrings. Gigi co-ordinated in an all-white boiler suit, with an unusual pair of gloves. 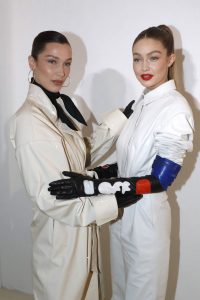 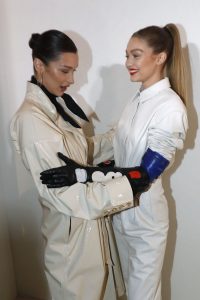 A couple of days prior, Gigi and Bella both walked in Virgil Abloh’s Off-White show. Karlie Kloss was also walking, and the trio stood together at the end of the show looking effortlessly chic. 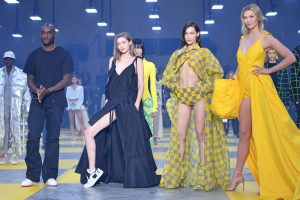 It’s also worth noting that Bella closed Redemption and Off-White’s shows while suffering from a high fever, and she still somehow managed to look just as flawless as ever. Posting on her Instagram Stories, Bella revealed, “101 fever is not cute when walking a runway.”

But on the catwalk, the model looked like a seasoned professional. 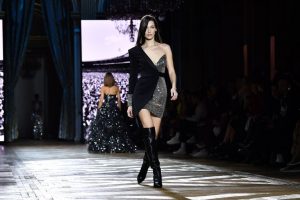