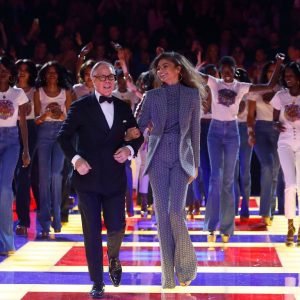 Back in October 2018, it was revealed that Tommy Hilfiger would be collaborating with Zendaya, after a four-year stint working with Gigi Hadid. Fast forward to Paris Fashion Week, and #TommyXZendaya’s first runway show is upon us.

The runway was turned into a ’70s roller rink, complete with a light up floor. Drenched in red disco lights at the start of the show, models wore roller skates while showcasing the eclectic new collection. Basically, the launch of Tommy x Zendaya was a literal party, which is totally apt: 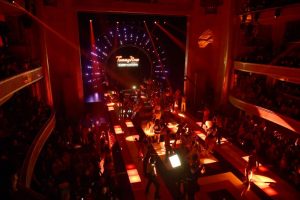 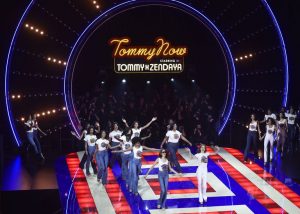 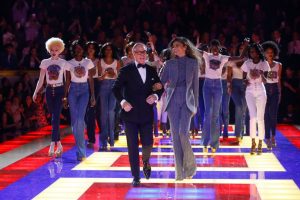 Per a press release, Zendaya and Hilfiger were influenced by “’70s icons and the 1973 Battle of Versailles fashion show.” The show was incredibly inclusive, featuring an all black runway cast—”59 black women, ages 18 to 70,” per ELLE—each diverse in size and age. Zendaya’s commitment to only casting women of color, and celebrating size and age inclusivity, is truly inspiring. 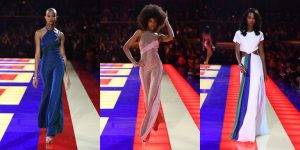 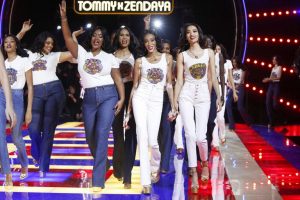 It was also important to Zendaya and Hilfiger to cast models who have inspired them. The world’s first black supermodel, Pat Cleveland, was joined on the runway by a plethora of legendary models including Beverly Peele, Beverly Johnson, Veronica Webb, Debra Shaw, and Chrystèle Saint Louis Augustin. Winnie Harlow and Jourdan Dunn also walked, and icon Grace Jones brought the house down as she closed the show: 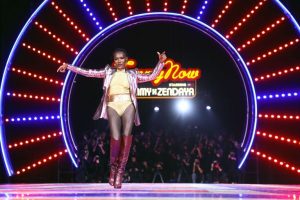 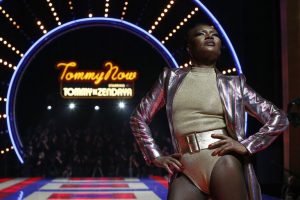 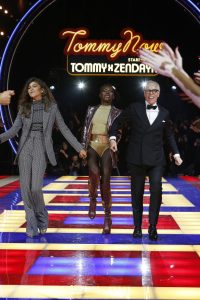 Per WWD, Hilfiger revealed, “Our innovative ‘see-now-buy-now’ experiential show will blend our Americana heritage, Zendaya’s confidence and optimism, and the city’s iconic elements for a truly unforgettable runway event.”

Zendaya debuted several pieces from the collection ahead of its first runway show: 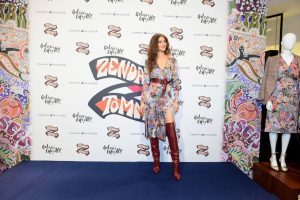 In January 2019, Zendaya expressed her excitement about the collaboration in an interview with Harper’s BAZAAR saying, “He told me how I would be able to truly have creative control from concept to clothing, down to the font on the packaging. I was in heaven when I showed up with my inspiration boards and a million ideas, and I was allowed to just go for it, with all the support in the world.”

Hilfiger previously revealed in a statement why The Greatest Showman star was the perfect brand ambassador saying, “Zendaya has become a global icon, using fashion to make bold statements while always staying true to herself. Our capsule collection will fuse her eclectic style with the Americana spirit of our brand.” 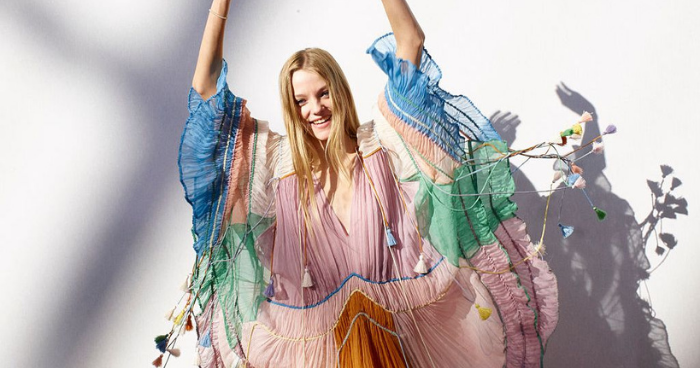 Should We All Be Dopamine Dressing?