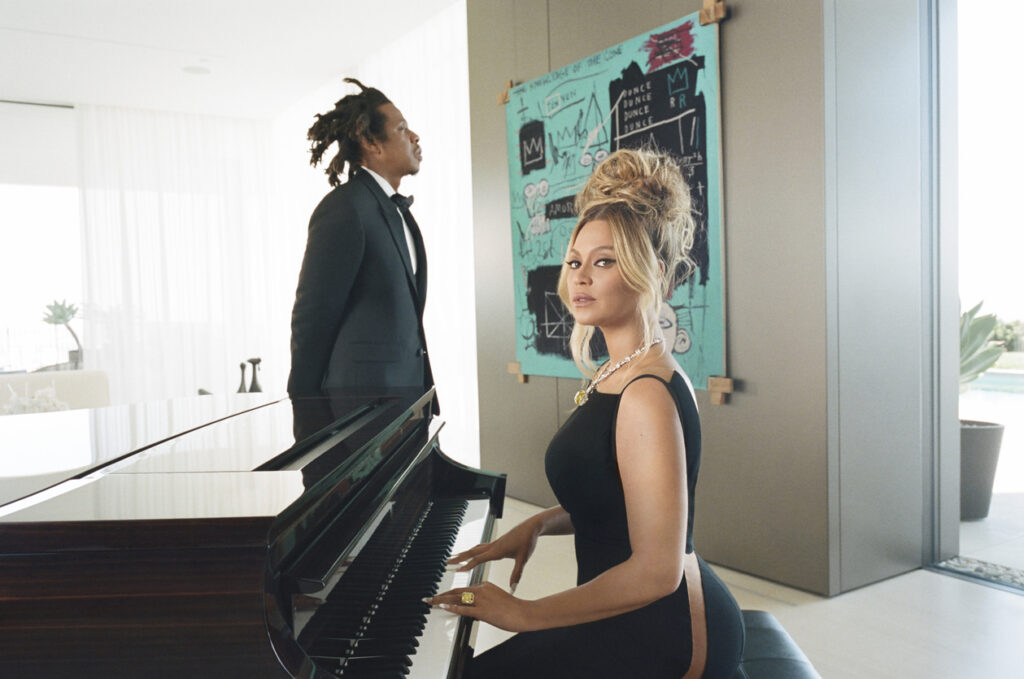 Luxury jeweller Tiffany & Co. has long been synonymous with the notion of romance but the release of Blake Edward’s Breakfast at Tiffany’s in 1961, starring the incomparable Audrey Hepburn, further cemented its status globally. In the brand’s latest campaign celebrating modern love, it pays homage to the highly-acclaimed movie, featuring none other than the most iconic couple in entertainment.

Seated at a grand piano and dressed in a long, black A-line Givenchy dress, Beyonce delivers an emotional rendition of the classic song Moon River – an original soundtrack of the movie’s – as her husband, JAY-Z, watches over, painting the perfect picture of the couple being in love. The remarkable Orum House in Los Angeles serves as the setting for the film, in which nostalgic flashbacks are interwoven with cinematic, dreamlike visuals.

Aside from the power duo, an unmistakable star in the campaign is the iconic Tiffany Diamond, which shines gloriously around Beyonce’s neck. Weighing 128.54 carats and boasting unprecedented 82 facets, the diamond, unearthed in 1877 in the Kimberley Mines of South Africa and later purchased by founder Charles Lewis Tiffany 1878, is considered among the most important gemstone discoveries of the 19th century. 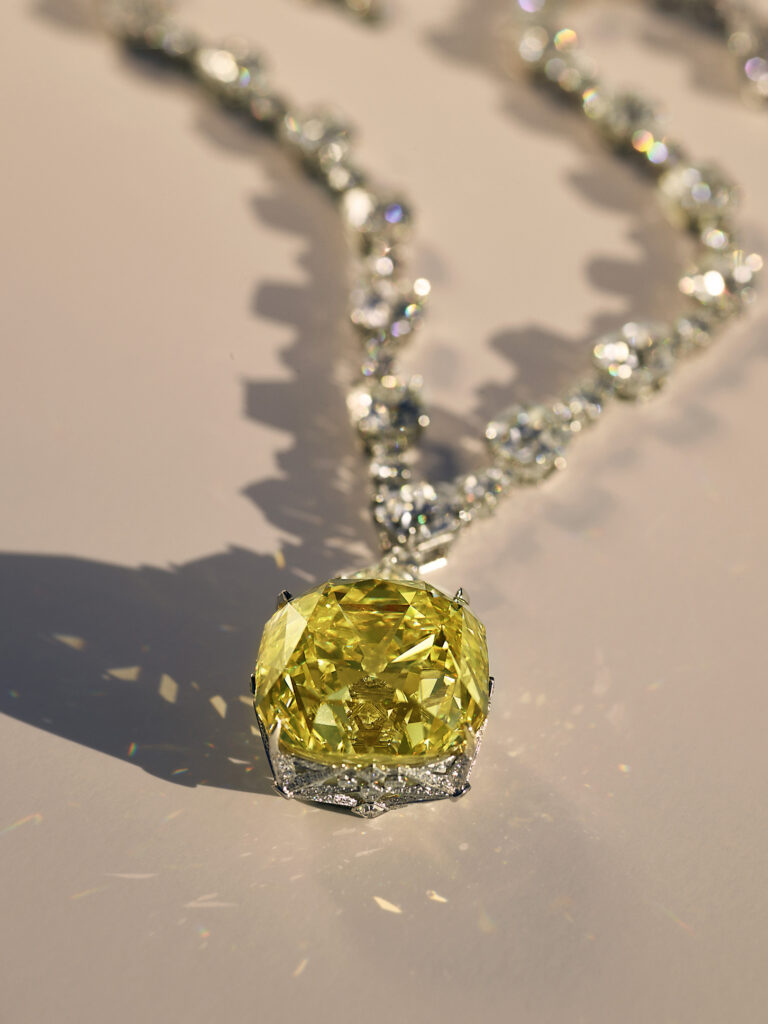 JAY-Z wears French jeweller, Jean Schlumberger’s legendary Bird on a Rock brooch, reconstructed as a pair of one-of-a-kind cuff links. Well-known for his work at Tiffany & Co and dressing high society’s elite in the 1960s and ’70s, who better to wear one of Schlumberger’s designs than one of today’s biggest creative forces. 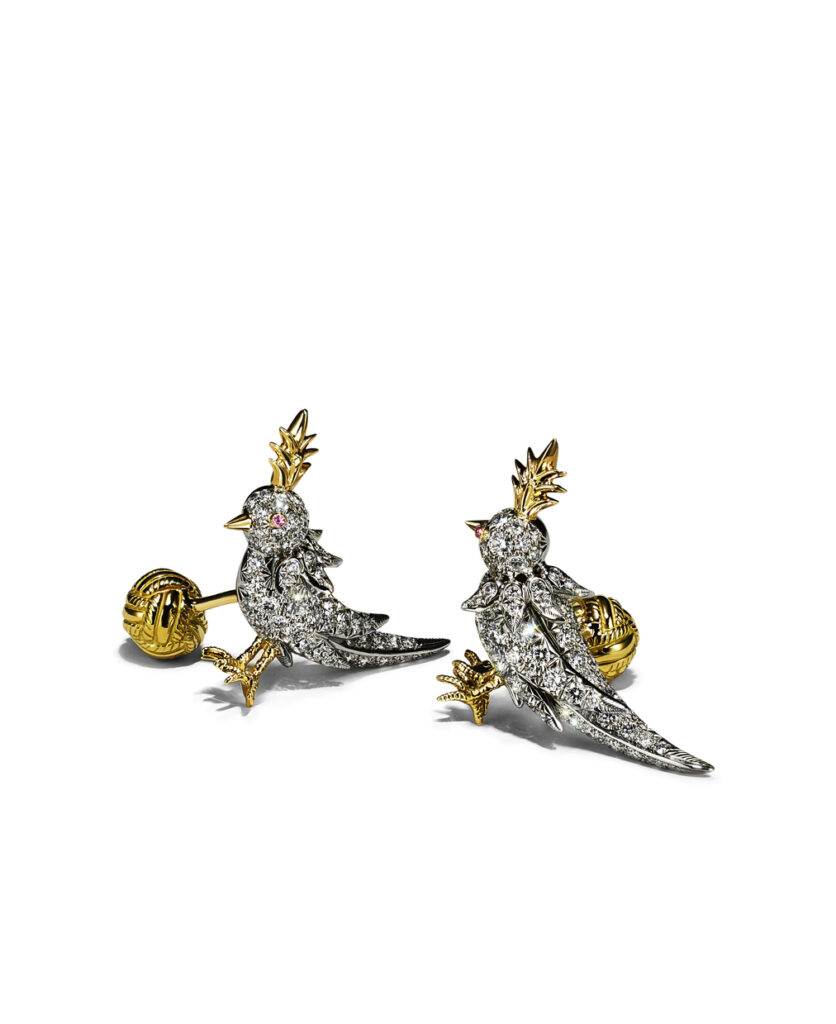 Bird on a Rock cufflinks. Image courtesy of Tiffany & Co

Named ‘About Love’, the campaign marks the debut of the luxury jeweller’s new creative direction. Joining a list of notable Tiffany & Co. ambassadors that include Rosé of Blackpink, Anya Taylor-Joy and actress Tracee Ellis Ross, this is the first time that the power couple appears in a campaign together. 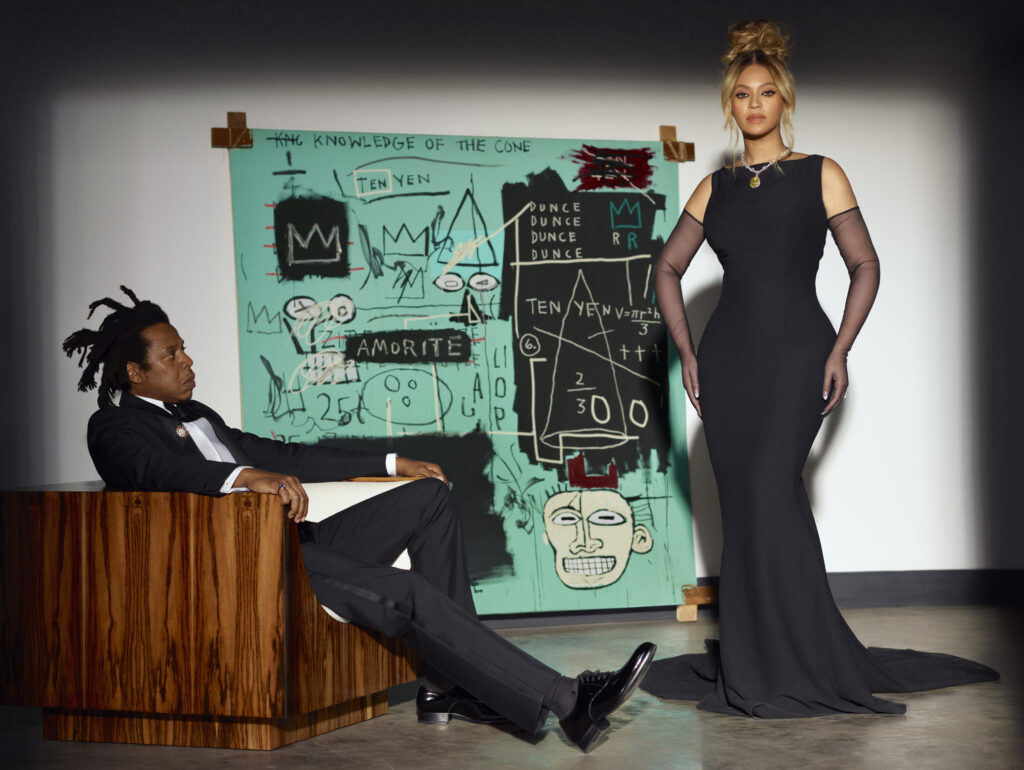 In another big reveal, the accompanying print campaign shot by Mason Poole and styled by June Ambrose and Marni Senofonte is set against the backdrop of a never-before-seen Jean-Michel Basquiat ‘Equals Pi (1982)’ painting. As part of a private collection from its creation until now, this campaign marks the work of art’s first public appearance, highlighting Tiffany’s long-standing tradition of working with New York creatives.

Also, you won’t want to miss the bonus film titled ‘Date Night’, which chronicles a night out with The Carters. Showcasing a more playful side, the couple is seated in the backseat of a Rolls Royce, cruising through Manhattan while sharing pizza and a glass of Armand de Brignac champagne. Their daughter, Blue Ivy, even makes a special appearance. The film is directed by Dikayl Rimmasch and second unit director Derek Milton. 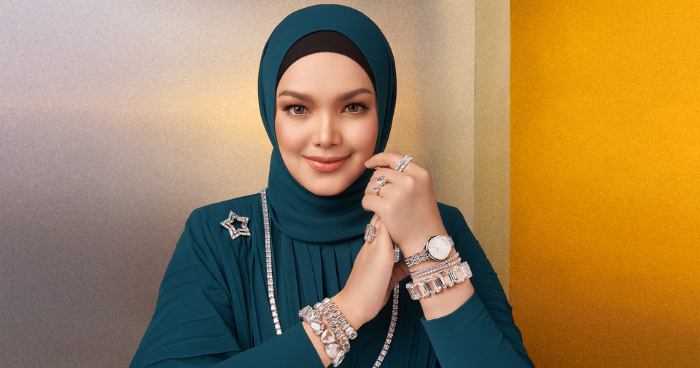 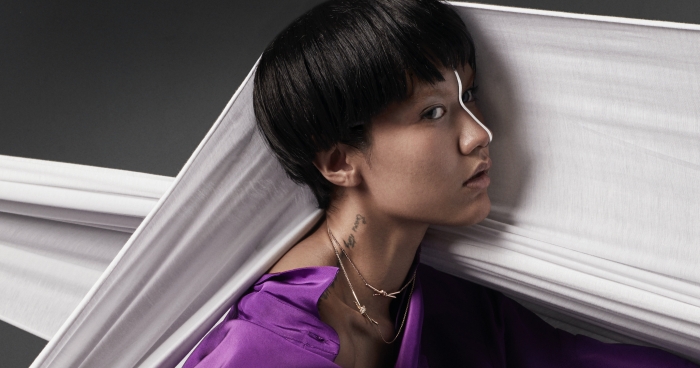