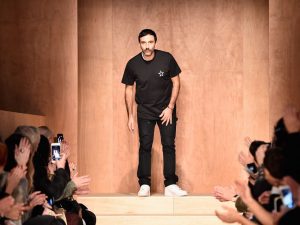 The designer, who stepped down after a decade as creative director at Givenchy last year, will direct all Burberry collections and present his first show for the brand in September. He will work closely with Burberry CEO Marco Gobbetti in his new role and will be based at the company’s headquarters in London.

“I am honoured and delighted to be joining Burberry as its new Chief Creative Officer and reuniting with Marco Gobbetti,” said Tisci in a statement. “I have an enormous respect for Burberry’s British heritage and global appeal and I am excited about the potential of this exceptional brand.”

Christopher Bailey held the dual role of chief creative officer and CEO until announcing his departure last year. He showed his final collection for the British fashion house during London Fashion Week in February. 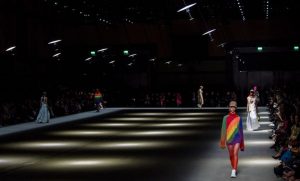 “I am delighted that Riccardo is joining Burberry as chief creative officer,” said Gobbetti. “Riccardo is one of the most talented designers of our time. His designs have an elegance that is contemporary and his skill in blending streetwear with high fashion is highly relevant to today’s luxury consumer. Riccardo’s creative vision will reinforce the ambitions we have for Burberry and position the brand firmly in luxury.”