This week’s Los Angeles premiere of Crazy Rich Asians saw just as much luxurious fashion on the red carpet as in the movie itself. Pulling out all the stops was one of the film’s lead stars, Constance Wu, who stunned in a Ralph & Russo couture gown. 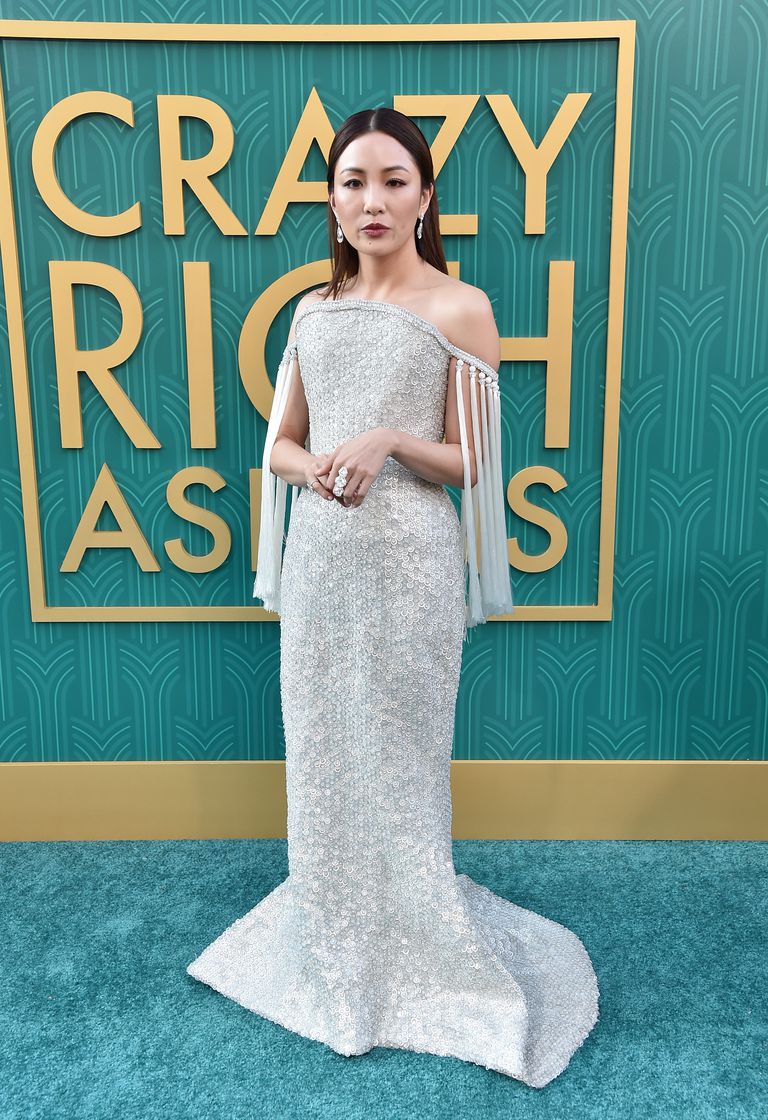 The actress hit the red carpet in a dazzling metallic gown that featured off-the-shoulder silk fringe tassels and a lot of sparkle. While it was clear a lot of detailing went into the couture piece, Wu took to Twitter to share just how much detailing was actually behind the Ralph & Russo design.

For the @CrazyRichMovie premiere I got to wear a beautiful @ralphandrusso couture gown, 490 Hours of Embroidery, 90 Carats of Diamonds and I arrived in a @rollsroycecars Ghost. Not bad for a little ol’ theatre kid from RVA!! #CrazyRichAsians #RVA https://t.co/U7b9CvPpcK pic.twitter.com/YywUPYSHJ0

The gown featured an astounding 200,000 crystals and was made with 90 carats of diamonds. It took 490 hours to hand-embroider all that sparkle and then an additional 275 hours to complete. So in total, it took approximately 765 hours to make—a totally casual Tuesday night look.

In an interview with Vogue.com, stylist Micaela Erlanger explained why the Ralph & Russo couture gown was such an important choice for the actress to wear that night, “In history, tassels have almost always been a symbol of power and prestige, not to mention they make for a glamorous detail…This movie is so important for so many reasons, and I felt that Constance should look both powerful and glamorous.”

Although the gown originally made its debut on the runway at Paris Couture Week back in January, it seems like it was made especially for Constance Wu’s big Crazy Rich Asians night.