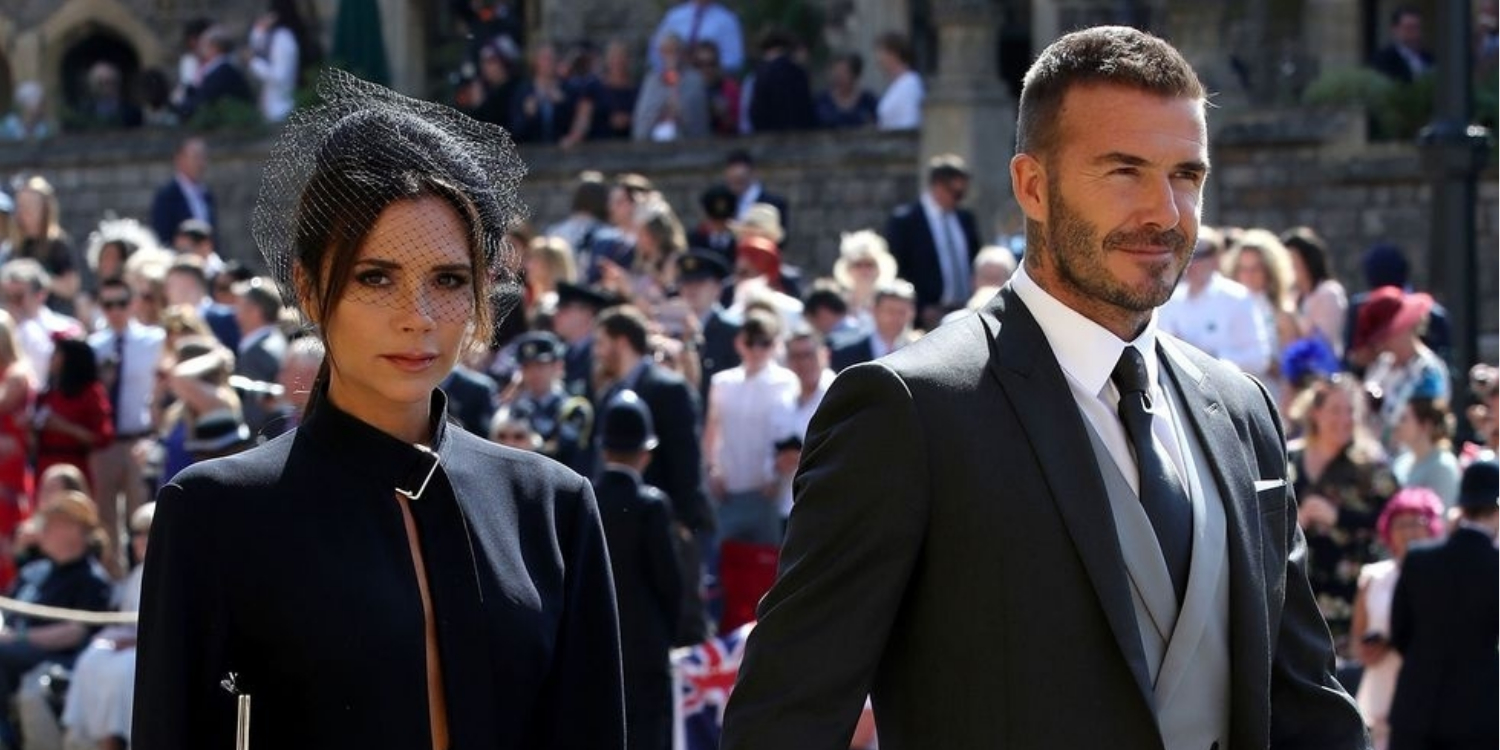 David and Victoria Beckham are putting the designer outfits that they wore to the royal wedding last month up for a charity auction. 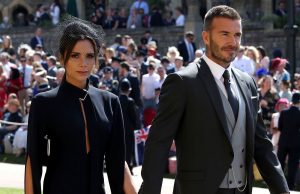 The former footballer made the announcement on his Instagram page, revealing that all the proceeds will go to the The We Love Manchester Emergency Fund to help the families affected by the terror attack last year.

To support the incredible work of The We Love Manchester Emergency Fund and the families affected by the Manchester attack last year, @victoriabeckham and I have partnered with @omazeworld to give you the chance to own our wedding outfits. Head over to omaze.com/beckham for details. @mrkimjones @victoriabeckham

“To support the incredible work of The We Love Manchester Emergency Fund and the families affected by the Manchester attack last year, @victoriabeckham and I have partnered with @omazeworld to give you the chance to own our wedding outfits,” Beckham captioned his post. “Head over to omaze.com/beckham for details.”

Beckham wore a Dior Homme charcoal grey morning suit designed by Kim Jones to Prince Harry and Meghan’s wedding in Windsor in May. It had ‘DB’ sewn into it on the inside. 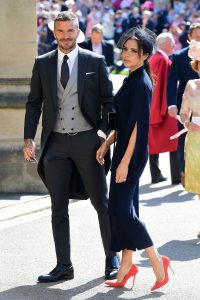 Fashion designer Victoria looked elegant in a navy midi dress with a belted neck and split sleeves from her upcoming pre-spring/summer 2019 collection. The former Spice Girl’s outfit was similar to the navy dress she wore to Prince William and Kate Middleton’s 2011 wedding, although she recently revealed it was “such a relief” not to be heavily pregnant this time round so that she could have more choice over her outfit. 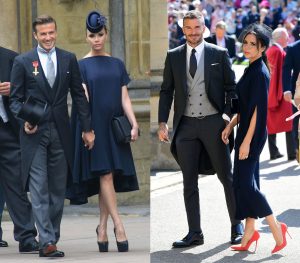 “I love a bit of navy,” she said of her outfit to The Evening Standard. “The dress is one of my favourites: it isn’t in store until November, but we’ve had so many enquiries about it that I’m seeing whether I can bring it forward.”

Describing Meghan – now known as the Duchess of the Sussex – as a “lovely” woman Victoria added: “It was just the best day. They looked so happy, and everyone was just so happy for them. Meghan seems like a genuinely lovely woman, who really loves him.” 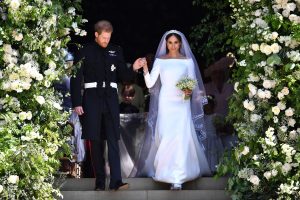 The We Love Manchester Emergency Fund was established shortly after the bombing of the Manchester Arena just over a year ago.

Donations to the fund help relieve the financial needs among the victims and survivors of the disaster, including the families and dependents of those killed or injured in the events. They can be made here.