It’s not everyday that the Chinese custom of Qingming is referenced on the runway, but in the case of Simone Rocha, Spring/Summer ’19 was a lesson in the British designer’s Asian roots. “[It is] the Chinese equivalent of the Day of the Dead, when everyone goes up to the mountain in Hong Kong to clean their family’s gravestones,” explained the half-Irish, half-Chinese designer. “I was there this Easter when we went up to visit our grandparents.” And so, at Simone Rocha Spring/Summer ’19, paper taffeta raincoats reminiscent of effigies were made romantic with delicate lace; diaphanous veils adorned with intricate fleurs brought a sense of mystery to playful bubble dresses, voluminous cloche midis, and William Morris qipaos; and peekaboo tulles added an unexpected dose of sex appeal to ruffled Lolita-esque dresses. Here, Rocha experimented most heavily with her hallmark Victorian disposition, and dived further into her heritage by citing Tang dynasty concubines. “The best thing about Tang dynasty was the elaborate hairstyles,” she added. “I wanted it to be very playful, and one of the ideas was how I could make [their hairstyles] into dresses. 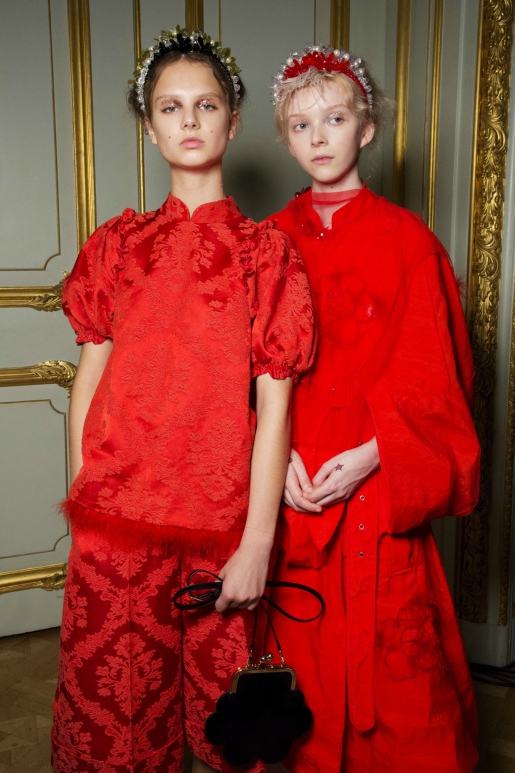 Celebrity Watch
See all the glamorous looks from the biggest night in music as soon as they hit the red carpet.

Fitness & Wellbeing
Helpful advice if you’re about to run the London Marathon.

Fashion News
How better to explore distant lands than with BAZAAR’s current edit of emerging designers?

Culture News
Nanushka has teamed up with Noha studio.

Beauty Buzz
Gua sha has found a cult following as a natural alternative to the injectable neurotoxin—but is it as effective at...
Type keyword(s) and press Enter
WordPress Lightbox Plugin