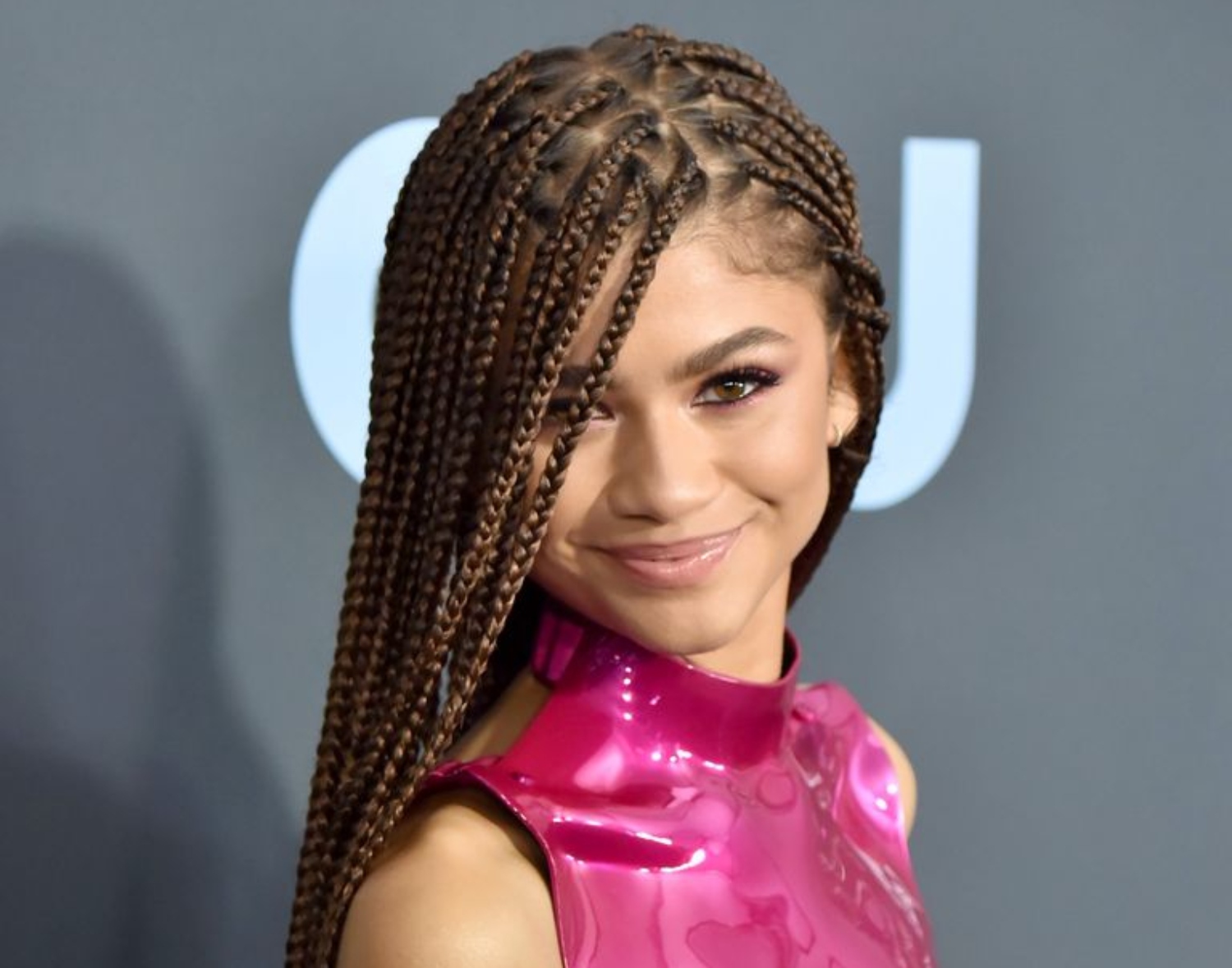 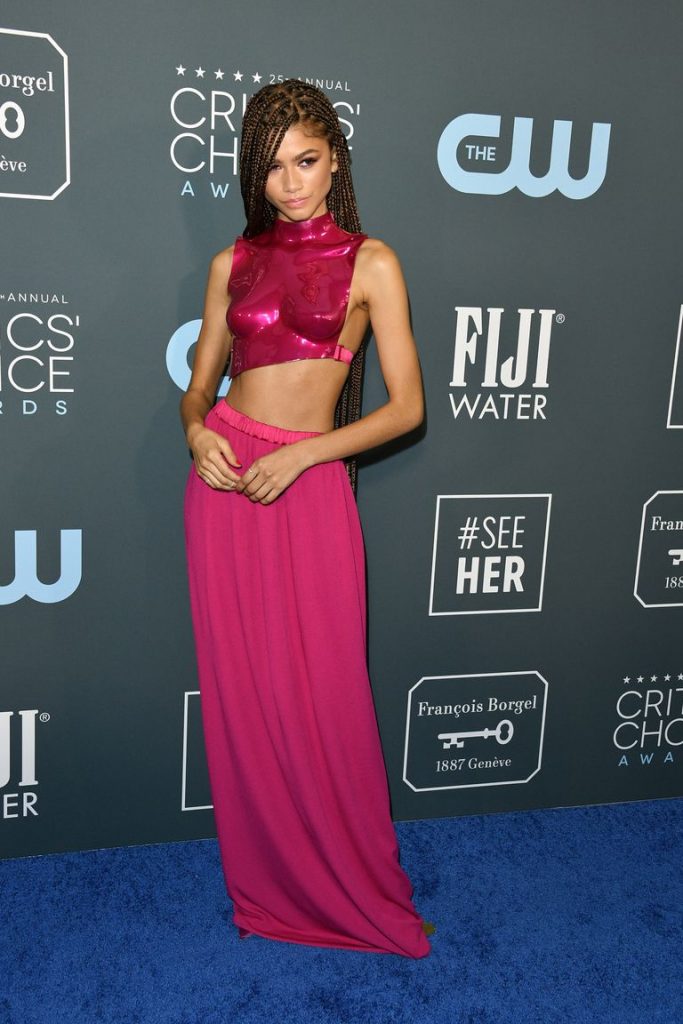 Do the Golden Globes even count as the start of awards season if Zendaya wasn’t there? Although the Euphoria star and young fashion icon was missing from last Sunday’s ceremony, she showed up to the Critics’ Choice Awards tonight and sent jaws dropping in a hot pink ensemble by Tom Ford.

The full look appeared in the designer’s Spring 2020 collection, which debuted on the runways in New York last September. The combo comprises of a molded, asymmetrical fuchsia top with a mock neck and straps along the back. Then, to counter the armor-like piece with some softness, there’s a breezy maxi skirt to match.

Zendaya’s stylist, Law Roach, and Shrimpton Couture founder, Cherie Balch, pointed out on Instagram that the Tom Ford top is an homage to the vintage, colored breastplates done by Issey Miyake and Yves Saint Laurent. In one post, Roach called the actress a “Warrior Woman” in her pink-on-pink attire. 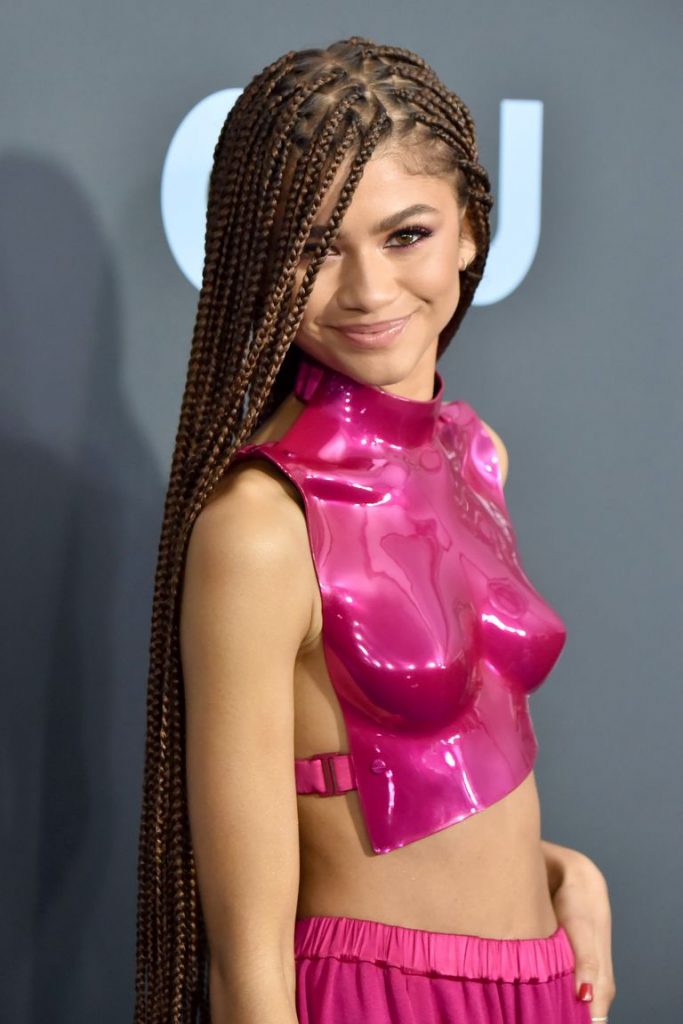 To continue the monochrome vibe, Zendaya stuck to hot pink hues for her footwear, eyeshadow, and nails. She kept her hair in long braids that fell down past her waist, which made for the perfect red carpet poses. 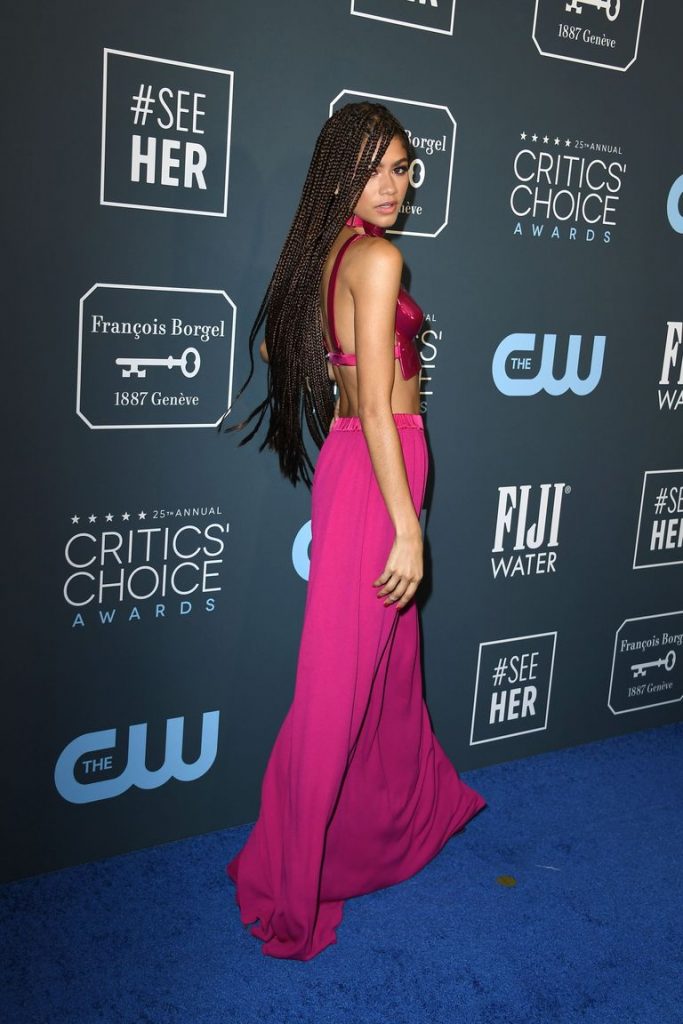 Zendaya is in the running for the Best Actress in a Drama Series award at tonight’s ceremony, after getting snubbed at this year’s Golden Globes. She was nominated for her performance in HBO’s Euphoria, and is up against Christine Baranski (The Good Fight), Olivia Colman (The Crown), Jodie Comer (Killing Eve), Nicole Kidman (Big Little Lies), Regina King (Watchmen), Mj Rodriguez (Pose), and Sarah Snook (Succession).

Celebrity Watch
It made for the most epic Instagram moment.