Bill Cunningham, the iconic fashion photographer for the New York Times, has died at the age of 87 years old. Earlier this week, he had been hospitalized after suffering a stroke, but passed away today in New York, the Times confirmed.

For nearly 40 years, Cunningham was the fashion photographer for The Times, capturing the style of real women on the streets of New York; subsequently paving the way for the street style scene today. His weekly style column, On The Street, which appeared in every Sunday edition of The Times since he first launched it in 1978, transformed pavements into runways as he captured the unique style of New York women in a way that nobody had ever done before. 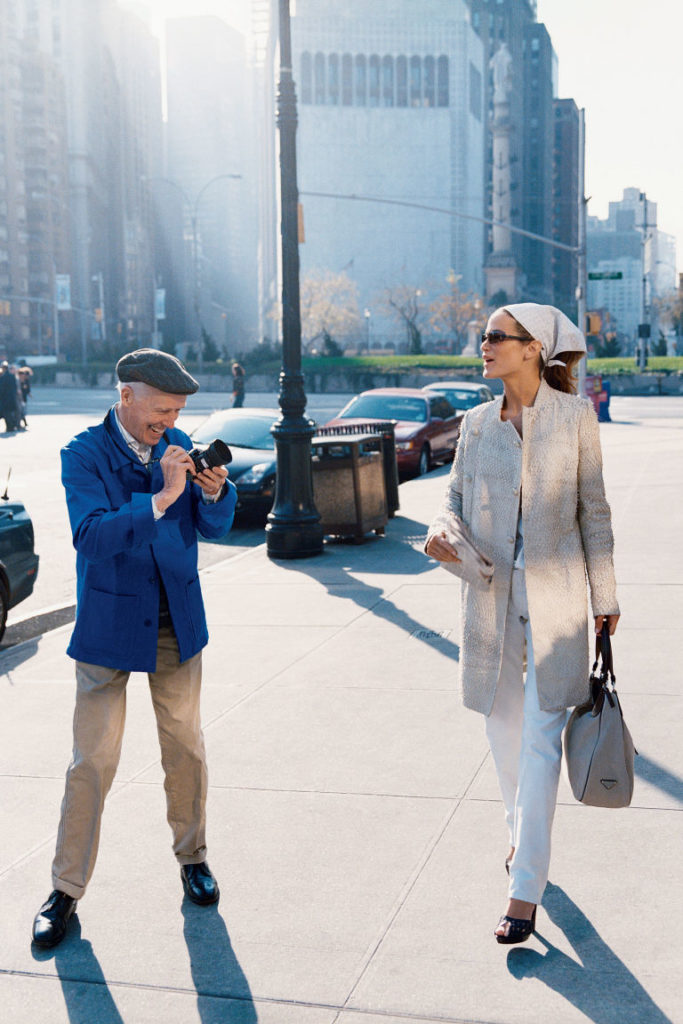 In 2010, Cunningham was the subject of a documentary, Bill Cunningham New York, which offered a private look at his low-key, oft mysterious life behind the lens. The film, which debuted to rave reviews, showed just how incredibly humble the photographer was, despite an iconic career in the industry that included a Legion d’Honneur in France and being named a Living Landmark by the New York Landmarks Conservancy.

But it wasn’t just the inspiring style Cunningham was able to capture in the most unexpected of places that made him so legendary; it was the smile of pure joy on his face as he captured the perfect fashion shot. It was the magic of seeing him ride by on his bicycle wearing his signature blue French workers jacket and khaki pants.  It was the lasting impact he managed to leave on anyone who ever had the opportunity to witness him at work. Today, the fashion industry mourns the loss of a true legend, one who personified the magic of New York City style and managed to touch a million hearts along the way.

Celebrities, personalities and people from across the industry and beyond take their social media accounts to leave short memoirs of words and visuals to pay their respects to Mr. Bill Cunningham.

What a wonderful gift he shared with the world. #BillCunningham pic.twitter.com/rOdAy5PQtP

What it was like to be photographed by Bill Cunningham, who died today at 87 https://t.co/O9XkmAcq1l pic.twitter.com/r9PMbdNFfZ

with a heartfelt note from Tommy Ton…

This was the last photo I took of Bill Cunningham this past January. I was so marvelled that after all these years he was still determined to get the shot in the pouring rain while all of the other photographers were taking refuge from the rain. I didn’t think at the time it would be the last time I would get to see Bill in action but I knew I was in awe because after all these years, he was still in love with his passion. Bill Cunningham will forever be a true hero and inspiration to all of us. His gentle spirit and enthusiasm will forever be missed. RIP Bill ??

RIP #BillCunningham. A true gentleman and wonderful artist. You will be missed xx

“It’s as true today as it ever was, he who seeks beauty, will find it.” RIP #BillCunningham, a true New York icon who found lasting beauty in the city’s daily parade of fashion and style.