Fendi Presents a Night of ‘Legends and Fairytales’ for 90th Anniversary 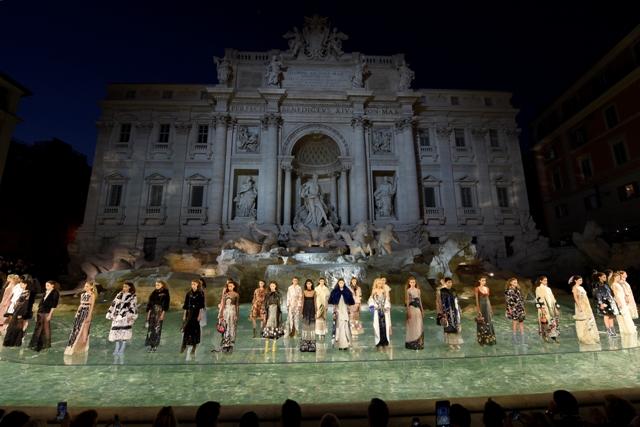 In celebration of Fendi’s 90th Anniversary, the stunning Autumn/Winter 2017 show saw a breathtaking finale at the Trevi Fountain.

For its 90th anniversary, Fendi staged one of its most breathtaking shows ever—a clear plexiglass runway stretched across Rome’s iconic Fontana di Trevi. The couture collection’s theme was fittingly ‘Legends and Fairytales,’ as models walked on water, literally, across the backdrop of the famous fountains and pools from the 1960 film, La Dolce Vita. This marked the first-ever fashion show to take place at the Italian landmark.

Kendall Jenner opened the runway show, floating across the Trevi Fountain waters in an ornately detailed blue coat dress and red boots and later in the show, an ethereal gown. 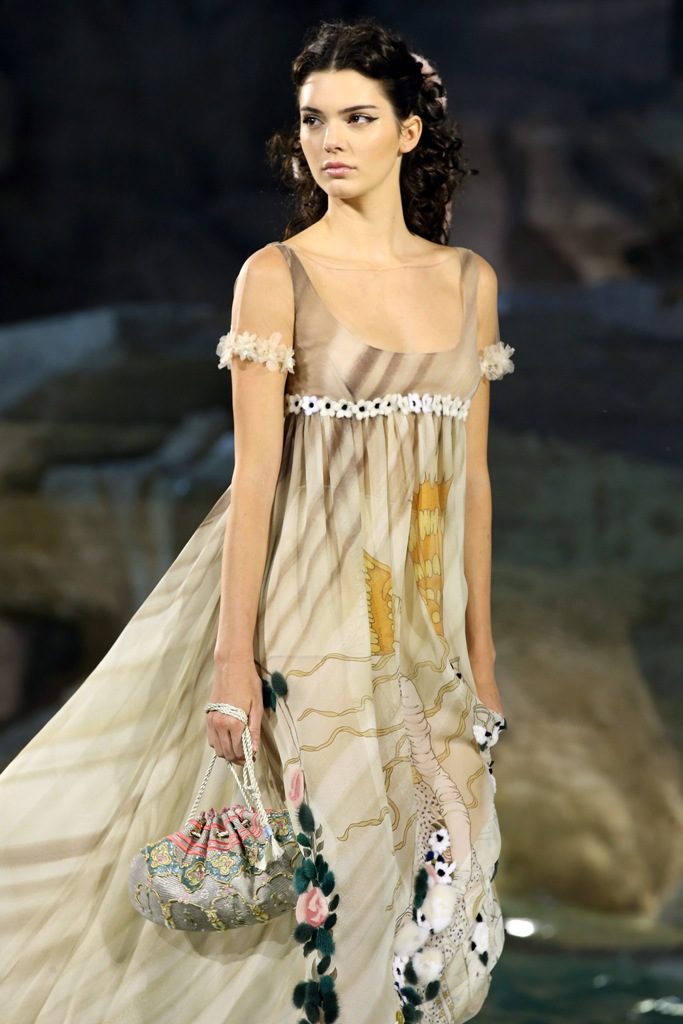 The collection spun a fairytale of its own with ornate ensembles made of the fashion’s most exquisite fables against a spectacular backdrop scintillating water and play of lights. This masterly combination exhilarated the catwalk with buoyant rhythm giving life to an iconic Roman atmosphere. 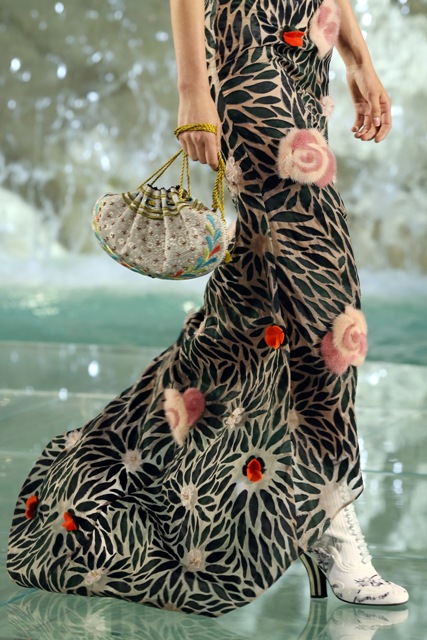 Bella Hadid led the finale brigade of models across the waters in a fur-trimmed cape. 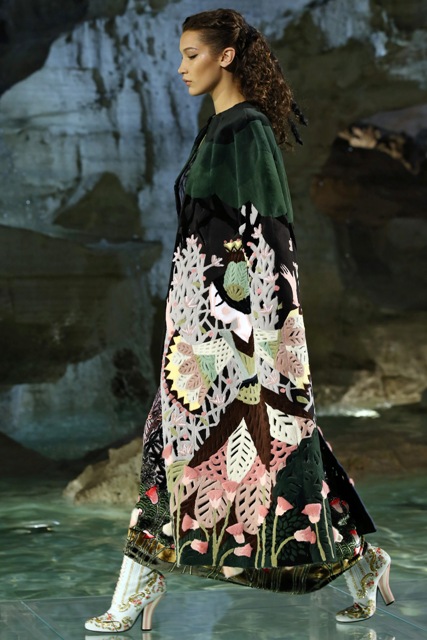 The creative pilotage of Karl Lagerfeld and Silvia Venturini Fendi has enlivened the brand in a hallmark event that will withstand the test of time as a cultural testament to a city where Fendi first opened a small fur atelier and leather goods boutique in 1926.

During the final bow alongside Fendi’s Silvia Venturini, Karl Lagerfeld threw three coins into the fountain, although after staging quite possibly one of the most beautiful runway show venues of all time. 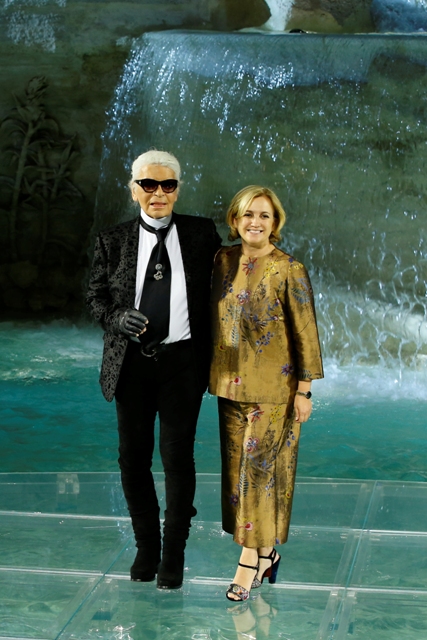