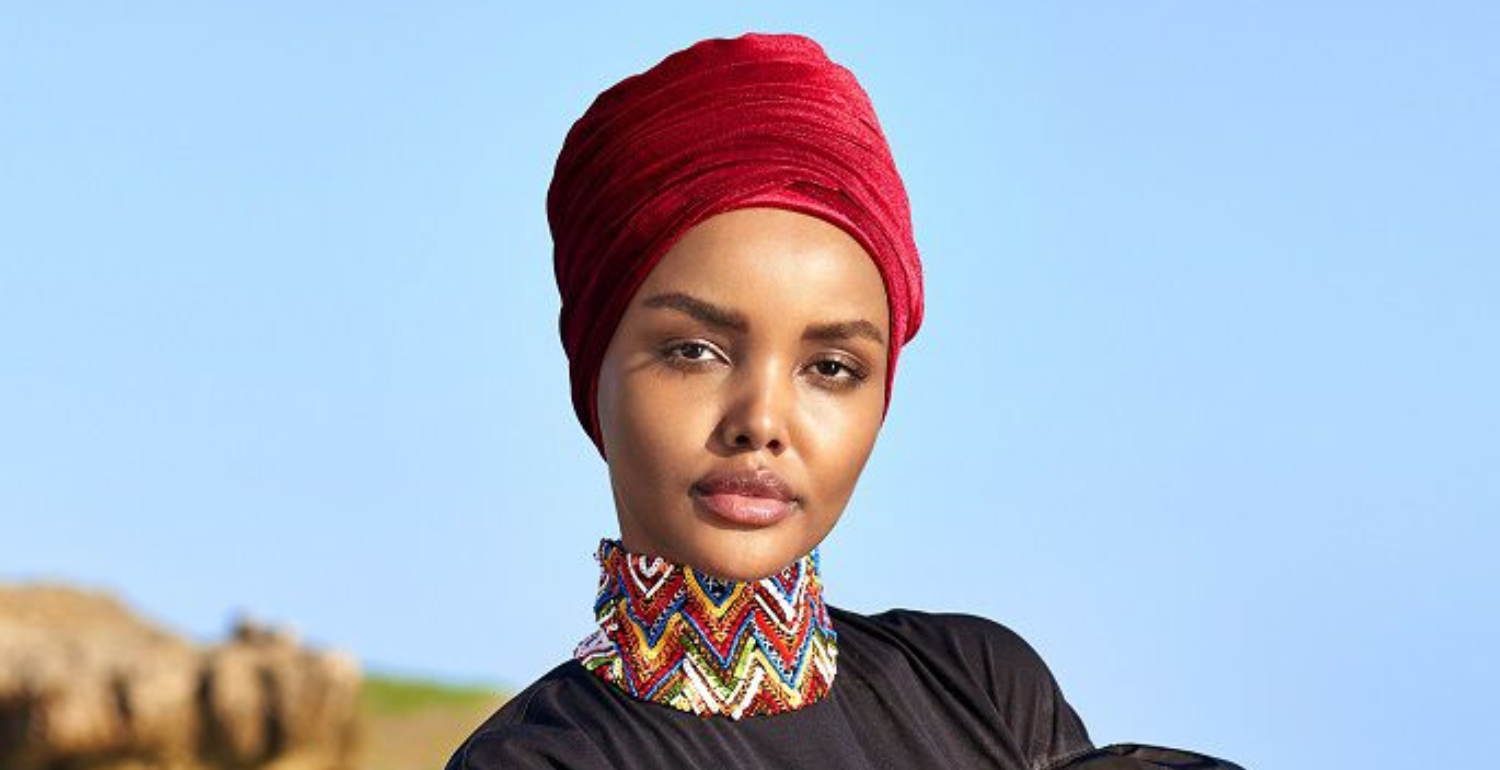 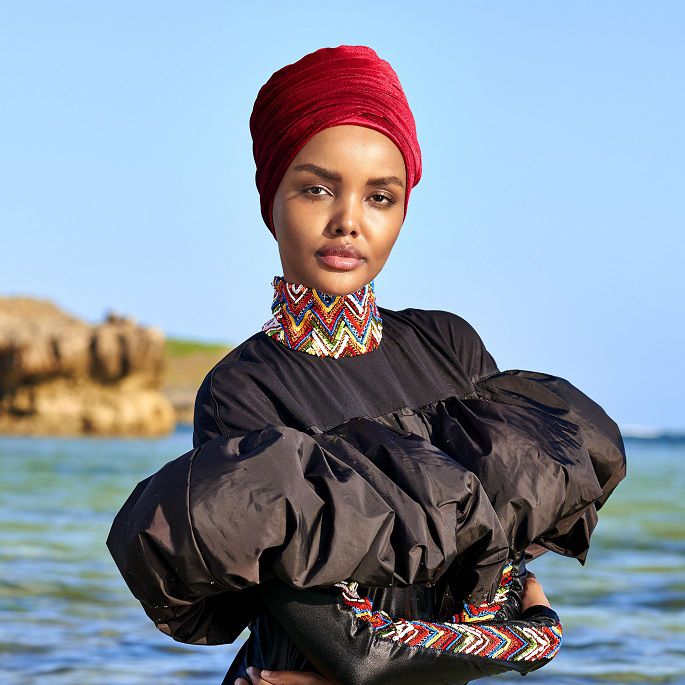 Model Halima Aden made Sports Illustrated Swimsuit Issue history by becoming the first Muslim woman to wear a hijab and burkini in the magazine. While the annual issue has been around since 1964 and has given us legends such as Tyra Banks, Christy Brinkley, and Kate Upton (who famously sported barely-there bathing suits), this year’s installment marks the first time the magazine has incorporated these modest styles into its editorials.

Aden, who is Somali-American, was born in Kenya and lived at the Kakuma Refugee Camp until she was seven years old before moving to the U.S., according to SI Swim. Her editorial came full circle when the crew photographed the 21-year-old model in her picturesque homeland.

“I never really felt represented, because I never could flip through a magazine and see a girl who was wearing a hijab.” @halima #shatteringperceptions #SISwim • • • @hemingwayscollection @officialkenyaairways #HemingwaysWatamu #LetKQTakeYouThere

“We brought her to both the turquoise water and white sand beaches of coastal Malindi and the mind-blowing Masai Mara at Hemingway’s Ol Seki Mara Camp,” editor M.J. Day told People. “Everything she saw was a first for her, and when we touched down on the airstrip on the Mara, there were giraffes roaming around, just seemingly waiting for us right there and she just lost it.”

For Aden, the opportunity to take part in a momentous shoot without compromising her morals and values is both exciting and validating. She posted a stunning image from the shoot and behind-the-scenes video to her Instagram, along with an empowering caption:

Don’t change yourself .. Change the GAME!! Ladies anything is possible!!! Being in Sports Illustrated is so much bigger than me. It’s sending a message to my community and the world that women of all different backgrounds, looks, upbringings… can stand together and be celebrated. Thank you so much @si_swimsuit & the entire team for giving me this incredible opportunity.

Don’t change yourself .. Change the GAME!! Ladies anything is possible!!! Being in Sports Illustrated is so much bigger than me. It’s sending a message to my community and the world that women of all different backgrounds, looks, upbringings… can stand together and be celebrated. Thank you so much @si_swimsuit & the entire team for giving me this incredible opportunity.

Lensed by photographer Yu Tsai, Aden wore two custom-made burkinis, one of which was created by Cynthia Rowley, according to ELLE. “When we were approached to create a custom burkini for Halima, I was so honored,” Rowley said in a press release. “Halima is making strides in the industry through her powerful voice and she is now the first model in history to wear a burkini in the Sports Illustrated Swimsuit Issue. This moment in particular marks a huge win for women’s empowerment, shattering outdated standards of beauty and identity in the industry.”

Like her peers Priyanka Chopra, Vanessa Williams, and Olivia Culpo, Aden previously competed in beauty pageants. When she was 19 years old in 2016, Aden participated in the Miss Minnesota USA competition and wore her hijab throughout the event, according to the Today Show. She also wore a burkini during the swimwear portion of the event.

Although she only made it to the semi-finals of the pageant, Aden eventually signed with IMG Models. (Gisele Bundchen, Alek Wek, and a slew of Victoria’s Secret Angels are all signed to the agency). Since then, she’s landed various campaigns (Fenty Beauty!!), editorials, and walked down numerous runways (including Kanye West’s Yeezy season five show).

Great Escapes
As a new study extols the virtues of holidaying with your friends, we make a case for the all-girls getaway.