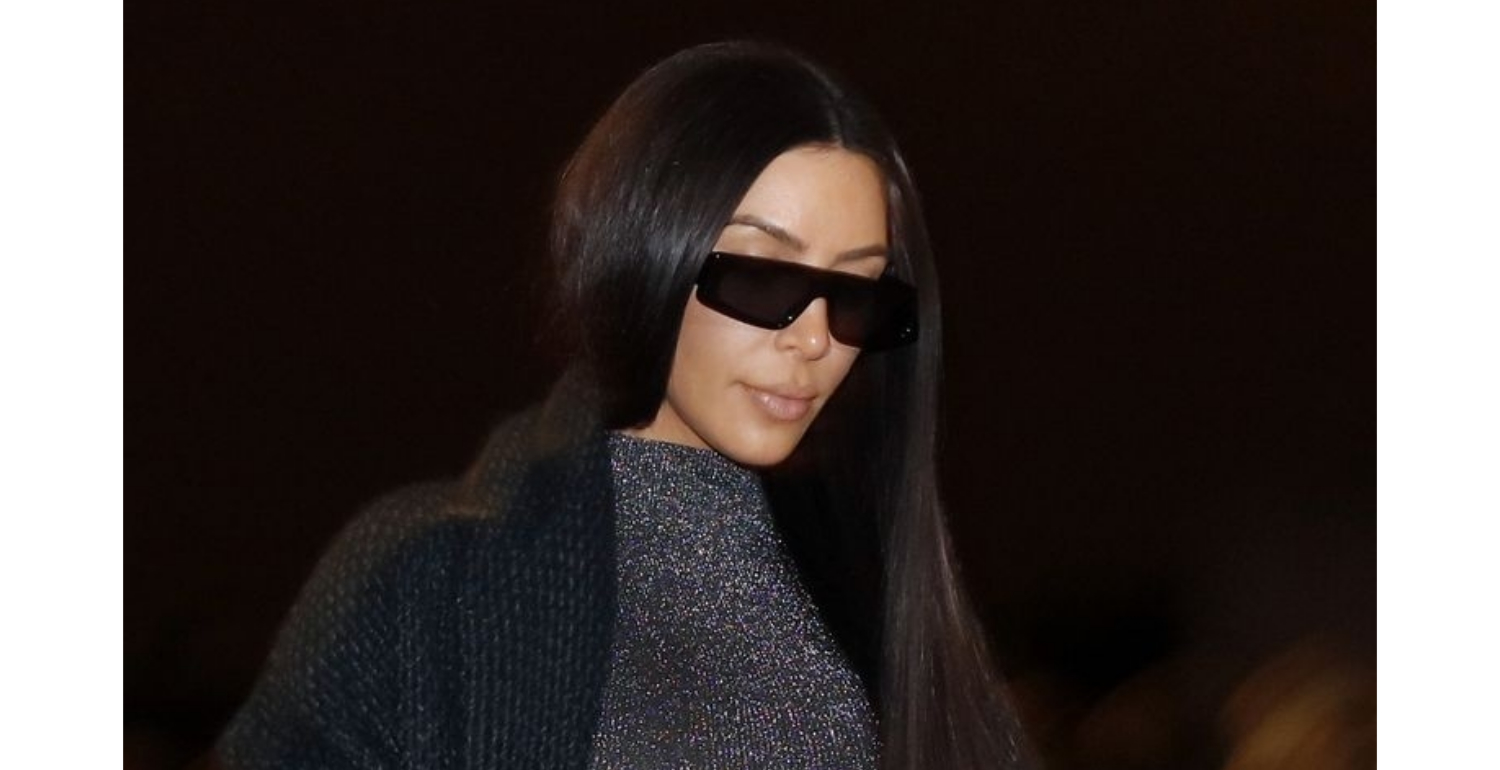 Fashion /
Fashion News
It leaves absolutely nothing to the imagination.
By Amy Mackelden 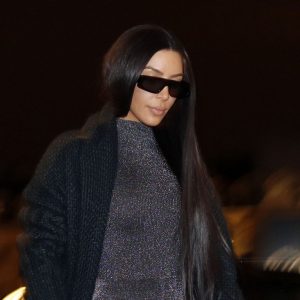 Kim Kardashian West loves a naked look, which she proved once again when she stepped out in Paris this week.

Her latest look, which she wore to dinner at Ferdi in the French capital, consisted of a super sparkly, skintight catsuit, of which the legs were totally transparent. To finish the look, she wore a floor-length, chunky-knit cardigan, and strappy silver heels. Basically, Kim’s onesie was a real showstopper: 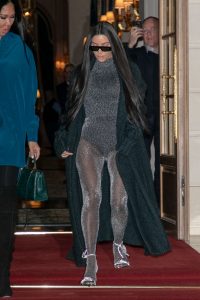 According to Cosmopolitan, Kim was hanging out with Kimora Lee Simmons. Her restaurant trip followed a visit to Hermès. And it’s worth noting that the legs of Kim’s catsuit are like pantyhose, meaning that the outfit couldn’t have been easy to put on or take off: 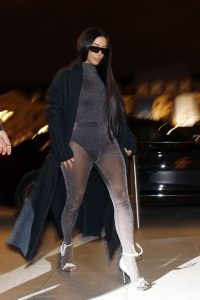 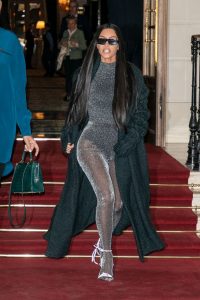 The Kardashian sister regularly rocks see-through outfits. Recently, she wore a Grecian-inspired dress by Thierry Mugler which left very little to the imagination:

Instagram account Diet Prada recently highlighted the fact that Kim has regularly been copying Campbell’s iconic ’90s looks. The reality TV star appeared to address the copying claims on Instagram by captioning a recent photo, “Naomi Forever 💛💫”—making it clear that the supermodel is very much her style inspiration right now.