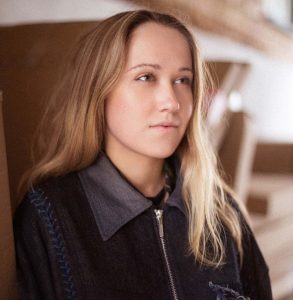 Sustainability is fashion’s word du jour. As consumers are beginning to care more and more about the provenance of their clothes, the industry has started to shift. Numerous luxury brands, from Michael Kors to Victoria Beckham, have pledged to go fur-free, while huge conglomerates such as LVMH have announced plans to adopt sustainable practices.

However, few labels can truly say that they are as committed to the cause as Bethany Williams – the second recipient of the Queen Elizabeth II Prize for Design. The London-based designer tackles both social and environmental issues, reinventing the typical production process by turning it into a virtuous cycle. The results are streetwear with a social conscience. The fashion world has taken note – Williams has attracted a list of cult stockists including The Library and 50m in London, Odd 92 in New York, Galeries Lafeyette in Paris, Nid in Tokyo and Rare Market in Seoul. 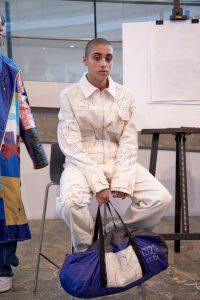 So how does Williams work? Take her latest collection Adelaide House, named after a women’s shelter in Liverpool that houses the homeless, domestic abuse survivors, and prison-leavers. She enlisted artist Giorgia Chiarion to create a series of portraits of Adelaide House residents and abstract paintings of Liverpool – these were then incorporated into the collection. She then utilised newspaper waste from the Liverpool Echo, covering thin strips with wax then weaving it – with the help of residents of San Patrignano, a drug rehabilitation centre in Italy – into a textured material which was made into an A-line coat and trousers.

All her work is made in the same way, using different charities and taking an active role in helping them, rather than just donating money – although she does also donate a percentage of sales to the respective foundation.

Williams, 29, has volunteered at shelters and soup kitchens for years, and it was this – along with a socially conscious and environmentally-aware family – that made her question the way the fashion industry works. It was when she was working in a foodbank in Brighton where she studied Critical Fine Art that she decided to use fashion as a tool for change. She later got a job at Garage magazine, which heightened her awareness of how much potential and influence the industry has. 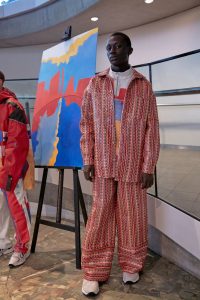 “It shocked me how many people were using foodbanks and how many shelters were closing,” she said. “At that time, homelessness in Brighton was increasing hugely, so it was scary to see those services closing. I was aware of how much power and influence the fashion industry has but also that there are so many people in this country who can’t afford it. I just thought, ‘How can I connect the two? How can I use it as a tool for good?’”

Williams does a lot of research into the charities she works with, which have spanned Vauxhall Food Bank and the Quaker Homeless Action charity library. She volunteers with them to accurately find out what they need and then identify areas that she might be able to help. Then she uses those in need of a second chance to form part of the production line, giving them self-worth and self-esteem.

“If you volunteer, you get to see how everything works,” she says. “With the mobile library, they needed books in Italian and Polish, so I wanted to work with a publisher who could help us with those specific things – it wouldn’t have helped if Hachette, for example, had given them a load of books that couldn’t be read. Then the book waste was worked on by women at San Patrignano to turn it into materials that we could use to make clothes. It’s about trying to make a cycle of production rather than just a production line. It’s a different way of operating.” 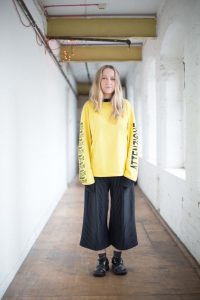 Such a different way of operating is time-consuming, and therefore expensive. A jacket starts at £750 and a sweatshirt at £550. Williams acknowledges that this puts her in a difficult position – that only a wealthy few will be able to buy her clothes – but she believes that it’s down to those with big incomes, who are in a position to spend more on ethically made pieces, to shop responsibly.

“If the consumer who does have the money makes the right decision about what they buy, then that will trickle down from luxury to high street which effects people day-to-day – those shoppers then might be able to afford an organic cotton T-shirt, something that’s not badly produced,” she reasoned. “The single mums that I work with who can’t even afford school uniforms aren’t going to be asking, ‘is this organic cotton?’ so it’s the person who does have a big disposable income that has the power to change the market and ask the questions.” 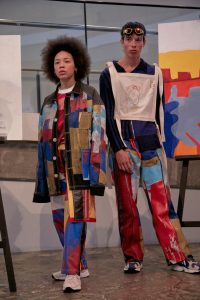 Williams believes that a circular economy is the future for luxury fashion brands – making products that can be recycled and be reconstructed, and limiting how much is created, so eradicating waste. Her goal is to set up a UK-based social manufacturing unit.

“I’d set it up as a training programme and run it as a social enterprise,” she says. “I’d have different structures, so my brand and my wholesale business, then consultancy, lecturing and teaching and exhibit as an artist. I’d use this as a system rather than a brand. I’d have a separate part that would focus on social programmes around manufacturing. I could give away parts of my manufacturing to people that need employment or a chance to learn new skills.”

For now, she’s focused on presenting her show during London Fashion Week on Tuesday, 19 February, after which the Duchess of Cornwall will present her with the prize itself.

“I just burst out crying when I found out, I didn’t expect it all,” she says. “I feel extremely honoured and so grateful. I met Prince Charles and he was really nice. He made load of jokes about the oversized shapes. He was like, ‘you could fit two of me in that.’” 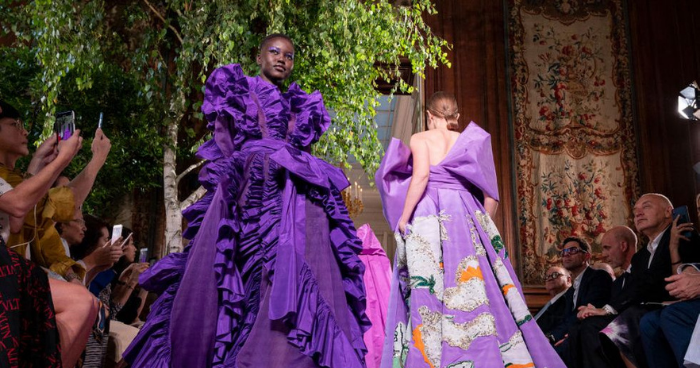 Valentino is the Latest Designer Brand to go Fur-free 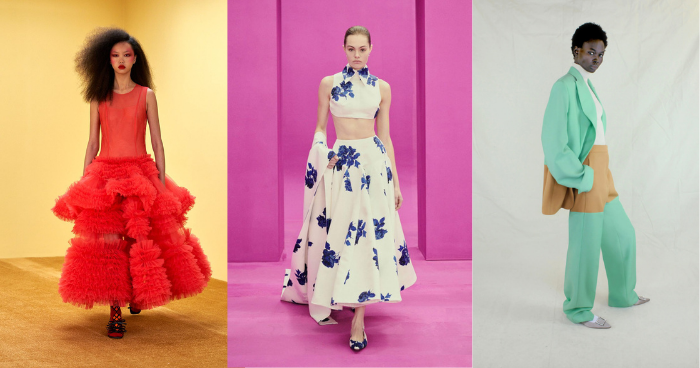