In a feathered gown with a plunging neckline. 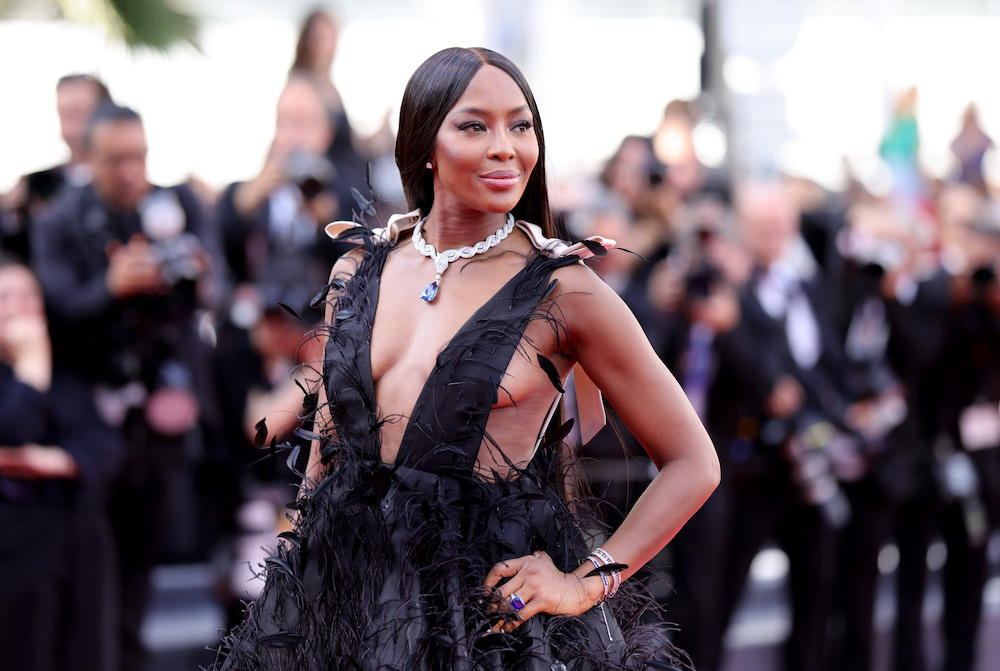 Leave it to Naomi Campbell to transform the 75th Cannes Film Festival red carpet into a runway.

Yesterday, the legendary supermodel appeared for a screening of Decision to Leave (Heojil Kyolshim) at the prestigious film event dressed in a captivating outfit, complete with a generous dose of side boob, courtesy of Valentino's haute couture spring/summer 2022 collection.

The dramatic black gown, which was covered in head-to-toe feathered embellishments, included a strappy top with a plunging neckline held up by two blush-hued ribbons. In effect, the risqué bodice provided an example of red-carpet side boob done right. 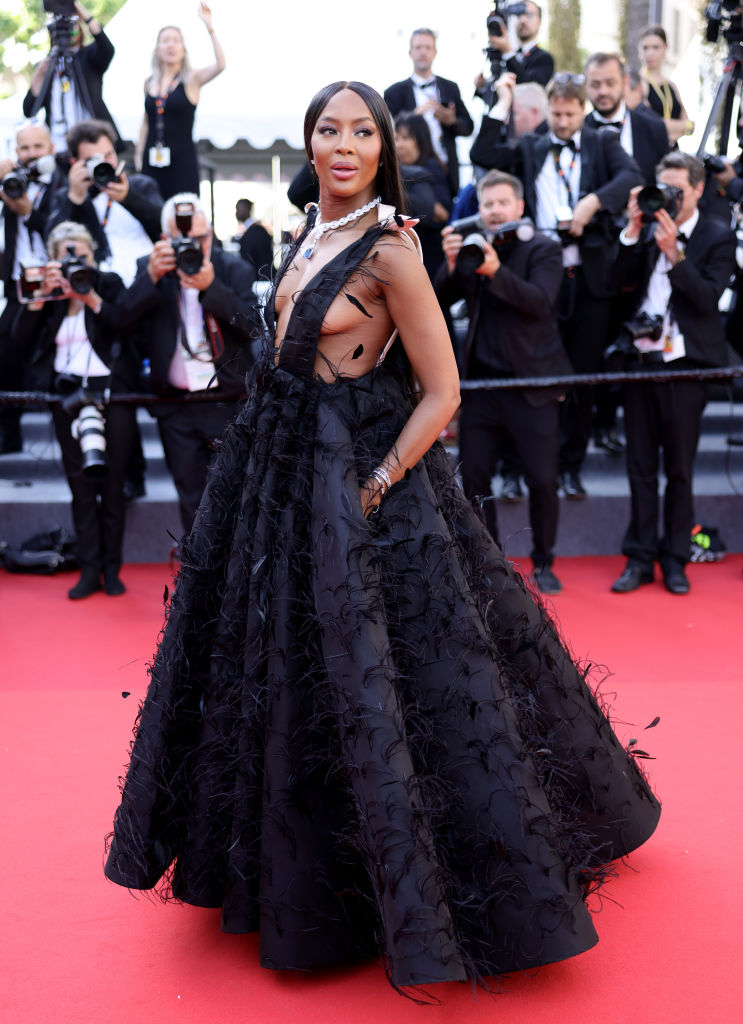 This past Saturday, the supermodel made another dazzling appearance in Valentino while attending the Celebration of Women in Cinema Gala hosted by the Red Sea International Film Festival.

Campbell opted for a long-sleeved gown with floral embellishments doused in the Italian fashion house's signature shade of hot pink, which creative director Pierpaolo Piccioli first introduced on 40 looks in the fall/winter 2022 collection. 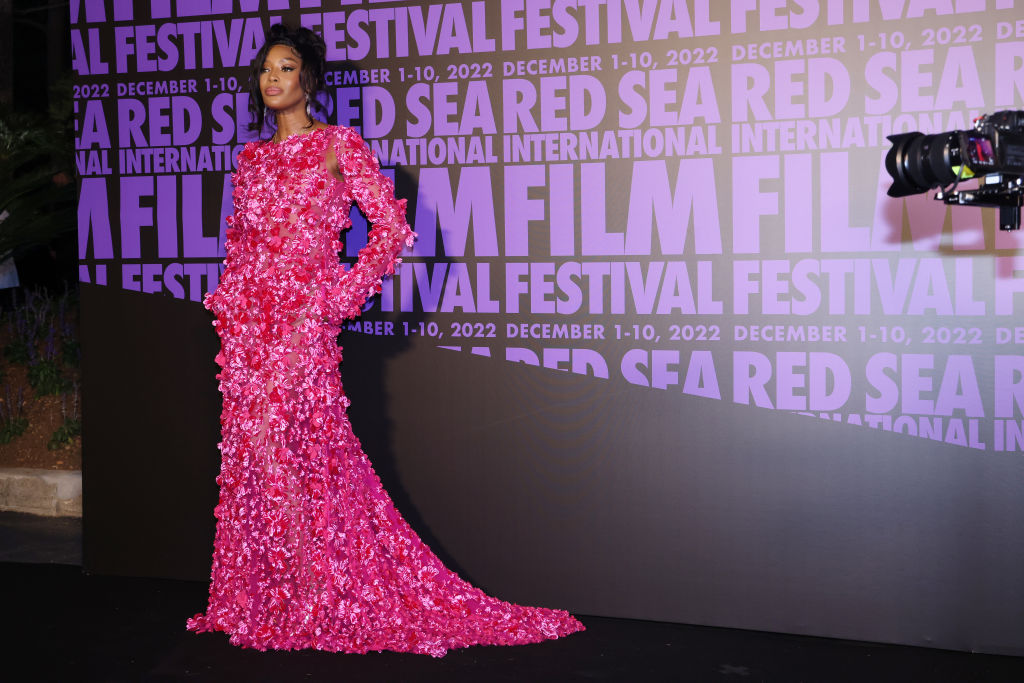 "Stripping the palette down to a single hue, relentlessly, [Piccioli] does more with less, maximizing expressive possibilities in the apparent lack of possibilities," the show notes stated. "The accumulation of pink elements is such as to eliminate the visual shock to bring out, together, the unique character of the person, expressed by the face and the eyes, and the work on the pieces of clothing: the signs that shape them into a silhouette, the textures that give them consistency, the decorations that are part of the construction. The subtraction is, in fact, amplification, magnifying both the humans and the clothing."

Other celebrities—like Anne Hathaway, Zendaya, and Gigi Hadid—have since been spotted wearing the famous colour.