Our first official look at #PenelopeCruz as #DonatellaVersace has arrived! ?? The Oscar winner stars in ‘The Assassination of Gianni Versace,’ the new installment of #RyanMurphy’s award-winning #AmericanCrimeStory franchise. Click the link in our bio for more details. ?: Alexei Hay for EW

A post shared by Entertainment Weekly (@entertainmentweekly) on May 23, 2017 at 8:11am PDT

Backstage shots have shown Cruz dressed in a Donatella-esque black leather ensemble and bodycon red dress, but this pink gown appears to be her hottest one yet. (Just imagine what the rest of her wardrobe will look like this season.) 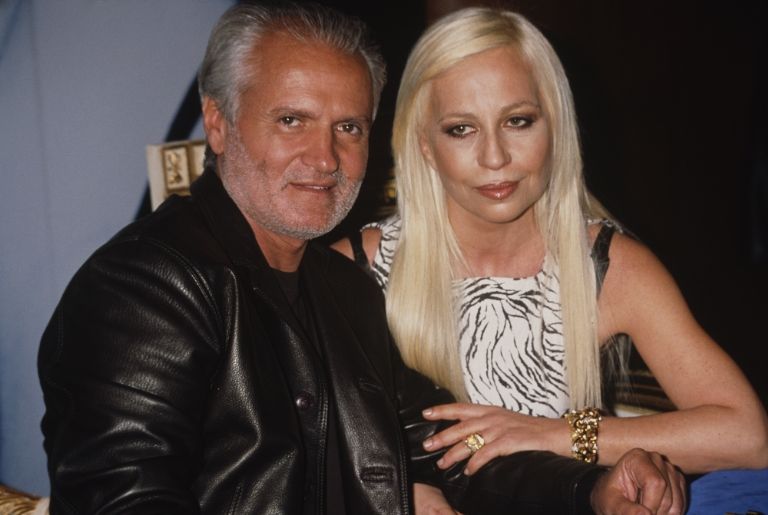 Gianni and Donatella Versace circa 1996. Image by Getty

The Assassination of Gianni Versace: American Crime Story follows the murder of the titular fashion designer and brother to Donatella (played by Edgar Ramirez) in 1997 by Andrew Cunanan (played by Darren Criss). In addition to Cruz, the cast also includes Ricky Martin as Gianni’s partner Antonio D’Amico.

The miniseries premieres in 2018.