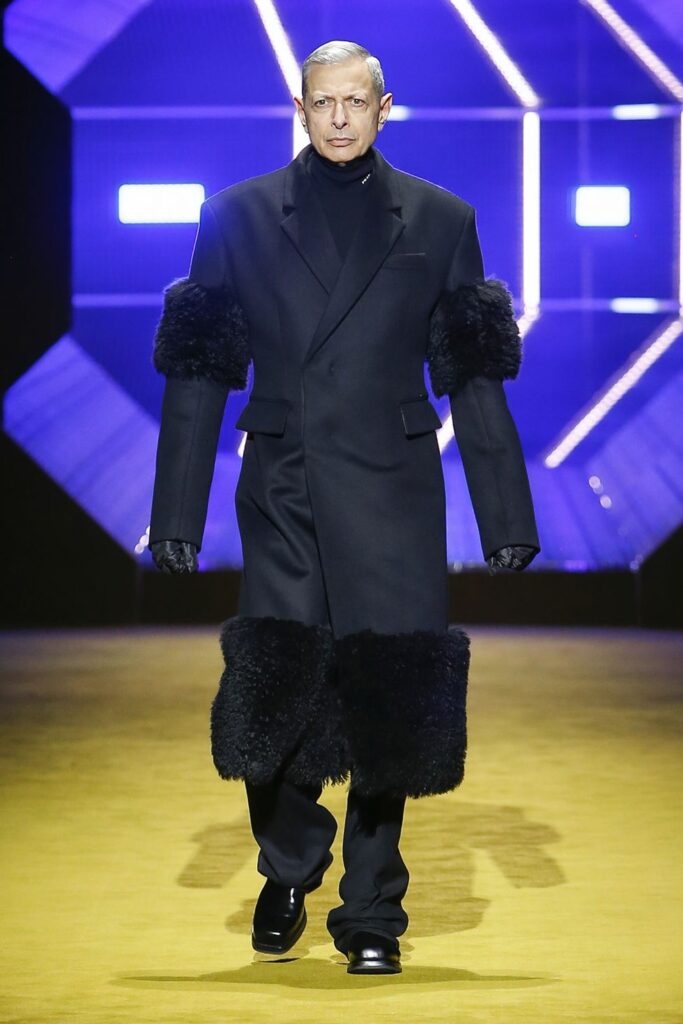 Work has mutated over the past few years, with traditional office structures falling apart and transforming according to virtual and in person concerns. With Prada’s fall/winter 2022 collection, called “Body of Work,” co-creative directors Miuccia Prada and Raf Simons celebrates workwear using masculine silhouettes and tailored looks that eschew a free-form, casual mindset.

A post-show release from the Italian luxury house reads, “Garments exemplify a constructed modernism, their inherent architecture serving to define shape and form. The body is given emphasis, shoulders and waist delineated through traditional tailoring, a silhouette then transmuted to everyday garments, the two disciplines not only juxtaposed but brought together as one. Through fabrication and methodology, an equal gravity is given to each genre of clothing – every facet of reality is offered significance, a sophistication and esteem, a lasting value.” 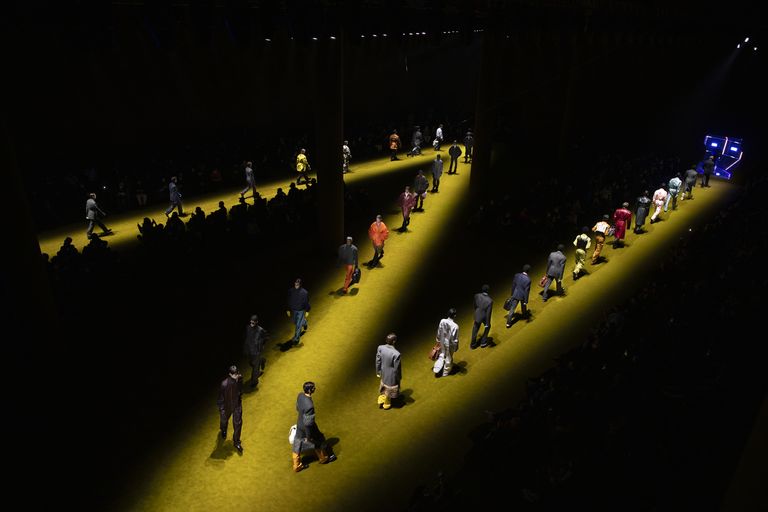 Twin Peaks star McLachlan opened the show in a distinguished look, with a full-length navy overcoat covering a shiny blue jumpsuit, a common base layer for the collection that extended to gloves. The futuristic, somewhat-muted look opened the door to the bolder presentation of the leather and silk-tech overall, an eye-catching example of what the house called, “universal clothing.” 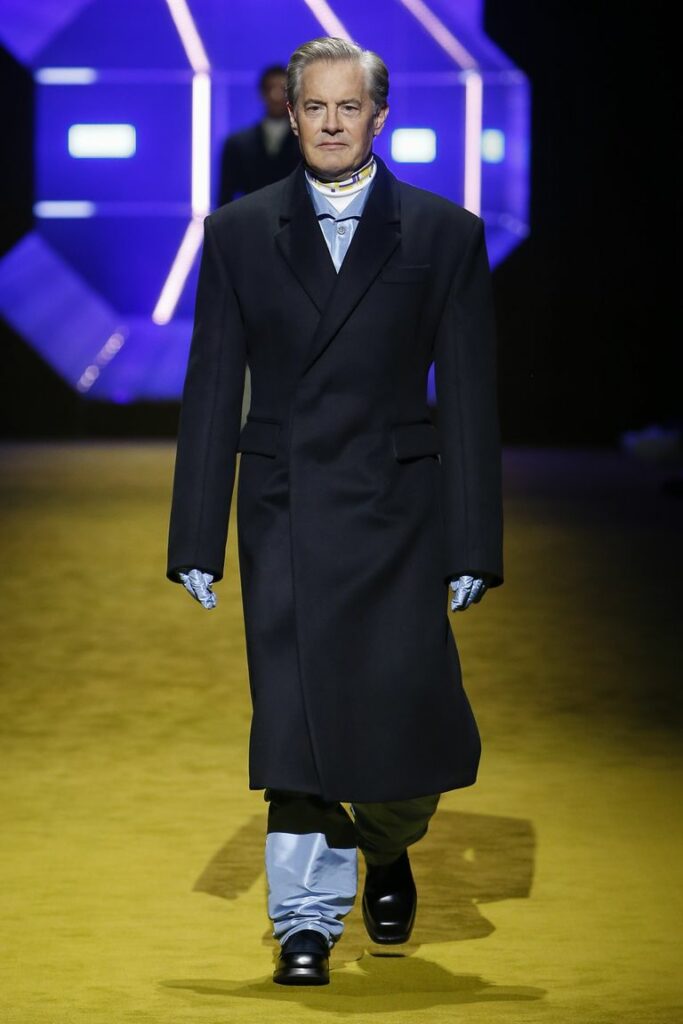 In the styling, which from straight silhouettes to dramatically cinched waists, “The body is given emphasis, shoulders and waist delineated through traditional tailoring, a silhouette then transmuted to everyday garments, the two disciplines not only juxtaposed but brought together as one,” per the release. 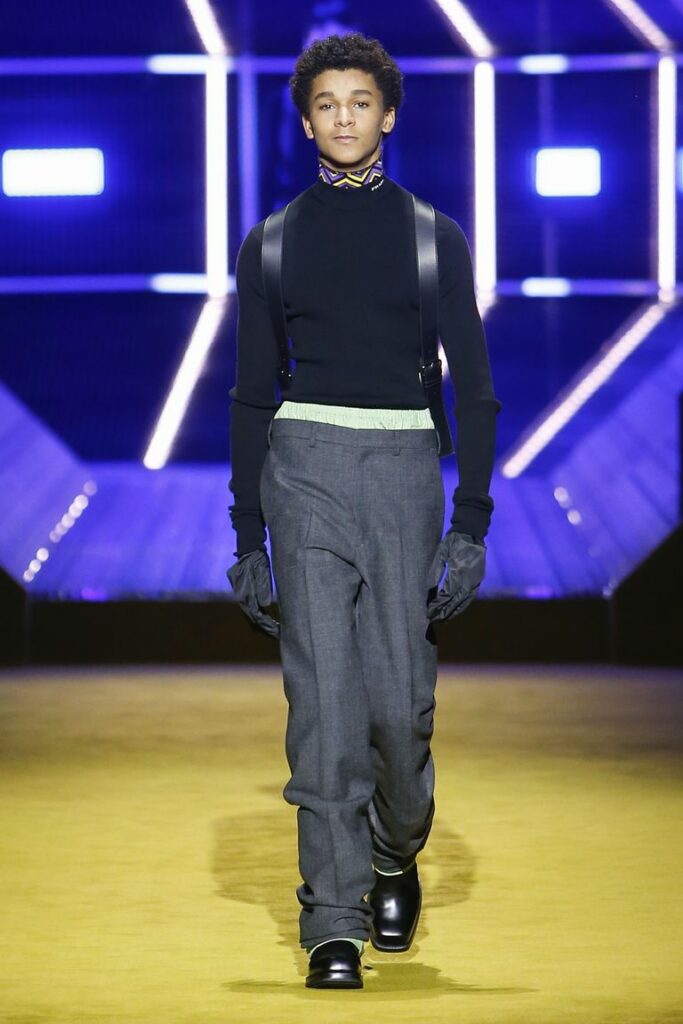 To close the show, Jurassic Park star Goldblum showcased an all-black look, highlighting a tailored coat with fur at the shoulders and trim. The bold detailing is another feature of the collection, dyed in several bright colours and adding levity to the stark looks. 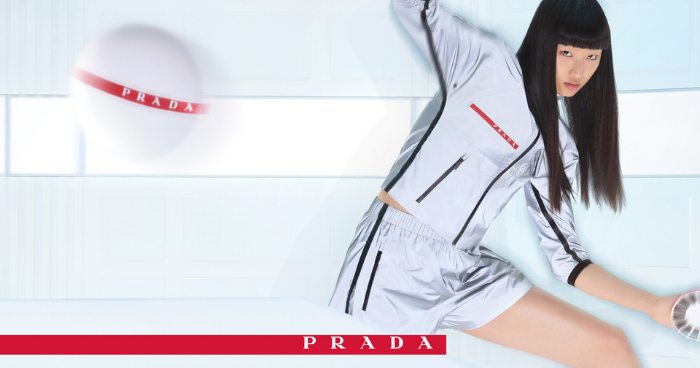 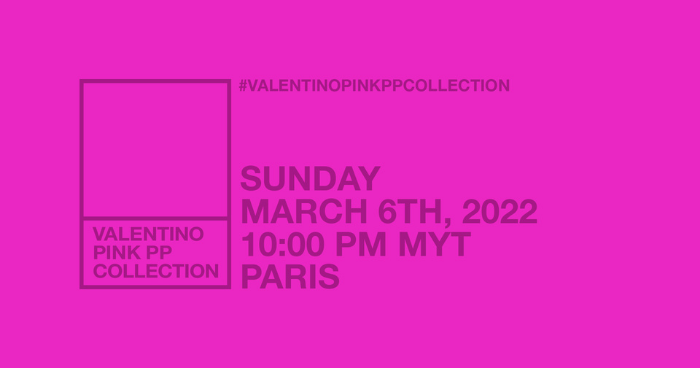 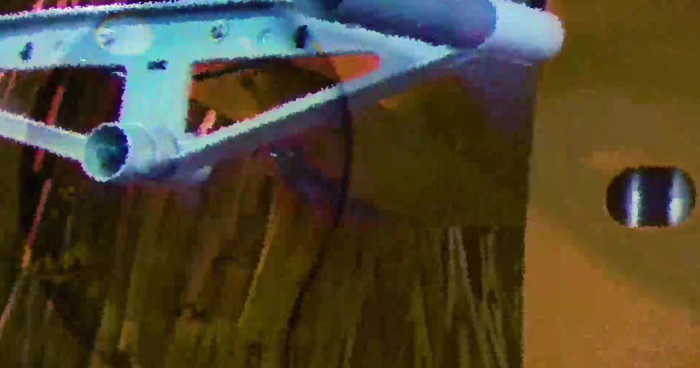