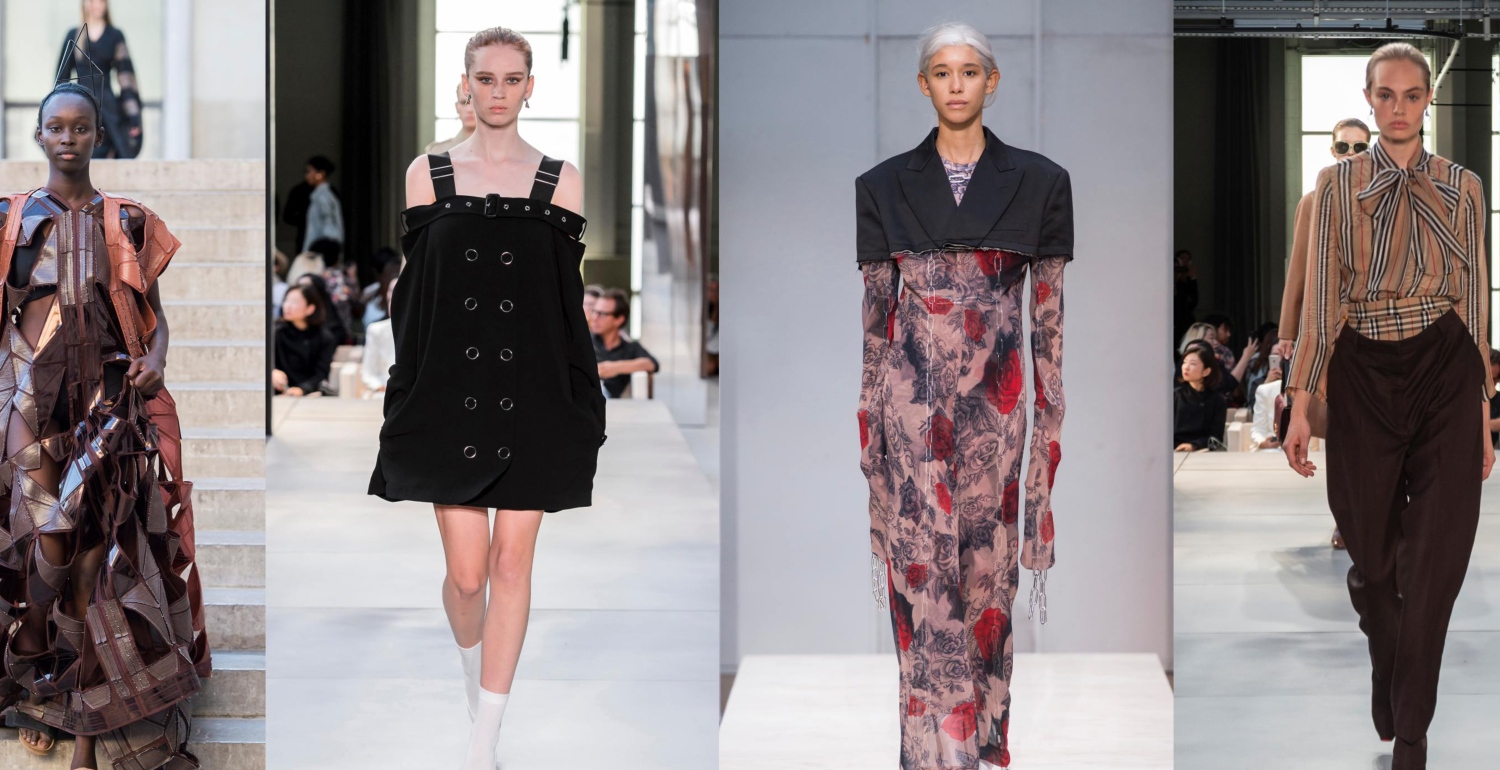 Fashion /
Fashion News
A rebellious sense of indviduality is taking over the Spring/Summer ’19 collections.
By Amy Yasmine

In this age of hype, where social media reigns supreme, fashion’s role as a progressive incubator has waned. Italian critic Angelo Flaccavento said it best on the Business of Fashion last January: “The profit motive killed the magic, and Instagram did the rest. Influencing is the art du moment. Does anyone actually care about the product?” A just question to ask really, when you consider the barrage of logo-centric tracksuits, bum bags, and skinny sunglasses on every runway and street-style star’s Insta-feed, perennially sensationalised by the Kardashians. This Spring/Summer ’19, however, change was on the horizon as the collections brought about a season of renewed individualism, backed by a rebellious spirit that relentlessly defied the status quo.

Take Jonathan Anderson at Loewe for example, whose proposition this time revolved around the freedom of movement. “I had the idea about people walking through a gallery space who are individuals but connected by a common thread,” he said in an interview, which in Anderson-speak, translated into a mishmash of deconstructed silhouettes, elevated with an artisanal touch. I recall my experience of attending the designer’s most recent show, sitting across Japanese artist Ryoji Koie’s spinning ceramics installation, as models stormed out in finely knitted dresses with lace-up leather lapels, patchwork suede skirts, and gunny sack bags. Strong and confident women, who ultimately did not give a damn if their skirts were unravelling at the seams. This same IDGAF attitude could also be seen at Burberry, whose latest creative director Riccardo Tisci set a new chapter for the British heritage label with his ladylike approach to punk. It was a celebration of all things British; pierced and studded trench coats cinched at the waist with leather corsets, ripped-up denim jeans worn with flouncy tartan blouses—insert ’70s punk reference here—reconstructed off-shoulder dresses upcycled by trench coats, with belts used as shoulder straps, or even a quirky detailing on a strapless column mini. Individualism was most pronounced, as its DIY element peeked throughout. 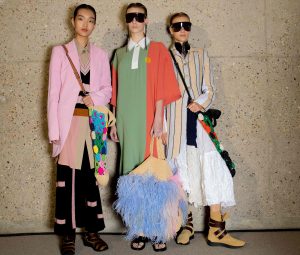 It’s reminiscent of the anti-conformist mood that very much defined ’70s punk subculture, its grand dame of fashion led by Vivienne Westwood. As a means to rebel against authority and mass consumerism, everyday objects were reappropriated into pieces of clothing—safety pins and rugged studs became adornments, a black bin liner became a dress, while razor blades were often used as jewellery. Today, that conviction has grown beyond just graffiti-ed shirts and ripped-up trousers, and instead, intellectualises anti-conformist ideals with a less aggressive direction.

Japanese designers such as Rei Kawakubo and Yohji Yamamoto are masters of this. So while Jonathan Anderson, Miuccia Prada, and Riccardo Tisci pushed the envelope with wearability in mind, the former two walked a conceptual path. For Rei Kawakubo at Comme des Garçons, this meant conveying the current zeitgeist into abstract forms—sometimes, it’s an amoebic blob suspiciously made out of white wadding, other times, it’s a mountainous layering of dresses, its silhouette exaggerated to the point of even outsizing the runway. This season, Kawakubo turned to her inner psyche as the subject of choice; an autobiography surmised into 30-strong looks comprised of chains, ripped-up coats, and a blanket transformed into a dress—quite fantastical on a visual level. However, read between the lines and you’ll discover a far more harrowing suggestion—the trials and tribulations of being a woman, a creative, all the while leading her multi-billion-dollar company. Elsewhere during Paris Fashion Week, Rick Owens and Yamamoto got political, as the latter focused on “anti-racism, anti-crazy global warming”, and the former, on Russia’s unfinished Tatlin’s Tower (all this, amid Robert Mueller’s Trump-Russia probe). In this context, the American designer flanked out ragged Star-Spangled Banners and draped them into flowing capes and oversized kaftans, while origami-ed leathers were paired with jersey-ed balaclavas, a cross between athleisure and a hijab. Was the designer also taking a jab at America’s current immigration crisis, or even, the world’s immigration crisis at large? 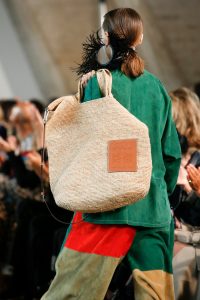 Often, fashion is considered a reflection of society and times we live in. In the ’40s, women’s clothing were rationed due to World War II—gone were the decade’s excessive trimmings, plissées, and adornments. In its stead, handbags came equipped with gas masks, rayon replaced silks, while hemlines rose with fabric restrictions. In more recent times, athleisure is an indicator of the liberated 21st-century woman—always on the go, and on her feet. But today, the question remains: has reality pushed the fashion consumer to its edge, requiring some much-needed escapism? Or have we become so blatantly blinded by consumerism, that it is fashion we need to help us open our eyes? Either way, I am with renewed hope for the coming season, because what is fashion, without a little imagination.