Alessandro Michele’s Cruise Show was nothing short of spooky in the ancient Provencal city of Arles. A cemetery walk that was literally on fire — Alessandro Michele made plenty of pop culture references in contrast to the 1700’s setting. Michele was greatly inspired by the idea of death and his fascination was apparent in the ghostly motifs and dark feel of the show, all to the haunting soundtrack of Claudio Monteverdi’s “Vespers of the Blessed Virgin”. Here and there were pieces adorned with symbols from ancient graves as well as models wearing death masks and the black veils of widows.

Here are some things you should know about the collection:

1. The Arli Bag was introduced

The Chateau Marmont bags and the Rajah bags weren’t the only arm candy that stole the show. A new key style, the Arli collection of bags is named after the ancient French city of Arles, where Gucci staged its Cruise 2019 show. First seen on the arms of Gucci’s models walking through a Roman necropolis in this cultural centre of Provence, the Arli is an elegant style which works both as a day and evening bag and comes in three distinctive shapes.

Named from the Sanskrit word which means prince or king, the collection features hardware shaped as a tiger head with an open mouth in a roaring expression that shows the process of the graceful and regal creature, an animal synonymous with Alessandro Michele’s creative vision for Gucci. Gucci motifs are combined with the tiger head as details on the bags – the Web stripe and a new mix of two archive symbols, the Horsebit and the Interlocking G – the letters in an unconventional and modern mix of gold and silver hued metals. 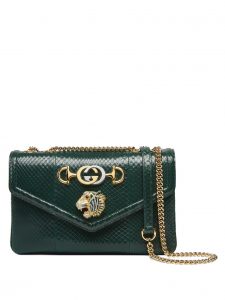 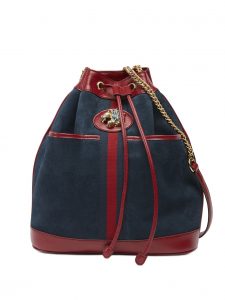 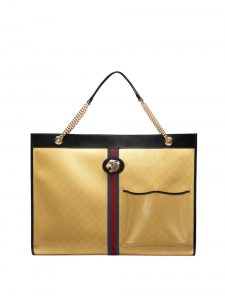 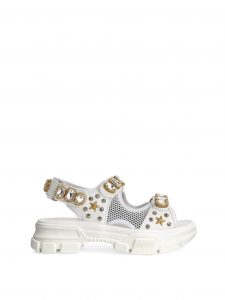 Leather and mesh sandal with crystals

A sneaker-sandal hybrid is inspired by the hiking world. With a dynamic mix of leather an mesh on a chunky sole, embellished with metal studs and crystals set in engraved metal castings. All while paying homage to eighties video gaming culture, the Gucci logo is presented in SEGA’s logo font. 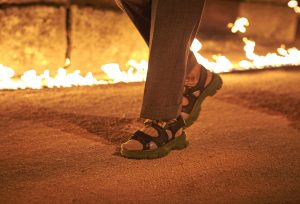 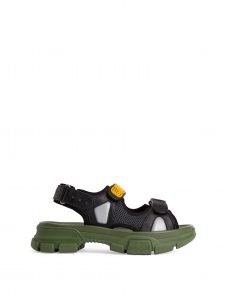 4. A nod to the Chateau Marmont

And of course, how can we forget the Chateau Marmont collaboration as a nod to the decadent (and very goth) hotel in Los Angeles? The famed hotel’s logo appears on ready-to-wear pieces from Cruise 2019; the faun graphic is Pan, the god of the wild, shepherds and flocks. He is depicted on the original fountain in the courtyard colonnade of the Chateau Marmont and is considered the mascot of the hotel, appearing on the laundry bags, cocktail stirrers, slippers and bath amenities. Pan has lead the Chateau Marmont since the inception of the hotel in 1991. 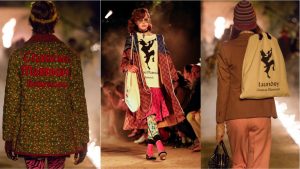 The collection was a kaleidoscope of pattern, texture, colours and mood with references from actor and musician Billy Idol to Sega. A homage to eighties video gaming culture, the Gucci logo is presented in SEGA’s logo font while Major League baseball team logos and the characters of ‘The three little pigs’ from © Disney appear on pieces from Cruise 2019. 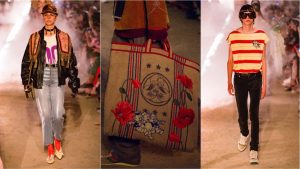 The SEGA font is used with permission of SEGA Holdings Co., Ltd.

That’s right. If you combined both womens and mens look, it came up to a staggering number of 114 looks. There were velvet jackets, dramatic embellished capes, jazzy sequins, lush loungewear, Victorian dresses, oversized crosses, logos and of course — Michele’s version of the corpse bride. The fabrics were rich, and belong to the world of funerals and cemeteries: elaborate embroidered velvets, stoles that recall those worn by priests. There is also references to rock and roll, in the GG lame with hologram effect worn by Harris Reed in a shirt.

Ok, not literally. But among the parade of models who walked the lit runway were reanimated aristocrats, widows, kids playing rock stars and other characters from all points of time and place.  Michele created the venue as if it was a place that belongs to everyone and the idea that death is a fascination. The smoke and darkness were punctuated with moments when a particular detail came into focus—a model with his face covered in a stocking, with eyes bejeweled like a death mask; a lost soul carrying a teddy bear; bouquets of decaying flowers. 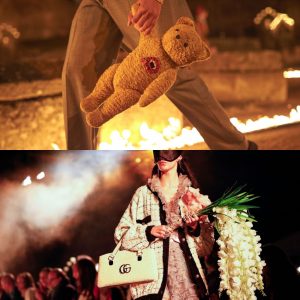 View the full collection at www.gucci.com